Ather 450X is an upgraded version of its 450 model

The company has been approached by 1000 dealerships

Ather Energy has opened booking for 450X for select customers 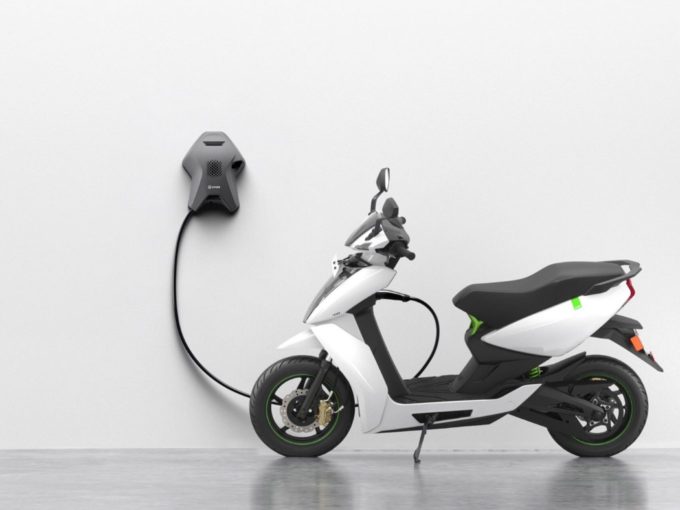 Electric two-wheeler manufacturer Ather Energy, on January 7, unveiled an upgraded version of its 450 model — Ather 450X — which will be launched across India by the end of this month.

Ather’s CEO and cofounder Tarun Mehta also assured that Ather’s 450X model will be based on its 450 model on every parameter — performance, intelligence and connectivity.

The 450 Model is powered by 2.4 kWh Lithium-Ion Battery (LIB) producing 5.4 kW (20.5 Nm) and can go up to 80 Kmph. The model is priced at INR 1.13 Lakh, despite falling under the 5% GST slab. Ather has not yet revealed the price and model specification for 450X. However, a report by Financial Express notes that whether the company continues to sell the 450 will be revealed at the end of this month.

However, the company has already opened the booking for its “super scooter” through its website for select customers. The company has shortlisted only a few of its existing customers who have been showing interest in the company and are a part of its community. They will be receiving a pre-order invite from Ather. The company also told Financial Express that it is receiving orders from all over the country.

Ather Energy has also announced that it will not be limiting its dealership in Bengaluru and Chennai. The electric two-wheeler company has already received proposals from 1000 dealerships across 130 Indian cities, but the company has put it on hold for now.

Even though the company has not yet revealed the cities it will be launching in, it has assured that it will be available in all the major cities in the country. In preparation, Ather also announced that it has set up a new production facility in Hosur in Tamil Nadu, expanding its production capabilities by 20 times.

Ather Energy announced in December 2019 that it is planning to expand its product line and presence in India as well by venturing into 30-35 cities by 2022. Out of these, operations in cities such as Mumbai, Delhi, Pune, Ahmedabad and Kolkata will begin in 2020. The company also noted that it will be launching an electric motorcycle in a span of three to four years.

Founded in 2013 by Swapnil Jain and Tarun Mehta, Tata Motors and Sachin Bansal-backed Ather energy designs and sells electric scooters for the Indian Market. The company had launched two electric scooters Ather 450 and Ather 340 in Bengaluru in June 2018 but delisted the 340 model in September 2019 due to low demand.