With The Government Working Towards All Electric Cars By 2030, Electric Vehicles Are Slowly Gaining Traction In India 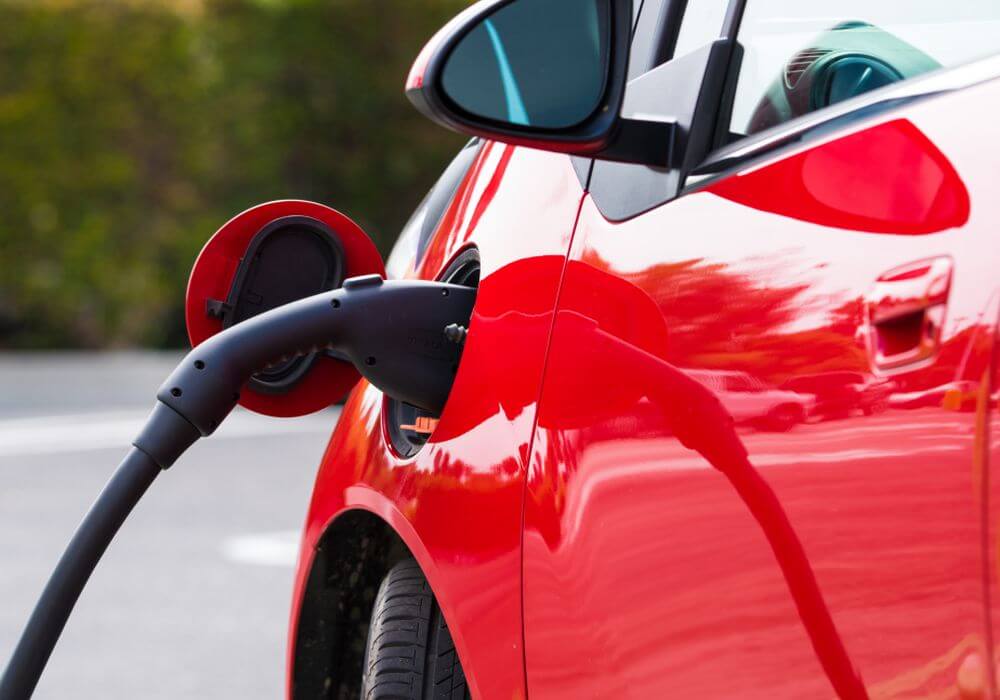 Rivaling Mahindra and Mahindra, currently the sole electric vehicle maker in the country, Maruti Suzuki India has announced plans to foray into the EV space. In a related development, Ashok Leyland is looking to pump $61.5 Mn-$77 Mn (INR 400 Cr-INR 500 Cr) into its electric vehicle business over the next three to five years.

As per sources, the move by the subsidiary of Japanese automobile manufacturer, Suzuki Motor Corporation, is geared towards boosting revenues as the company’s net profit dwindles in H2 2017.

Commenting on the development, Chairman and CEO of Maruti Suzuki R.C. Bhargava at a recent press conference, said, “We will make electric cars. We intend to be leaders in the segment as well.”

The Delhi-headquartered carmaker, however, has not disclosed a specific timeline by when it would start manufacturing electric vehicles. The entry into the country’s fast-growing EV market, Bhargava added, could help push Maruti’s profit growth, which has increased by 3.4% to $382 Mn (INR 2,484.3 Cr) in H2 2017 from $369 Mn (INR 2,401.5 Cr) during the same period last year.

Recently, in the second week of September, the Japanese parent of Maruti India, Suzuki Motor, revealed plans to manufacture EVs at a factory in Gujarat. As part of the initiative, Suzuki has committed $600 Mn (INR 3,900 Cr) for the construction of a new plant at Hansalpur.

The proposed factory will boast a manufacturing capacity of over 250K units. With the investment, the company’s funding in Gujarat has touched $2.1 Bn (INR 13,400 Cr).

Another company that is looking to tap into the electric vehicles market is Ashok Leyland. Owned by the Hinduja Group, the Chennai-headquartered automotive company is gearing up to invest $61.5 Mn-$77 Mn (INR 400 Cr-INR 500 Cr) to bolster its EV business.

Spread over the course of the next three to five years, the investment is aimed at making the company “future ready”.

In a recently media interaction, Ashok Leyland MD Vinod Dasari stated, “We are preparing ourselves for the electric vehicle movement that is going to happen over the next five to 10 years. It’s a question of survival, so we will invest at least $61.5 Mn to $77 Mn over the next three to five years.”

Given that the sector is still relatively young, Dasari believes that manufacturers cannot coerce consumers to purchase EVs. According to him, electric vehicles will start to gain traction only when they are economically feasible and viable for buyers.

He further added that, for the market to grow, the government needs to offer support through investments in electric vehicle technology. Disruption and innovation are essential to bring down battery costs and encourage the adoption of eco-friendly alternatives to conventional fossil fuels.

To that end, Ashok Leyland has adopted a three-pronged strategy to bolster its electric vehicles business: highspeed fast-charging buses, electrically powered buses that can be charged overnight and an advanced battery swapping technology.

Currently being developed in partnership with Sun Mobility, the technology could potentially help eliminate range anxiety of electric vehicles.

What The Government Is Doing To Bolster Electric Vehicles Market

As per a report by the Society of Manufacturers of Electric Vehicles, there has been a 37.5% rise in the sale of EVs in India in recent years. In a bid to achieve 100% electric vehicles by 2030, the government has taken the bold step of reducing tax on electric vehicles to around 12% with the roll-out of GST.

A few months later in May, it was reported that the government is inking a deal with SoftBank for low-interest funding of around 200K electric buses to be deployed in public transport.

Around the same month, Maharashtra Chief Minister Devendra Fadnavis inaugurated the first multi-modal electric vehicle project in India, along with an Ola electric charging station in Nagpur, in order to celebrate the third anniversary of the Narendra Modi-led government.

In July this year, Mercedes Benz urged the central government to offer incentives for the manufacturing of electric vehicles. The German automaker claimed that it would be able to introduce electric vehicles in India by 2020, provided it receives adequate support from regulatory authorities.

In the second week of September, the Karnataka government became the first state in the country to pass an Electric Vehicle and Energy Storage Policy, with a target to raise $4.83 Bn for EVs.

Most recently, the Indian government invited tenders for up to 10,000 EVs that would reportedly be hitting the roads in the national capital region within the next six to eight months. The move is part of a bigger initiative aimed at putting more than 1 Mn electric three-wheelers and 10,000 electrically-powered city buses on the country’s roads by mid-2019.

As part of the initiative, the government is currently holding discussions with 50 companies to raise massive investment for electric vehicles, three wheelers, batteries and charging stations that can be deployed across the country.

What Corporates And Startups Are Doing In The Space

To support the government’s efforts to make India an all-electric nation by 2030, several corporates and startups have forayed into the electric vehicles space in recent times. Chief among them are Tata Motors, Renault, Hyundai, Nissan, Maruti Suzuki, and Mahindra and Mahindra.

At present, Mahindra is the only indigenous EV manufacturer in the country.  The company’s electric vehicle manufacturing arm came into existence in 2010, when Reva Electric Car Company was acquired and rebranded into Mahindra Electric Mobility Limited. Based in Bengaluru, the company sold 4,000 units of its first EV, REVAi Electric Car, in 26 different countries by March of 2011.

In May, Japanese firm SoftBank announced plans to turn Ola into an electric car manufacturer, in a bid to cut losses. Later in the second week of August, In the second week of August, Mumbai-headquartered JSW Energy launched electric vehicles (EVs) in India by 2020. To that end, the company has promised $545.72-$623.68 Mn (INR 3,500-INR 4,000 Cr) investment for the next three years.

Towards the end of last month, it was reported that Tata Motors is looking to foray into the electric vehicle space with a revamped version of its cheapest car, Nano. The multinational automaker has already conducted a road test of the Nano EV in Coimbatore.

Many startups are also working to expedite the development and deployment of electric vehicles.  In October 2016, for instance, Bengaluru-based startup Ather Energy raised about $27 Mn (INR 180 Cr) investment from Hero MotoCorp against 26%-30% stake. Later in May this year, ION Energy secured funding from the founders of OMC power, Nippo Batteries and others.

With rising fuel prices and irreversible environmental damage, traditional fossil fuels are slowly going to get replaced by greener alternatives. In India, the electric vehicles market is growing rapidly as a result of favourable government initiatives and increasing interest among big companies like Maruti Suzuki and Ashok Leyland.