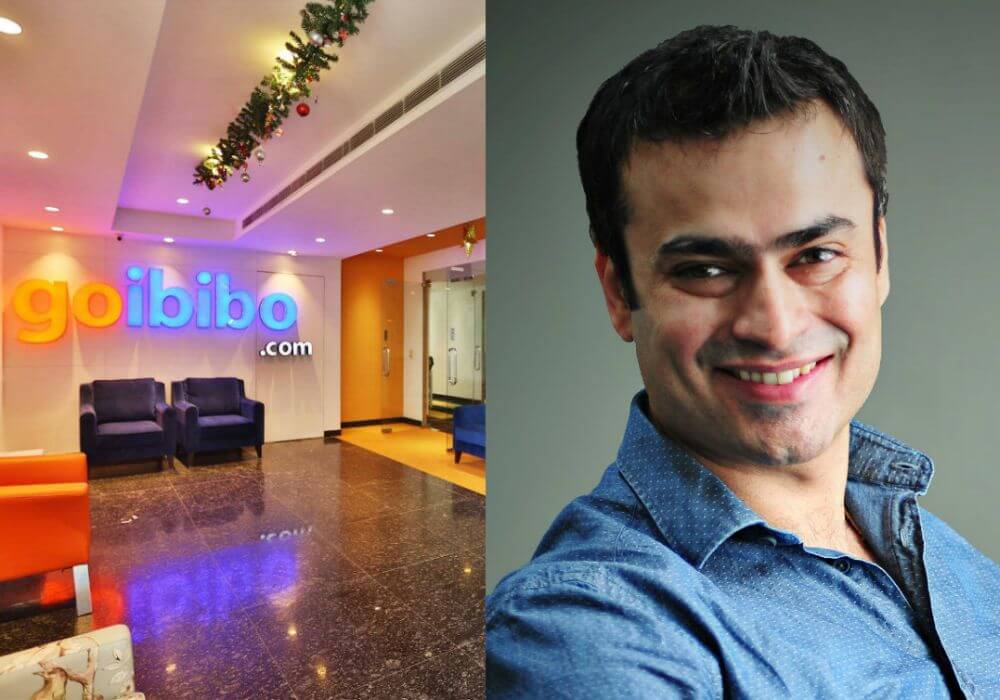 A quintessential tech entrepreneur, Ashish Kashyap has donned many hats during the course of his enviable career — from being the country head of Google India and the co-creator of PayU India (which acquired CitrusPay in 2016) to the main architect of the ecommerce business at Indiatimes. Then, he went on to found Ibibo.

In the nearly 11 years since its inception, the Ibibo Group has grown from a team of eight to a formidable establishment with properties including Goibibo.com, redBus.in, ibibo ryde, YourBus, and Travelboutique to its name. It boasts an international reach across countries like Indonesia, Singapore, Malaysia, Peru, and Colombia.

The company’s flagship apps have reportedly been downloaded more than 25 Mn times and have handled over 24 Mn transactions. In 2016, Ibibo merged with another online travel platform, MakeMyTrip (MMYT); at that time, it’s annual sales was $2 Bn. Ashish, who also became the president of MakeMyTrip after the merger, resigned in September 2017.

Even as Ashish serves his non-compete and non-solicitation obligations for one year from his resignation, the success story he created for Goibibo continues.

As a popular saying goes: “Success is all about people.” The same is true of Goibibo — it was able to cross the $2 Bn sales figure because of the marketing strategies implemented by its people.

There are many other ingredients in the secretsauce of Goibibo’s success,  but Ashish revealed the company’s marketing strategy to us during an Inc42 Facebook Live AMA.

“There were two phases in marketing campaigns that really worked for us. Number one is we launched the GoCash referral programme. The thinking there was very simple i.e. if I am spending INR 100 a day on acquiring new buyers from Google and Facebook, can I move this money to this wallet called GoCash? The viral effect of that campaign was huge. Of course, there were lots of nitty-gritties in terms of execution. But that really helped us back in 2013 to suddenly take off,” said Ashish Kashyap.

Ashish also shared that GoIbibo doesn’t just want to be just a buyer-facing company. It wants to build network effects on its platform (a phenomenon where increased numbers of people or participants improve the value of a good or a service). To this effect, it has integrated user-generated network content. Goibibo’s hotel ranking system works on user feedback and this two-sided network effect is the second thing that helped the company gain a stronger footing.

“Prior to the MMYT merger, the last thing we launched was the GoContacts programme. Here, the thinking was that most companies would do loyalty at an individualistic level. We wanted to create a loyalty programme determined by the behaviour that is demonstrated by networks, rather than individuals,” Kashyap added.

With the positive network effects of GoContacts, the company has been looking at marketing from a prism approach.

As per reports, Goibibo also has a strong promotional strategy that has helped the company reach such heights in its segment. It relies heavily on campaigns that are aired on radio, electronic media, and print media, and its ads are displayed on hoardings, newspapers, and travel magazines.

As part of its marketing plan, the company offers various deals and incentives to its customers. Some examples of these are an INR 2,000 cashback for bookings made via Goibibo coupons; 60% discount on domestic air tickets with coupons; and a discount of INR 800 if the coupon code is used.

Some of its most successful marketing campaigns have been Flight Advice, Referral Programme, Mobile Only Traveller Checklist, and sync on mobile, amongst others.

Connecting with the smart traveller

Recently, the company launched a new campaign that uses subtle humour to highlight the benefits of the unique ‘GoCash’ feature on the Goibibo platform. A company statement had said: “Through the new campaign, Goibibo aims to increase new user acquisition and augment hotel market share growth.”

At the time, Saujanya Shrivastava, group chief marketing officer, had said, “Goibibo’s natural appeal is with a younger, tech-savvy, transaction-focused customer. Travelling is more spontaneous and is always on their minds. Therefore, they are always planning and saving for trips. So, the smarter they travel, the more they travel. Every rupee saved means more miles travelled.”

The company has launched a 360° marketing campaign that seeks to capture the imagination of the customer across multiple touchpoints.

As per a Google India-BCG report, the country’s travel market (both offline and online) is expected to become a $48 Bn industry within the next three years. Another report by the IBEF shows that online travel bookings will likely account for 40% to 50% of total transactions in the sector by 2020.

With the right marketing strategies to identify the right audience, the company is ready for the next decade of growth, but without Ashish Kashyap.