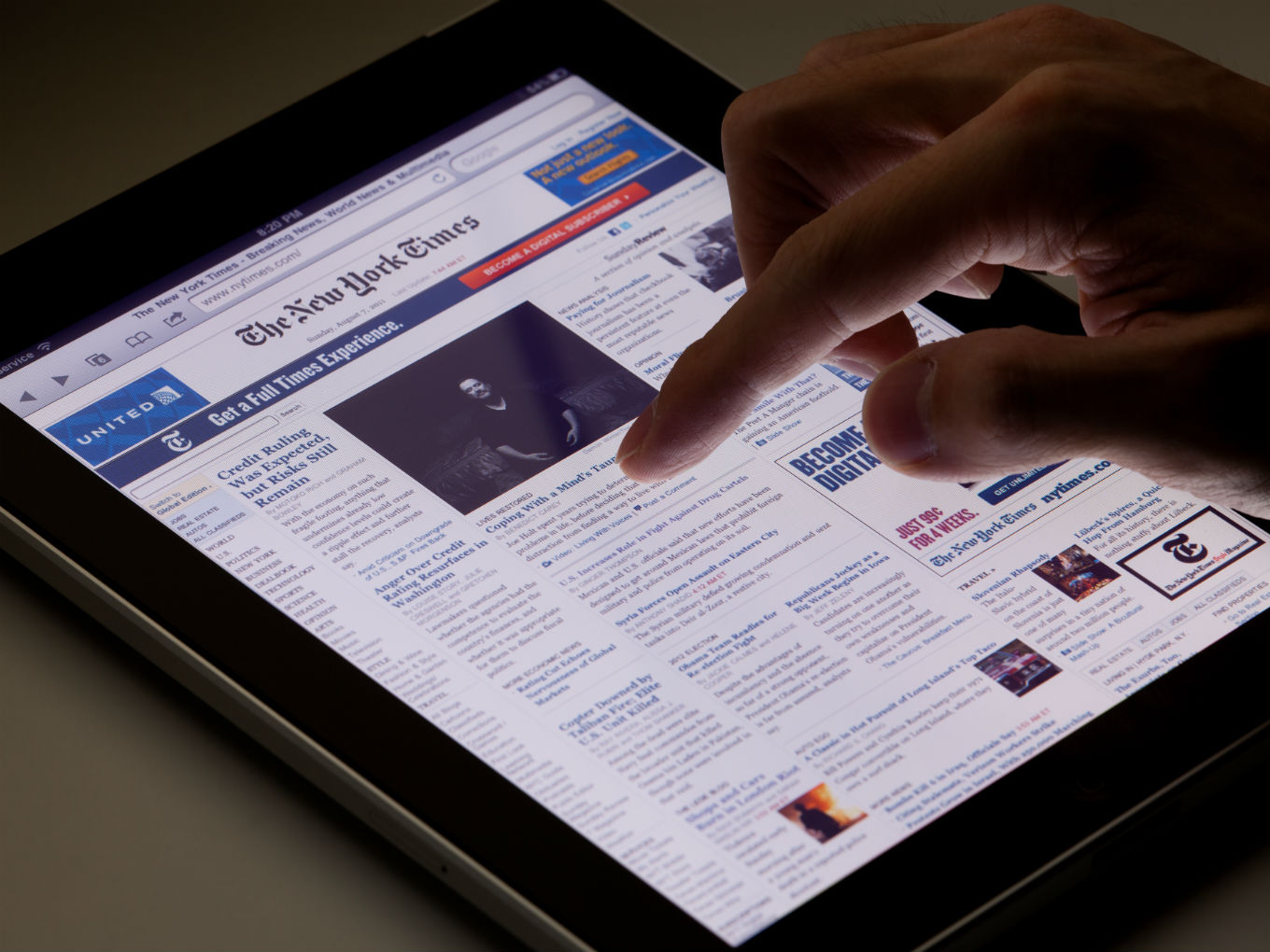 On September 29, Elon Musk has reportedly agreed to resign from his post as the chairman of Tesla and also to pay a fine of $20 Mn in order to settle the security fraud charges slapped by the US Securities and Exchange Commission (SEC). However, he will retain his position as the CEO of the company as well as his seat on the board.

A few days after Musk agreed to resign, a US federal judge ruled that the automobile company would have to defend itself at a trial against allegations that it had mistreated its foreign workers at its factory in Fremont, California. The employees were allegedly made to work in shifts that violated forced labour laws. It was also alleged that the company threatened the workers with deportation if they reported any injuries.

Even as the company has been facing challenges on these front, Elon Musk chose to troll the SEC on Twitter by calling it a “Shortseller Enrichment Commission”. This caused Tesla shares to fall again by 2.5%.

In another development this week, the European Union gave its nod for the introduction of a new quota for content in streaming services. As part of this decision, video streaming services such as Netflix, Amazon Prime Video, etc will have to ensure that at least 30% of their catalogues in Europe are from European countries and will also have to contribute to local productions. The decision was taken in the interest of cultural diversity as it will give small-budget movies an opportunity to compete with big franchises.

Here’s Inc42’s weekly roundup of the latest news from the international technology and startup ecosystem from the week of October 1-7:

Amazon Raises Minimum Wage To $15 Per Hour In The US

Last week, ecommerce giant Amazon, which has been under fire over low wages and poor working conditions, announced that it will increase the minimum wage for all its US workers to $15 per hour. The rule will come into effect from November this year.

This development reportedly comes in after the company had been facing question regarding the way it treated and paid its employees. Recently, a group from Whole Foods had been putting their efforts to establish an union and one of their demands included minimum wage being raised to $15 per hour.

Facebook May Face $1.63 Bn Fine Under GDPR For Data Breach

Social media giant Facebook, which recently revealed a security breach affecting the accounts of 50 Mn Facebook users — and possibly 40 Mn more, may face a fine of  $1.63 Bn or 4% of its $40.7 Bn annual global revenue from the European Union if it is determined that the company didn’t do everything needed to do to protect its users.

The fine would be applicable under the recently introduced Global Data Protection Regulation (GDPR). According to the Irish Data Protection Commission, less than 10% of the 50 Mn users who were affected in the recent breach were from the EU.

Following this, Facebook informed that it has not found any evidence to show that third-party apps such as Spotify, Tinder, Instagram, which enable user logins through Facebook, were affected during the recent data breach.

Further, soon after reports emerged that Instagram founders had decided to step down, the platform, which is owned by Facebook, has reportedly been caught developing a prototype privacy setting which enables sharing of users’ location details with Facebook. This feature can reportedly collect users’ GPS coordinates even when the app is not in use. Facebook reportedly plans to use the data to target users with relevant advertisements and content.

The Big Hack: China Spies On US Companies Through Servers

China has reportedly infiltrated the servers of more than 30 US companies, technology giant Apple being one of them. According to a Bloomberg report, the hack was reportedly carried out through tiny chips that were attached to the supply chain of the US-based server motherboard specialist Super Micro, whose motherboards are mostly manufactured by contractors in China.

The report added that the main goal of this hack was to get access to corporate secrets and sensitive information belonging to US companies. It, however, stated that no consumer data was stolen in the hacks.

The chips on Supermicro’s motherboards was discovered by ecommerce giant Amazon during the due diligence before acquiring Elemental Technologies, a backend mobile video service in 2015. Since then, the matter was under investigation for three years.

However, Apple and Amazon have denied the developments and said that they were not aware of any such chips in the Super Micro motherboards. The Chinese Ministry of Foreign Affairs has also denied the news and said that the country advocates different parties and countries to come together in order to tackle cyber threats.

US Vice President Mike Pence has asked search giant Google to stop its plans to develop ‘Dragonfly’, a China-friendly mobile version of its search engine. Asking Google to abandon the China project, Pence said that any company which is developing products to cater to Chinese internet restrictions was “abetting Beijing’s oppression”.

While speaking at an event in DC, Pence said, “More business leaders are thinking beyond the next quarter, and thinking twice before diving into the Chinese market if it means turning over their intellectual property or abetting Beijing’s oppression. But more must follow suit. For example, Google should immediately end development of the ‘Dragonfly’ app that will strengthen Communist Party censorship and compromise the privacy of Chinese customers…”

He also said that China had made attempts to “meddle” in the upcoming US midterm election.

Google is planning to re-enter China with Dragonfly, a special search engine that will reportedly block sites forbidden in the country including Facebook, Twitter, Western news sources like the BBC and The New York Times, and also censor search keywords such as “Tiananmen Square massacre”.

South Korea-based MNC conglomerate Samsung has predicted profit of nearly $15.5 Bn for its upcoming Q3 results. In an official statement, the company said it is expecting its revenue to increase by 5% year-on-year this quarter to reach $57.5 Bn (65 Tn KRW) with an operating profit of $15.5 Bn (17.5 Tn KRW).

The projection represents a 20% annual jump and an 18% increase from the previous quarter. The company’s last quarter of business witnessed the slowest growth of profits in a year due to weak sales of its flagship Galaxy S9 smartphone. However, 80% of Samsung’s revenue depends on the chips produced by the company.

Search giant Google has reportedly acquired Onward, a US-based artificial intelligence (AI) customer service startup for an undisclosed amount. As a part of the deal, some key employees of the startup, including its founders, will be joining Google.

Onward is focused on developing tools for companies that want to automate their customer service or sales workforce.  The startup provides companies with an AI-based chat solution that can respond to customer needs. Its product — Agent Q — is a virtual shopping assistant that recommends products to the users.

These funding rounds pushed up the company’s valuation to $20 Bn. The platform plans to use the latest funds to improve its positioning in international markets such as Southeast Asia and India.

Stripe was founded in 2011 by Patrick Collison and John Collison after they experienced difficulties in accepting online payments. Stripe has secured around $685 Mn till date including the recent funding.

Google’s head of commerce Sridhar Ramaswamy is reportedly quitting the search giant and will be joining US-based venture capital firm Greylock Partners as a venture partner. Prabhakar Raghavan, who served as vice president of apps for Google Cloud, will take up Ramaswamy’s position.

At Google, Ramaswamy was responsible for looking over almost all of Google’s ad and commercial products.

US-based Groupon, which offers discount coupons that can be used at local stores, will reportedly pay $57 Mn to IT technology and consulting firm IBM to settle a suit on infringement claims that has been going on for two years. The payment will also include Groupon’s acquiring licence to IBM’s patent in future; Groupon will now share its products directly with IBM employees.

According to IBM, it will “consider” offering Groupon’s products to its employees, considering it as part of its corporate benefits package. IBM had filed a case against Groupon alleging that the latter was violating four of its patents. The fees paid to IBM is quite lower than the $167 Mn which the company had originally demanded.

US-based search engine Yahoo is making a comeback into the messaging space via its new product Yahoo Together. Its previous messaging app, Yahoo messenger, was shut down due to lack of use.

Yahoo Together, which was codenamed Squirrel while in the beta stage, has been designed for group chats between family, friends, clubs, and others. It is reportedly based on the Internet Relay Chat (IRC model), allowing people to have group conversations on its platform. It can also send reminders about upcoming events on users’ calendars.

According to Michael Albers, the vice president and head of communications products at Yahoo, Yahoo Together recorded five times more messages than Yahoo Messenger during beta.

Stay tuned for the next week’s edition of Around The Tech And Startup World!