From AirBnB Going Public To The Winners Of GDPR: News From The Tech & Startup World [May 28 -June 3]

From AirBnB Going Public To The Winners Of GDPR: News From The Tech & Startup World [May 28 -June 3] 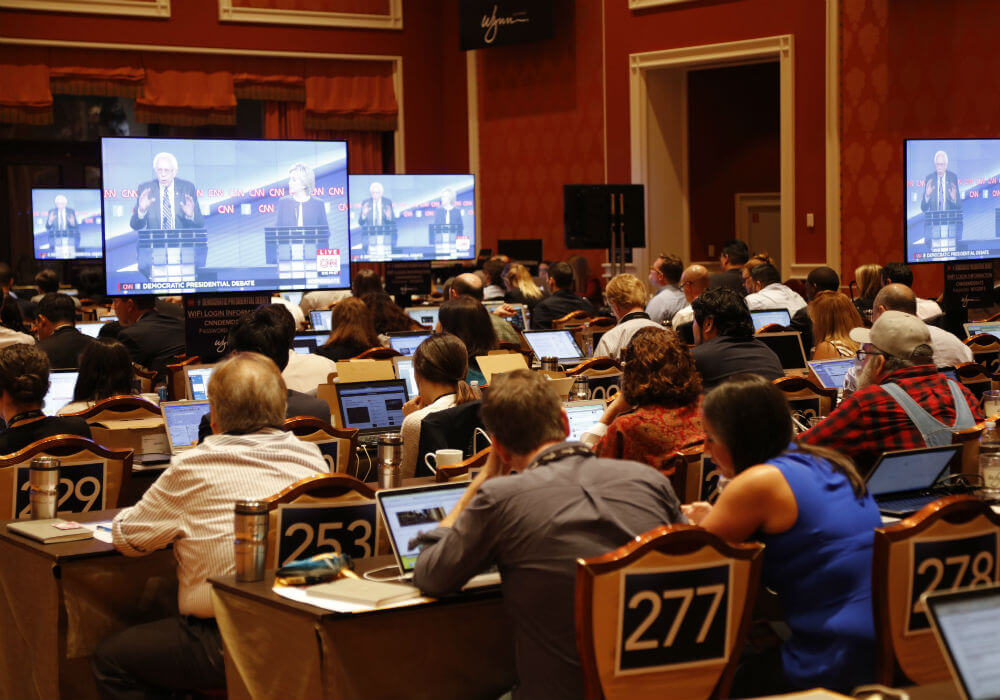 As the physical and geographical barriers in the startup world slowly break down, startups across the world are focussing on localising their solutions and local startups are trying to find a global appeal for their solutions.

As India’s ambitions grow to open its gates to the world, inviting opportunities of economic growth, it is picking up the ethos of the land of opportunities — the US.

This desire to grow and let grow defines India’s global face, but even as the wind is blowing in your direction, certain regulations might prove to be a hindrance to companies that want to start their journey in India.

Tesla CEO Elon Musk recently faced questions about why he’s not explored options in India, to which he replied that the reason was India’s regulations, which are not favourable for Tesla. So, in the global age, it becomes imperative that India not only focuses on creating conducive conditions such as allowing 100% FDI or promoting ease of doing business but also looks at introducing regulations that make the country more business-friendly and startup-friendly to outsiders.

Therefore, global business events, far and yet so close to every entrepreneur, are without any geographical barrier. From today, Inc42 will you bring an weekly rundown of international stories that will educate you, entertain you, and keep you informed about the startup landscape across the globe.

Here are the important stories from the tech and startup world from the week gone by.

Google is calling it quits to selling tablets and has removed “tablets” from its Android page. Google had shipped over 160 Mn tablets only last year.

Google, in particular, has struggled to make Android a convincing alternative to iOS in the tablet realm, and with this move, the search giant has clearly indicated its preference for Chrome OS, where it has inherited the questionable (but lucrative) legacy of netbooks. It has also been working on broadening Android compatibility with that OS. So, it shouldn’t come as much of a surprise that the company is bowing out of selling tablets.

The startup community and merit-based immigration

The US plays a pivotal role in nurturing talent and exploring the world of opportunities. But since the Trump administration has come into action, there have been many changes being in the immigration laws that might undermine the way talent and resources move across in the world. The Trump administration has now proposed to kill a key tool that supports immigrant entrepreneurs.

This is one of the reasons why the startup community is attempting to protect merit-based immigration to the US. Studies show that immigrants have started more than half of US’s privately-held startups valued at $1 billion or more, and 43% of Fortune 500 companies were founded or co-founded by an immigrant or the child of an immigrant.

During the State of the Union address, the US president had emphasised the need for a “merit-based immigration system”, which is totally contrary to his present actions.

This one could be good news for Australian Amazon customers. Starting in July, Australians will be blocked from ordering items on Amazon’s US site. Instead, Australian customers will be redirected to its local site, Amazon.com.au, and its international sites, including Amazon.com, will no longer ship to Australian addresses.

The change is in response to a new tax regulation in Australia that goes into effect on July 1 and requires businesses earning more than $75,000 AUD a year to charge Australia’s 10% Goods and Services Tax (GST) on low-value items imported by consumers.

Uber is looking to add benefits and insurance for drivers

At the Code Conference tonight, Uber CEO Dara Khosrowshahi spoke about the company’s relationship with drivers, autonomous driving, uberEATS having a $6 billion bookings run rate, taking over as CEO, and flying taxis.

Just this week, San Francisco City Attorney Dennis Herrera sent subpoenas to Uber and Lyft seeking information on driver pay, benefits, and classification info. Uber wasn’t available for comment at the time, but now it seems that the company is looking at ways to offer benefits and insurance to drivers. Specifically, Uber is looking at an economically sound way to offer drivers a benefits-and-insurance package so that “this can be a safer way of living,” Khosrowshahi said.

Airbnb  is a great source of startup inspiration for many and its blue ocean strategy has been generating billions of dollars annually and is profitable on an EBITDA basis. So, the business and startup community has started to wonder if and when the home-sharing company will go public.

At the Code Conference, Airbnb CEO Brian Chesky said the company will “be ready to IPO next year, but I don’t know if we will.”

He added that he wants to make sure it’s a major benefit to the company when Airbnb does go public. Following some more probing, Chesky said he has “no issues with [going public] at all. It could happen.”

GDPR, China, and data sovereignty are wins for Amazon and Google

The Great Privacy Policy Email Deluge of 2018 has finally come into effect, and its time to understand who the winners and losers will be in this newly regulated data economy.

Speculation is ripe for the list of the losers post-GDPR, which can be broadly summarised as “advertising networks”.

However, the more interesting analysis is around who the winners of these laws will be (apart from lawyers of course). The complexity around these data sovereignty laws ultimately benefits highly scaled service providers who can manage the nuanced regulations around these laws in an automated fashion. This, ironically, means that Google likely will win in the long term in its cloud game, along with other major cloud providers like Amazon and Microsoft Azure benefitting from the GDPR.

The service is already available in beta in a handful of countries, including Thailand, but now it’s available in Singapore (Grab  HQ) with plans to reach Grab’s core six markets in Southeast Asia in the coming months.

As part of its acquisition of Uber Southeast Asia, Grab took charge of UberEats in the region and moved its merchants and customer base to GrabFood before shuttering the Uber service.

The 2016 US presidential election was mired in controversies, one of the biggest ones being the Facebook-Cambridge Analytica data harvesting scandal and allegations that the data was used to influence the outcome of the election. As a result of this, the mid-term election in 2018 will be very closely watched.

Micro-blogging sites like Twitter are taking concrete steps to combat the spread of misinformation on its famously chaotic platform. In a blog post last week, the company explained how it would be adding “election labels” to the profiles of candidates running for political office.

“Twitter has become the first place voters go to seek accurate information, resources, and breaking news from journalists, political candidates, and elected officials,” the company wrote in its announcement. “We understand the significance of this responsibility and our teams are building new ways for people who use Twitter to identify original sources and authentic information.”

These labels feature a small government building icon and text identifying the position a candidate is running for and the state or district where the race is taking place. The label information included in the profile will also appear elsewhere on Twitter, even when tweets are embedded offsite.