The company, along with its Taiwanese contract manufacturer Wistron, is also manufacturing the iPhone 12 Series in India 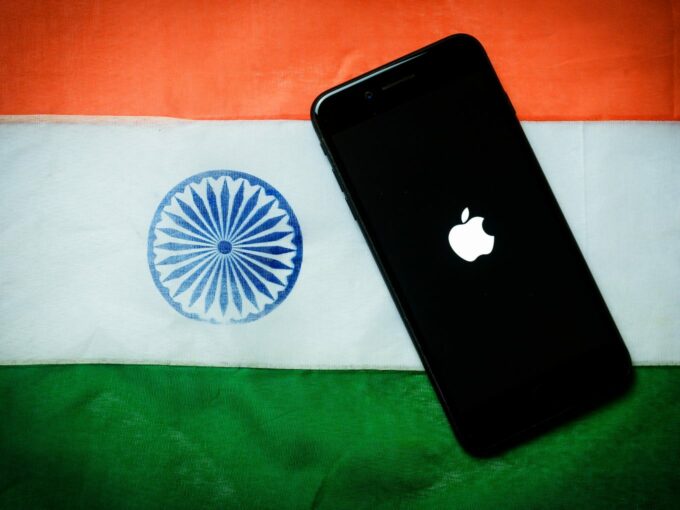 Business intelligence platform Tofler also mentioned that Apple’s net profit for FY20 stood at INR 926.2 crore in FY20 in India, a 267% growth from INR 262.27 Cr in the preceding fiscal.

The growth in revenue is testimony to Apple’s continued bid to ramp up its presence in India, where a growing middle-income population consisting of 500 Mn smartphone users, is a market for some of the world’s leading internet tech companies.

In August last year, Apple had announced its plan of investing $13 Mn (INR 1000 Cr) in India to launch an online retail platform and open three-company owned stores in India. The upcoming Apple Stores will be launched in Mumbai, followed by Delhi.

In terms of domestic manufacturing, Apple had said that along with its manufacturing partner Foxconn, it would invest $1 Bn in India to export ‘Made in India’ iPhones around the world. Foxconn’s factory in Chennai will be used as a manufacturing unit for Apple’s product. Apple’s other component suppliers will also be investing in the venture.

In August this year, Inc42 reported that Apple’s Taiwanese contract manufacturer Wistron will start manufacturing the iPhone 12 Series in its Narasapura plant near Bengaluru. Further, the company is also planning to hire 10,000 employees and invest INR 2,900 Cr in the new plant. The manufacturing facility is expected to become fully operational this year.

Last month, Inc42 reported that Apple’s contract manufacturers Foxconn Hon Hai, Wistron and Pegatron were among the 10 companies approved under the Mobile Phones segment in the Indian government’s Production Linked Incentive (PLI) scheme to boost electronics manufacturing in the country.

The interest shown by global electronics manufacturers in India’s PLI scheme augurs well for the Indian smartphone market, which registered total shipments of 53 Mn units in Q3 2020, its highest tally in a single quarter, according to data from Counterpoint Research.

Counterpoint has attributed the strong growth to pent-up demand from the lockdown months and a strong push by smartphone brands for online sales.

However, Apple is yet to feature in the list of companies with most shipments of their ‘Made in India’ smartphones. Among the leading smartphone brands in India, Samsung topped the list for smartphone shipments in Q3 this year with a 24% market share, narrowly edging Xiamo which had a market share of 23%, followed by Vivo at 16%, Realme at 15% and Oppo at 10%. Barring Samsung, which is a South Korea-based company, the other brands in the top five list are Chinese companies that have set up manufacturing facilities in India.

Among the named brands for smartphone shipments in India, Chinese companies accounted for 64% of all shipments, even though Samsung with 24% of the shipment share led the market individually.

This goes to show the extent of the domination of Chinese brands in the Indian smartphone market.