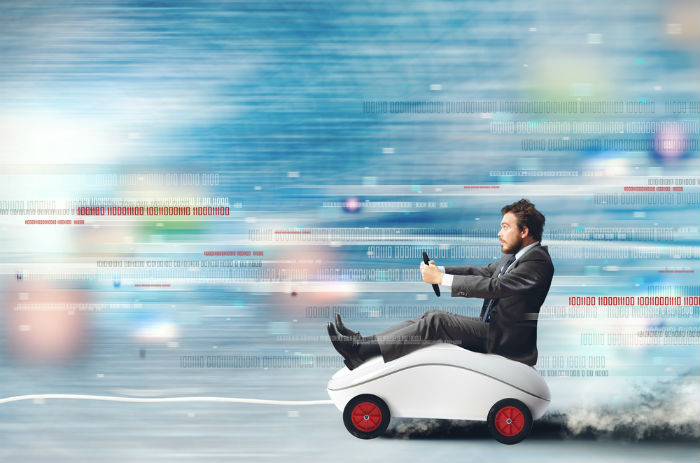 The Andhra Pradesh government is planing to provide internet connections to nearly 12 Mn families in the state at an amazing speed of upto 15 Mbps for just INR 150 per month. Estimated at INR 5,000 Cr., this project is getting huge backing from CM Chandrababu Naidu who has an image of being oriented towards digitisation.

In order to execute the necessary steps, the AP state government has requested the Centre to provide its share of funds amounting to INR 1940 Cr. from the National Optical Fibre Project (NOFN), the main aim of which is to link 2.5 lakh gram panchayats across the country by December 2016. The cost of the project which requires a total of 700,000 km of Optical fibre cable to be laid was earlier estimated to be around INR 20,000Cr has now been revised to INR 30,000 Cr.

The NOFN project is a part of the Ambitious Digital India Initiative by PM Narendra Modi aimed at providing broadband in 2.5 lakh villages and universal phone connectivity, 400,000 Public Internet Access Points, Wi-fi in 2.5 lakh schools, all universities and besides other digital initiatives, all to be completed by 2019.

“As internet will reach villages and all cities, the people there will go online to shop for things which will lead to expansion of e-commerce and opening up of more warehouses. This will lead to creation of more jobs and growth in the economy,” quoted Mr. Ravi Shankar Prasad, the Minister of Communications and IT who had earlier launched the NOFN in the Idukki district of Kerala.

If approved by the centre, the project will be carried out by the state owned Andhra Pradesh Fibre Corporation which will own the assets and also manage the network. The state has also proposed the Public-Private-Partnership model to set up ‘Digital Andhra Corporation’ to help create an ecosystem for broadband use and promotion.

Private telecom players at the moment are providing the same services at a minimum of INR 1100/Month. Only time will tell if this is just a gimmick to influence crowds or the govt. is really confident enough of its upcoming infrastructure and will surely be able to realise this dream.