AngelList, the Silicon Valley-based online platform which allows startups to raise capital from accredited investors, has finally entered India. It has appointed Utsav Somani (previously working with LetsVenture) as an Advisor to spearhead its operations in the country.

In a Medium blog post titled Bringing AngelList to India, Utsav disclosed that he would be advising AngelList in India, and “will primarily be responsible for bringing syndicates to India.” Speaking about his role, Utsav stated,

My role will consist of opening a dialogue with government officials and regulators with suggestions that’ll benefit startups and investors in India. I’ll map out the Indian regulatory framework so AngelList can come in with their pop-up VC structure that enables venture investing online at scale.

Founded in 2009 by Naval Ravikant, AngelList has built a “Syndicates” model that let’s well-connected and high-performing angels bring in more capital from their personal network. AngelList allows investors to put in as little as $1,000 alongside accredited investors through investment syndicates. In exchange, investors pay the lead investor “a carry” or a part of the future profits. So effectively, Syndicates allow experienced technology investors to create a single investment VC fund that raises money from institutions and sophisticated angel investors.

Today, AngelList has 4,400 investors operating across 170 syndicates, has invested in more over 1000 startups which include Uber and Twitter. Last October, it entered into a partnership with China’s third-largest private equity firm, China Science & Merchants Investment Management Group, to power a $400 Mn seed fund called CSC Upshot. This will make CSC Upshot one of the largest seed funds to have existed to fund companies at such an early stage.

Here are some quick facts about AngelList

Adds Utsav, “What I really love about AngelList is that they strongly advocate the power of individuals to do great things — both, inside and outside the company. Internally, they promote self-management to gain maximum effectiveness from the individual and the team. Externally, AngelList empowers top founders, investors, and institutions to work their magic closing deals, hiring talent and raising funds.” 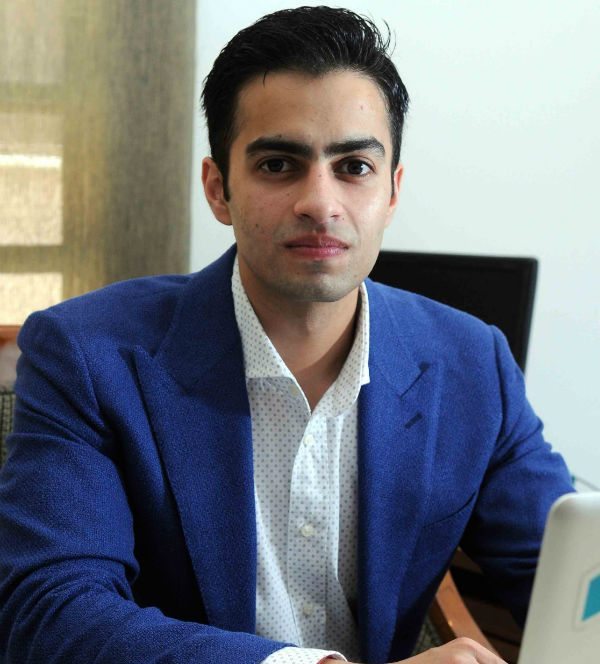 Utsav’s appointment comes on the back of AngelList’s plans to set up a base in India. In July last year, Ravikant had confirmed about AngelList’s plans to enter India, “We want to hire our first person on the ground (in Bengaluru) to get some market intelligence and because AngelList Talent, which lets startups hire, is already very big in India.” He had added that he was exploring the local regulations in India before setting up a presence here.

India has seen a rise in online deal-making platforms over the past few years. Those that follow AngelList’s model closely in India include ah! Ventures, and LetsVenture, and even offline angel networks such as Mumbai Angels, Indian Angel Network and others which have also started moving the discovery process online.

ah!Ventures started in 2009 by Harshad Lahoti and Abhijeet Kumar, is a network of about 800 angels or early stage investors, and has invested over INR90 Cr in 27 companies so far. LetsVenture founded in 2013 by Shanti Mohan and Sanjay Jha, has facilitated funding for 60 startups, aggregating to nearly $18 Mn. Ratan Tata and TV Mohandas Pai backed LetsVenture presently has over 7300 connections and over 1400 investors on its platform.

AngelList’s entry in India comes at an interesting time as the Indian government is pulling out all the stops to give a boost to the startup ecosystem in India.

It has launched a slew of measures such as Department of Industrial Promotion and Policy (DIPP), headed by Ramesh Abhishek unveiling a portal and an app dedicated to Indian startups in April. Similarly, in an announcement made by the Commerce and Industry Minister Nirmala Sitharaman last month, the startups would now need only a certificate of recognition from the government to avail IPR-related benefits. AngelList’s entry in India shows Silicon Valley’s confidence in the Indian startup ecosystem.