Angel Tax Survey: 70% Of Startups That Raised Capital Got One Or More Notices

Angel Tax Survey: 70% Of Startups That Raised Capital Got One Or More Notices

Startups are protesting the heavy-handed 30.9% angel tax under current rules 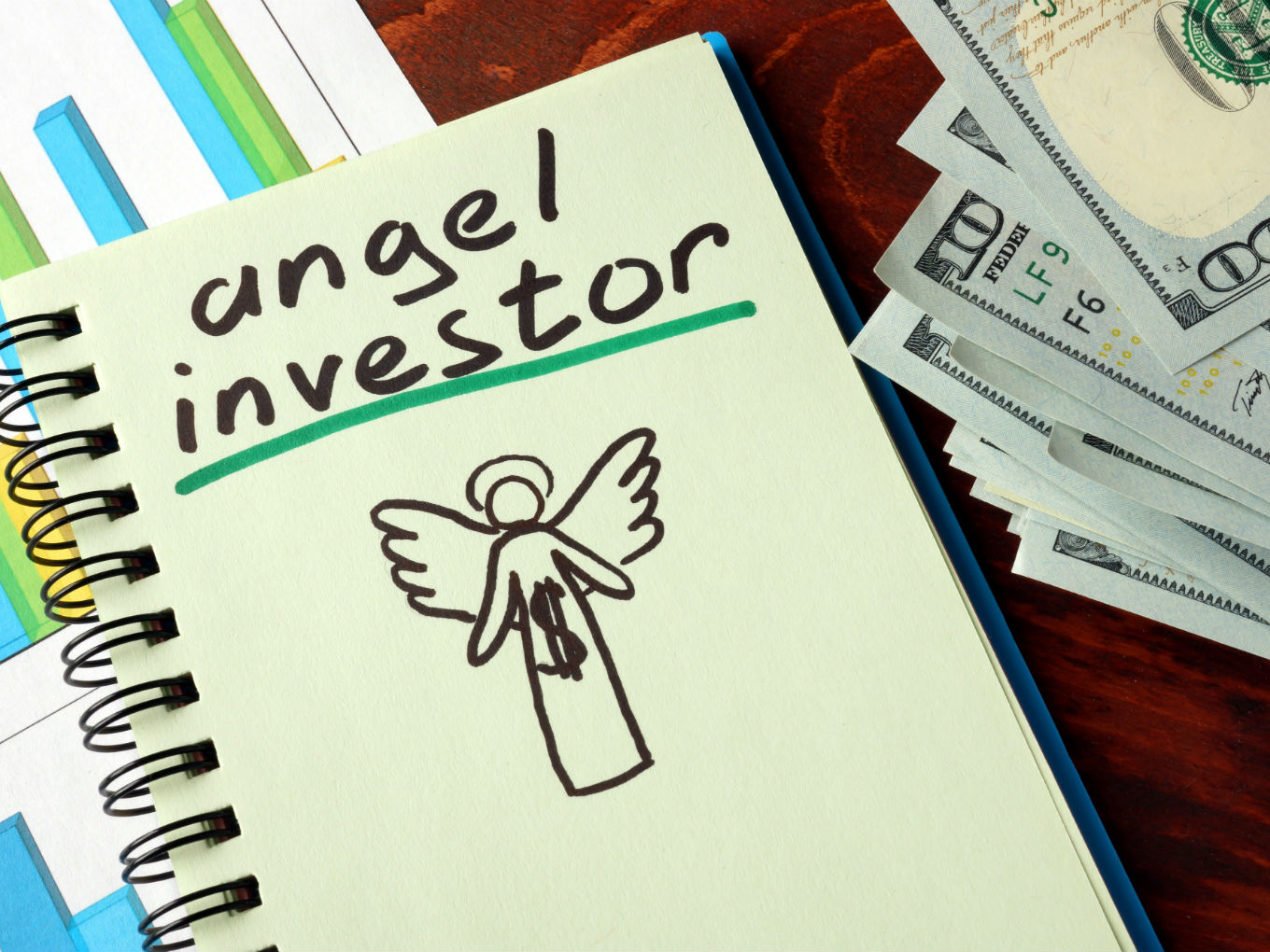 The latest survey over Angel Tax has found that 70% of Indian startups that raised capital have received one or more notices from the Income-Tax (I-T) department.

The survey jointly conducted by the Indian Private Equity and Venture Capital Association (IVCA) and online citizen engagement platform Local Circles, will be presenting the data to the Department for Promotion of Industry and Internal Trade (DPIIT) today (4 February).

The decision to conduct a survey was jointly agreed upon during the last meeting of IVCA called by the DPIIT. In the 5-day survey, which commenced on 30 January, more than 10,000 responses were received from about 2,500 startups/entrepreneurs across the country, IVCA said in a statement.

The survey had set four close-ended sample questions, aimed at addressing the ambiguity in data on the number of startups that have received angel tax notices. Here’s the final result of the survey.

1. As a startup, how many Section 56(2)(viib) or Section 68 notices did you receive from income tax department till date? 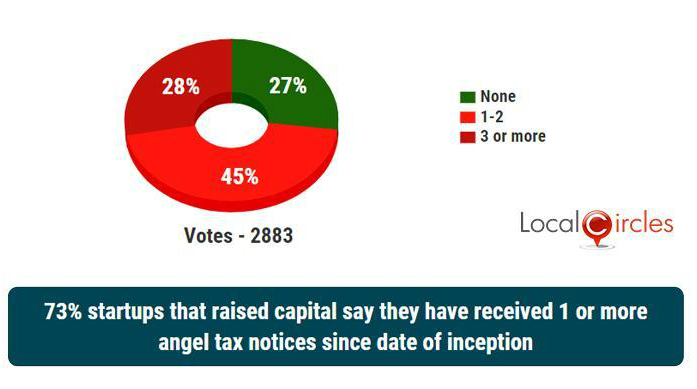 2. As a startup that received angel tax notice(s), under which section did you get the notice? 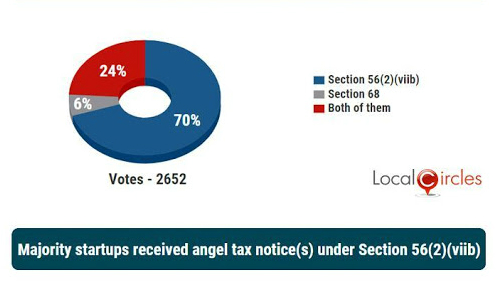 3. As a recipient of angel tax notice, what was the total amount of fundraising being questioned? 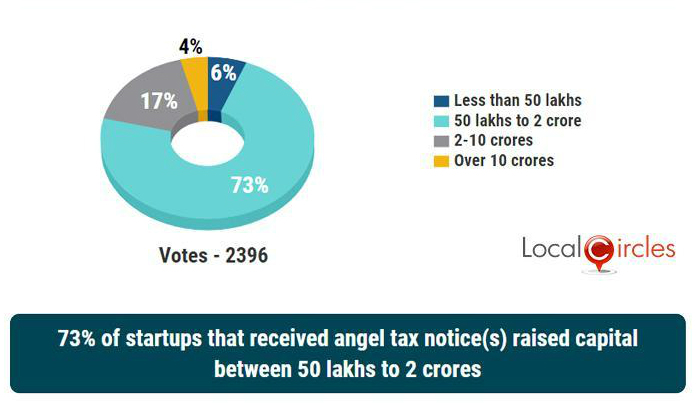 4. When were the startups incorporated? 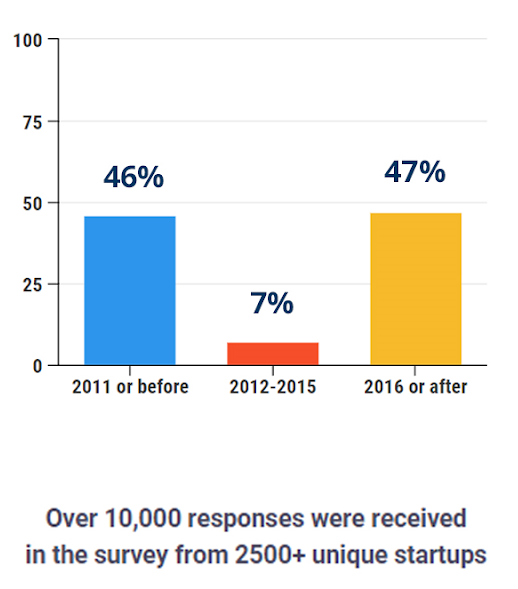 “Like we said that let data do the talking, this brings more clarity to the issue of angel taxation. Based on inputs given by startups in various community discussions, it appears that the Income Tax systems currently do not have a way of identifying a startup and there is an urgent need to do so,” IVCA president Rajat Tandon said in the statement

LocalCircles founder Sachin Taparia informed Inc42 that his team along with IVCA is meeting the DPIIT officials today.

“We will use this as a reference point. The main issue coming out is that 70% of startups who have raised angel capital have basically got a notice. We will urge them to scrap this completely for DPIIT recognised startups,” Taparia said.

The angel tax levies a 30.9% cut of any angel investment raised by startups, which has been seen as a discouraging and hheavy-handedtax. Such a taxation regime has been accused of stunting the growth of startups which in cases have to pay this tax without even starting operations, industry watchers assert.

More so, startups were hopeful that the Union Budget 2019 will give them some respite from the issue, however, the issue stood unaddressed in interim finance minister Piyush Goyal’s speech.

In the past, the IVCA, LocalCircles and other industry bodies such as TiE, Nasscom, iSPIRT, have made various representation to the Ministry of Commerce and DPIIT to put forward the issue of angel tax with possible long term solutions.