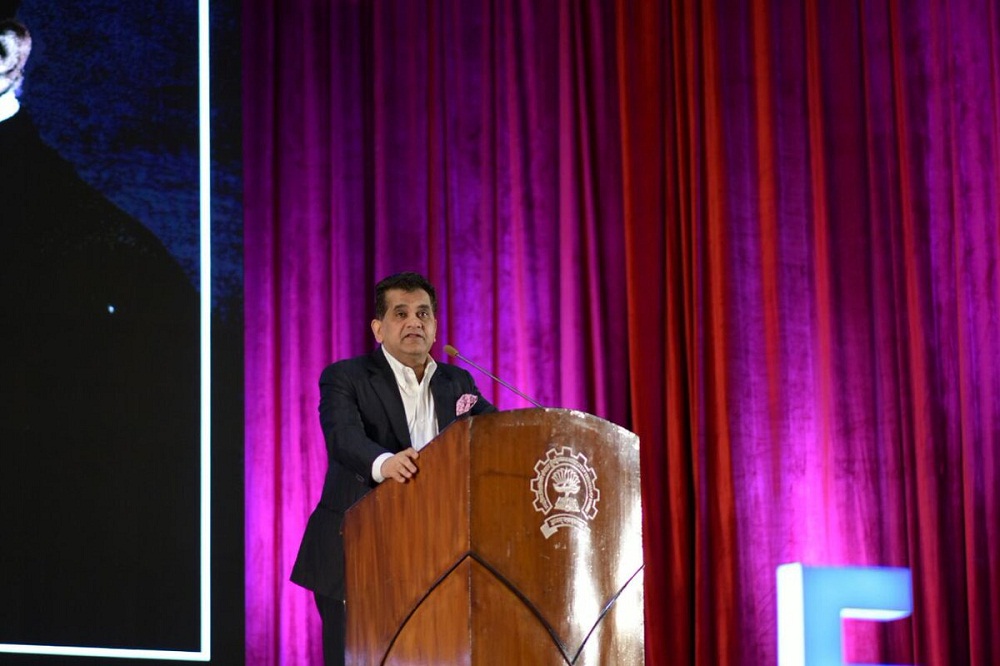 “India is growing at the rate of 7.6% per annum and is an oasis of growth in the midst of a very barren economic landscape across the globe. But the challenge for India is to grow at higher rates of 9-10% annum year after year to be able to lift a very, very young population above the poverty line,” stated Amitabh Kant of NITI Aayog at the Entrepreneurship Summit 2017 organised by the Entrepreneurship Cell (eCell) of IIT Bombay.

In his keynote address, Amitabh stressed that India is passing through a window of demographic transition which rarely happened in history.

He said, “72% of our population is below the age of 32. And it has rarely happened that when countries pass through this window with very light burdens, that they have not created wealth in societies. Therefore it is imperative we use this opportunity to drive India’s growth.”

He added that this is actually the biggest social and economic transition that is taking place across the world. While populations in developed economies like Germany, Japan, etc. are ageing and retiring in a big way, population in India is getting younger and will continue to do so till 2040. This situation presents as an opportunity to grow at high rates for the next three decades.

And what does India have to do in order to leverage this?

Make It Simple, Make It Scalable

Amitabh stressed that the foremost things that needs to be done is to make India very easy, very simple to do business. He explained, “Over the years, we have made India a very difficult and complicated place to do business. We have to scrap a lot of rules, regulations, procedures that we have built up over the last 68 years.” 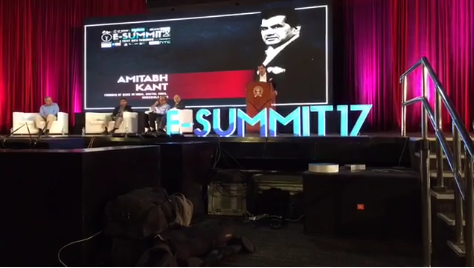 The second most important thing, as per him, was to understand and leverage the effects of globalisation. He said,

“We are living in a globalised world. So whatever we do, India has to be an integral part of the global supply chain. People need to think big, think large.”

Kant alluded to countries like Japan, Korea, and China which have all grown big post the Second World War by penetrating global markets. He stressed unless India does the same, it will be difficult for it to grow on the back of its domestic market alone. The domestic market, he said, should be used as a springboard for exports.

Underlining the importance of a vibrant startup ecosystem, Amitabh stated that several studies have shown established companies do not create jobs. Jobs are created by young companies. Therefore, India needs this movement of startups.

He also added that women entrepreneurs also needed to play a major role to achieve India’s desired level of growth. Citing statistics, he said that in India, only 17% of the GDP comes from contributions from women in the workforce. Compared to that, the world average stands close to 39%-40%. Hence by a conscious policy, India needs to support women entrepreneurs.

Amitabh pointed out that in recent years, India has become the centre of global innovation, particularly Bengaluru and Hyderabad. In the last five years, many MNCs have relocated their global innovation centre to either Bengaluru or Hyderabad. Extolling the IITs for their contribution, he pointed out that it’s India’s frugal engineering which enables it to innovate at low costs to penetrate global markets is what has become its strength. This is the strength which it must continue to leverage when solving specific challenges. 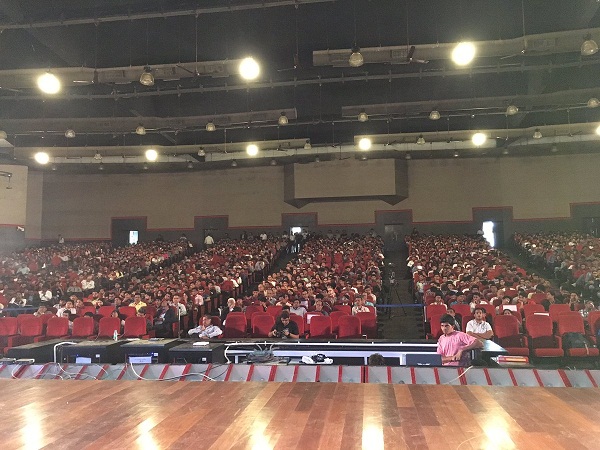 He explained, “We are the only country with a billion mobile phones, a billion biometrics, and the only one which will actually be able to use biometrics to do all digital transactions. Therefore the power of your thumb which is Aadhaar, will enable India to do every single digital transaction. By 2020, India will be the only country which will make debit card, credit card, ATM machines, POS machines technologically redundant. They will be irrelevant in the Indian context and we would have leapfrogged by many decades.”

Amitabh concluded by stating that India is on the cusp of a huge revolution, as it finds solutions for sustainable development and urbanisation.  This transition phase is an opportunity for building the ecosystem, for encouraging entrepreneurship, and encouraging frugal innovation.

He aptly said, “If we are able to solve the problems of a billion Indians, we will actually be solving the problem of next 7 billion people who will move from poverty to middle class in the next few years across Africa and Asia.”