NITI Aayog has partnered with WhatsApp to promote women entrepreneurs

According to Kant, WhatsApp Payments can give a huge push to the digital payments ecosystem in India 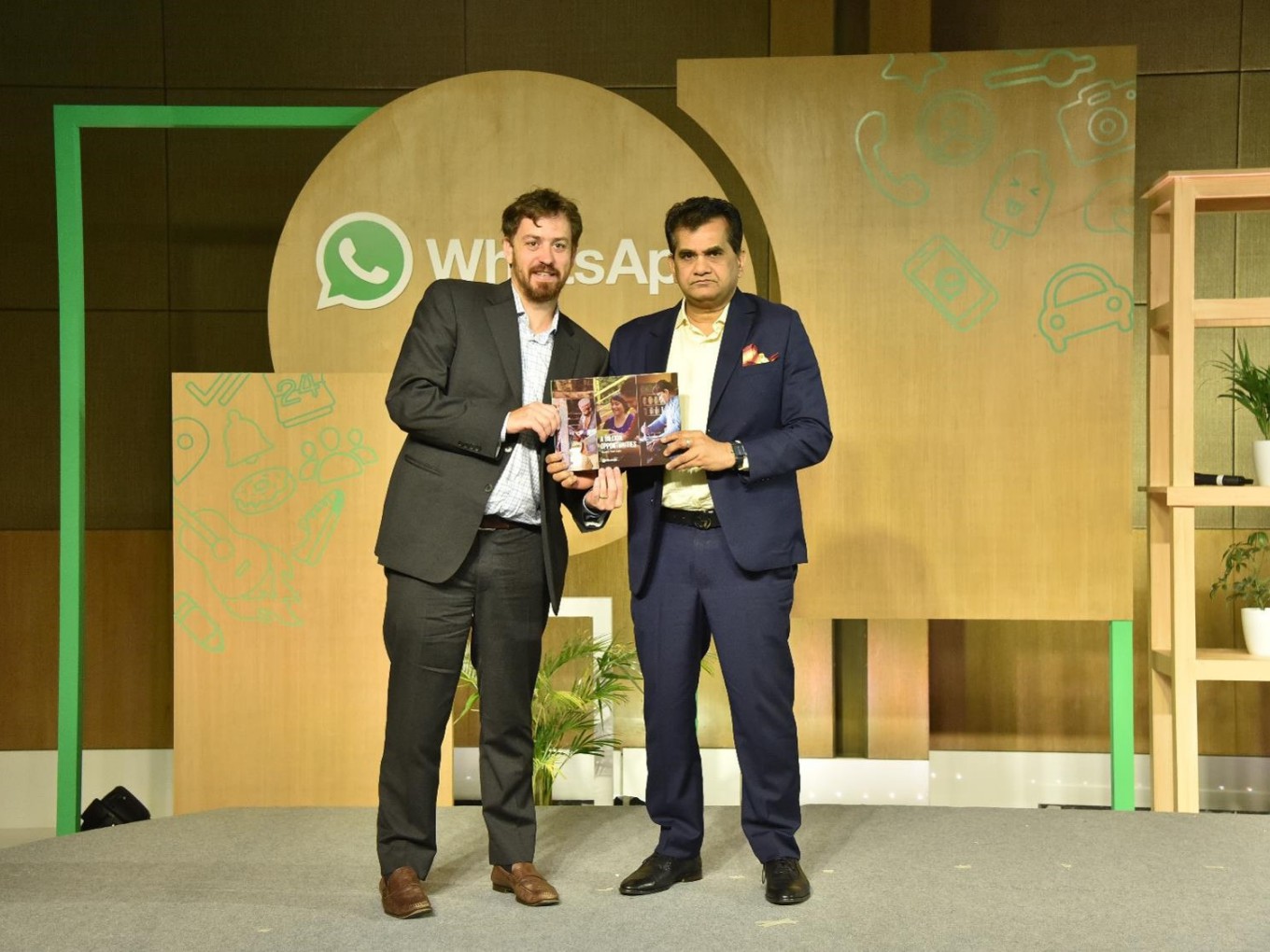 He also acknowledged India’s affinity for WhatsApp’s easy and simple user interface, and said “I believe it is a very powerful medium and the launch of WhatsApp Payments can prove to be a quantum leap for the digital payments ecosystem in India.”

Stressing on the importance of Indian market for WhatsApp, the NITI Aayog CEO said that out of 1.5 Bn global users of WhatsApp, Indians make for about 400 Mn and in the next four years there will be over a billion WhatsApp users from India.

Further, Amitabh Kant said that unlike the United States where data is owned by Google, and unlike China where it is owned by Alibaba and Baidu — India has created public entities such as Goods and Services Tax (GST) for tax data, Ayushman Bharat for health data and National Payments Corporation of India (NPCI) which links up 142 banks at the backend and enables digital transactions through UPI mode.

“My view is that India will be first country to make debit and credit cards redundant. India has built public entities, on the back of which companies can do all innovation,” he added.

In his opening address at the event, WhatsApp global head, Will Cathcart said the company has successfully launched a pilot of WhatsApp Payments on the UPI standard, and will be launching the service for all Indian users, this year.

The Indian government had stipulated that WhatsApp must comply with Indian norms, including complying with the Reserve Bank of India’s data localisation rules, setting up an office in India and appointing a grievance officer and formulate a team in India.

Earlier this month, Inc42 has reported that WhatsApp has resumed the beta test of the WhatsApp Payments services in India, with a select group of users. In June 2018, almost 1 Mn people were testing WhatsApp payments at the beta stage in India.

Even though finding it slow in complying with the regulatory norms, the government think-tank has today announced a partnership with WhatsApp to promote women entrepreneurship ecosystem in India.

Also, WhatsApp has committed to provide $100K winning amount for Women Transforming India Awards 2019, which is a flagship initiative of NITI Aayog organised in partnership with the United Nations.

Commenting on the partnership, Cathcart said, “Small businesses are the backbone of a strong economy and I am proud of the role WhatsApp can play in helping to build the next generation of India’s women entrepreneurs.”