In the letter, Amazon clarified that its legal expenses were INR 52 Cr, and not INR 8,546 Cr as reported

Amazon also disassociated themselves from Amazon India Limited, a company based in New Delhi 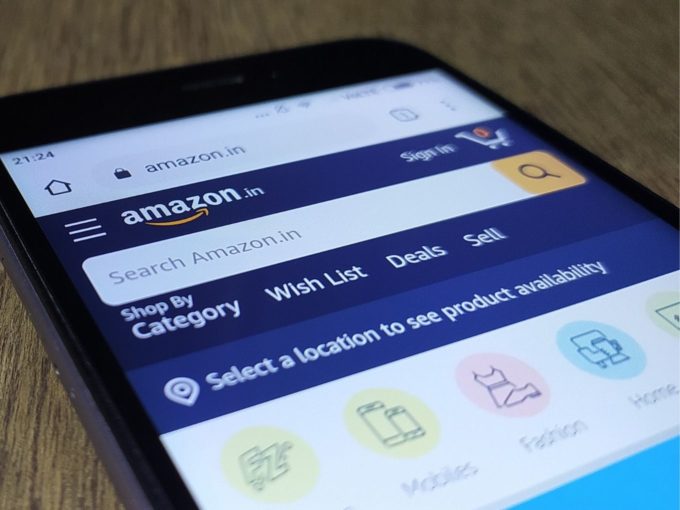 In a recent letter written by Amazon to Piyush Goyal (Cabinet Minister for Commerce and Industry), the company has clarified the allegations made against it by various media organisations and industry body CAIT.

After the Morning Context broke a story about a whistleblower making allegations of corruption against Amazon, many Indian media outlets picked up the story.

After that story, another story highlighting Amazon’s legal expenses also made headlines. The news claimed that Amazon spent a staggering INR 8,546 Cr on legal expenses between 2018 and 2020.

In the letter dated 28th September, Amazon spoke of two things: First, it asserted that the company’s actual legal expenses amounted to INR 52 Cr, and not INR 8,546 Cr, as alleged by some news organisations.

Second, the letter suggested that media outlets have incorrectly assumed Amazon India Limited to be a part of Amazon and have erroneously attributed the legal expenses of that company to the ecommerce giant.

In response to Amazon’s letter, CAIT has sent another letter to the Minister where it has accused Amazon of blatantly lying and demanded that the company explain what the remainder of the legal and professional fees was used for. 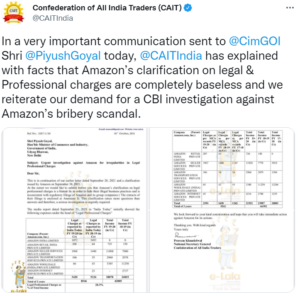 The letter by Amazon was sent just a day after an Rashtriya Swayamsevak Sangh (RSS) linked weekly, Panchjanya referred to them as “East India Company 2.0”.