Amazon, Walmart Look To Woo MSMEs As Reliance Waits In The Wings

Amazon, Walmart Look To Woo MSMEs As Reliance Waits In The Wings

Amazon has announced a similar initiative in partnership with the CII 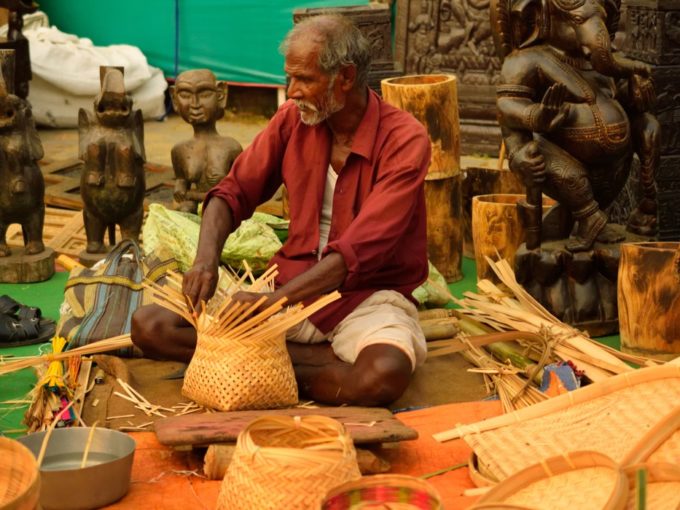 As Reliance is readying its new ecommerce venture on the back of its network of 30 Mn small merchants, global ecommerce majors Amazon and Walmart have also started strengthening their MSME networks with programmes such as Walmart Vriddhi and Amazon’s partnership with Confederation of Indian Industry (CII), both announced on the same day (December 9).

To begin with, Walmart Vriddhi is a supplier development program which aims to train 50K Indian small businesses in order to expand their domestic capabilities and participate in the global economy. Over the next five years, MSMEs will receive in-person training, access to Walmart’s global experience and a network of peers and mentors in their local communities, among other benefits.

Further, Amazon India too has partnered with CII to facilitate micro, small and medium enterprises to develop their business further by listing and selling their products and services online. As part of this collaboration, Amazon will also conduct activities such as a series of awareness workshops, road shows, ecommerce training and more.

For this initiative, Walmart has partnered with Swasti to deliver high-quality education with the help of university partners at 25 Walmart Vriddhi institutes across India. Training programmes are said to cover all aspects of business management, promoting customer-centric strategies and best practices in workforce management and environmental sustainability.

Walmart-owned Flipkart claims to have over 100K MSME sellers on its platforms and has recently launched an artisan, weavers and handicrafts focused programme Flipkart Samarth. On the other hand, Walmart India is said to be sourcing billions of dollars worth of India-made goods, including accessories, apparel, consumables, homewares and jewelry. The Bengaluru office of Walmart is said to be sourcing India products for 14 Walmart markets, including the United States, Canada, Mexico, Central America and the United Kingdom.

These workshops are said to be held across India, with a focus on domestic MSMEs and potential exporters to sensitise MSMEs on the potential of enhancing market access by leveraging Amazon’s global marketplace.

Earlier this year, Mukesh Ambani-led Reliance Jio has announced the pilot launch of its hybrid ecommerce venture. Under this venture, the company plans to bring together 350 Mn customer footfalls at Reliance Retail stores, 307 Mn Jio connectivity customers and 30 Mn small merchants all over India who provide the last-mile physical market connectivity.

The Indian government too has been working on an ecommerce platform called Bharatcraft, with a focus on promoting Indian SMEs and artisans products. Union minister Nitin Gadkari had earlier estimated this venture to earn a revenue of around INR 10 Lakh Cr in two to three years.

Speaking at the India Economic Summit held earlier this month, India’s commerce minister Piyush Goyal said that India has 120 Mn – 130 Mn citizens depending on small retail, from about 50Mn – 60 Mn small retail shops. Effectively, small retail affects the livelihoods of about half the Indian population when one considers the families impacted.

To save the interests of small retailers and create a level playing field, DPIIT had introduced the draft ecommerce policy in late 2018 and also brought in new foreign direct investment (FDI) norms (implemented in February 2019). FDI in ecommerce rules had restricted companies from directly or indirectly impacting product prices, among other things.