Amazon Vs Flipkart And Uber Vs Ola. It’s Not About Capital Dumping-It’s About Good And Bad Investments.

Amazon Vs Flipkart And Uber Vs Ola. It’s Not About Capital Dumping-It’s About Good And Bad Investments. 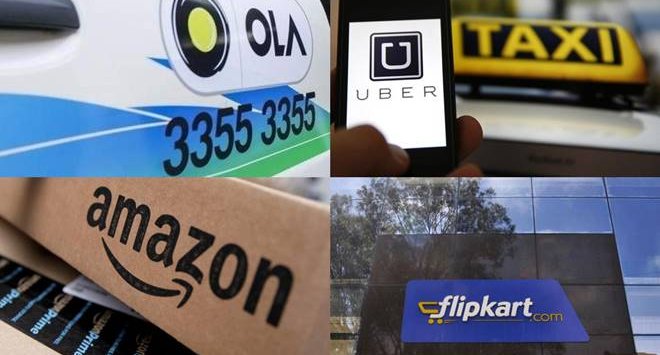 [This article was originally published on LinkedIn and has been reproduced with permission.]

Some investments are sensible and work out. Some are terrible and don’t. Can we stop the silly debate on protecting bad investments, and move on?

One wouldn’t think it’d get to this. But now I see executives from two different venture capital funds (or VCs), each of whom is almost entirely funded by overseas money, asking for other overseas money to NOT be put into rivals of their investees.

Wow. Before we dive in, a little backstory.

It started with the founders of foreign-funded Flipkart and Ola calling for a press conference to suddenly make this somewhat bizarre claim of “capital dumping” by their rivals. They were derided for it widely by the same entrepreneurial community that once saw them as heroes.

When that didn’t go too far with the powers that be, Tarun Davda of Matrix, a venture capital firm (or VC) that is again almost entirely funded by foreign capital, and one of the moneybags behind Ola, got a piece published in a publication backed by partner-in-copypasting Kalaari Capital, where he started by claiming he is not protectionist but a good capitalist and all – and then went on to volunteer a bizarre socialist argument about the need for a “level playing field” and protection against “capital dumping”. Again, equally bizarrely, the same gent never felt the need for any playing field, level or otherwise, when Ola was busy pulverizing Meru, Taxi for Sure and the black-and-yellow cab market.

And now the orchestrated campaign continues. Vani Kola, of afore-mentioned foreign-funded Kalaari Capital, and someone with money in two other players who are deeply hurting: Flipkart (via Myntra) and Snapdeal starts quite interestingly by not quite understanding evolution in the Galapagos as noted by Darwin, and then repeats the same hollow arguments about “level playing fields” that are needed to stop “capital dumping” by Amazon, which has, sniff, sniff, almost put her Flipkart and Snapdeal out of business.

As one VC paraphrased the well-known urban motorist and noted wildlife conservationist Salmaan Khan, “main karoon to saala, character dheela hai” or “If you do it, it’s fine, if I do it, it’s a crime”.

Of course, the same level playing fields were not deemed necessary by the same venture capitalists when Big Bazaar petitioned the government for them against Myntra and Flipkart, and when small shopkeepers asked for them to protect against Snapdeal.

So Why The Hypocrisy?

It might pay to understand what the fuss is all about. 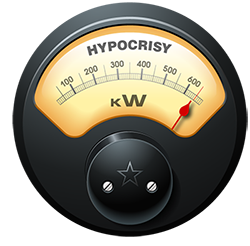 Flipkart and Ola (and Snapdeal and Myntra and Shopclues and Truly Madly and Food Panda and many, many other startups in India) have entirely been set up on a copy-paste model.

Where a bunch of apparent smart operators from apparently top engineering and management schools got the memo that there was a quick buck to be made.

And in the meanwhile try win market share by discounting widely. And then play the acquisition dance by calling yourself a “unicorn” and believing that you’re worth a billion dollars, and constantly upping your self-claimed valuation.

And their VCs danced along, waiting for their part of the billion-dollar paydays.

Except it never happened. Almost everyone figured out that it’s cheaper and more sensible to invest in building out their own business than to buy some desi copy-paste.

Unlike China And Russia, Copy-paste Doesn’t Work In India.

Unlike Russia, which is a closed market where Mr. Putin’s personal support, if not ownership is needed for a business to survive – or China, where the same is needed from the Politburo and most non-Chinese Internet companies are blocked out for political and other reasons – India is an open market.

We’ve enjoyed the world’s best services simply because we have not had to force our people to use sub-standard products from some copy-paste guy who studied at IIT or IIM and then figured he could make a quick buck.

The BRICS theory – copy from the first world and paste into Brazil, Russia, China, India and South Africa – is more MBA twaddle, and just doesn’t work.

And nor has the government forced us to be nice to the VCs who made decisions to invest in copy-paste companies. The biggest of them all, Tiger, put a billion dollars in Flipkart, and on seeing that the bet didn’t work out did the right thing, one by walking away from India and this flawed thesis – and two, by putting a billion dollars in Amazon to perhaps atone for their sins. When you fail, you accept your failure and then make amends.

Another company too, Rocket Internet, came to India with this copy-paste thesis. But they’ve exited too, after the failure of this thesis in virtually every single company they funded in India: Food Panda, Jabong, Asasa, FabFurnish and the like. Though in all fairness it was not just a flawed thesis but crime-prone management in India that led to their demise here.

Neither of them asked for protection. Investments in startups are risky, and when you have a bad thesis, a bad business or a bad team, then you lose. They understood that.

But apparently our VCs want quotas and protection for the bad investments they’ve made.

As things stand now, nobody is willing to take these companies off their hands at the prices they’re quoting. Current investors in Flipkart have cut its on-book valuation from $15 Bn to $5 Bn. Snapdeal is apparently doing the rounds in a humbled, fraction-of-former-demand mode asking for money. As is Ola.

This makes the VCs sad, and delays, if not entirely destroys their pay day.

Hence the request to grant protection and ask the government to let them put foreign money in Flipkart and Ola and not let foreign money go into Amazon and Uber.

But This Isn’t Because Of Capital Dumping. This Is Because Of Bad Investing Calls

Many of us in the investment community, myself included, have been crying hoarse for many years about the dangers of investing in copy-pastes. 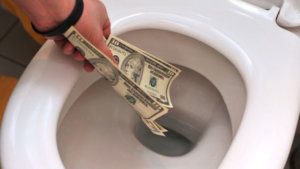 And sure, a couple of earlier ones slipped by. Baazee got acquired for a small sum a decade ago by the guys they copied, eBay. MakeMyTrip got in well ahead of Expedia two decades ago and went public and built a small but significant business.

But that was in the days the world wasn’t paying attention to India. Today Indians are the largest community on Facebook and Quora. Our billion people are fought over by the best companies in the world.

Any reasonable investor would have realized that you can’t invest in copy-pastes and ‘duplicate’ companies. And if you did, and have hence flushed many hundreds of millions of your investors’ dollars down the drain, you accept it with humility, learn from it, and don’t make that mistake again. You say your mea culpas.

And, as the market and the Indian consumers should have it, may the best company win.

But What Of The Claims Of The Sad VCs?

Kalaari has claimed that these Indian-started foreign funded companies have more staff in India than their larger Indian-managed foreign-funded rivals. So it’s being pitched as an employment story. Really? If Uber takes 1/5th of the people to offer a better product to more Indians than Ola does, one should penalize them? So our government’s job in the new economy is to punish efficiency and reward mismanagement? Jai ho mechanical typewriters, out with the laptops!

And they of course don’t mention the other rip-off. The HR head of Flipkart, a gent with 8 years’ total experience, earned INR 35 Cr last year. And the founders get much more.

So the government should create a level playing field – how, by specifying that Amazon and Uber should also ridiculously overpay their people to the same insane levels? So they should also lose as much money as our founders are determined to rip off from their not-so-clued-in investors?

It’s time for us to grow up as investors and take the responsibility for our investment decisions. At the same time, it’s time for our founders to grow up, and accept that their attempt at some short-term arbitrage or mercenary jugaad didn’t work.

Copy-paste Is Dead. Accept It.

The answer isn’t to become cry-babies and go waiting to the government begging for reservations and protections when the originals come in to threaten your little duplicate empires. 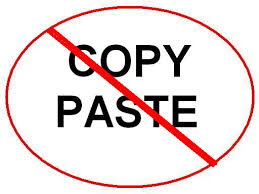 Indian consumers and the entire Indian startup ecosystem deserve much better than that.

Whether it’s an Airtel understanding how to make low-cost cell services work in 20 countries, or a Bajaj knowing how to make motorcycles people want in 40 countries. Or a Red Bus that sells millions of bus tickets a month across the length and breadth of India. Or a PayTM that has managed to do what few others globally can do.

We CAN innovate. We can be original. We don’t need to be copy-pastes.

Let’s stop moaning about our failures and trying to defend the indefensible.

Let’s go past this sad era of copy-paste and into a world of funding, backing and growing originals.

Mahesh Murthy is a venture capitalist and marketer. He was, via Seedfund, the original investor in RedBus, and has since exited. He has no positions in any of the other companies mentioned. He is on Twitter at @MaheshMurthy