Amazon Tells CCI Its Investment in Future Coupons Was Compliant With FEMA; Scrapping It Will Discourage FDI

Amazon Tells CCI Its Investment in Future Coupons Was Compliant With FEMA; Scrapping It Will Discourage FDI

According to Amazon, the Future-Reliance deal will restrict competition in the Indian retail market

To capture the substantial Indian retail market, Reliance and Amazon have been at loggerheads since Future Retail approached Reliance Retail for a buyout of FRL for $3.4 Bn citing heavy losses and possible dissolution

If Amazon manages to sabotage the deal, Reliance’s plans to be the largest in the retail category will face a setback 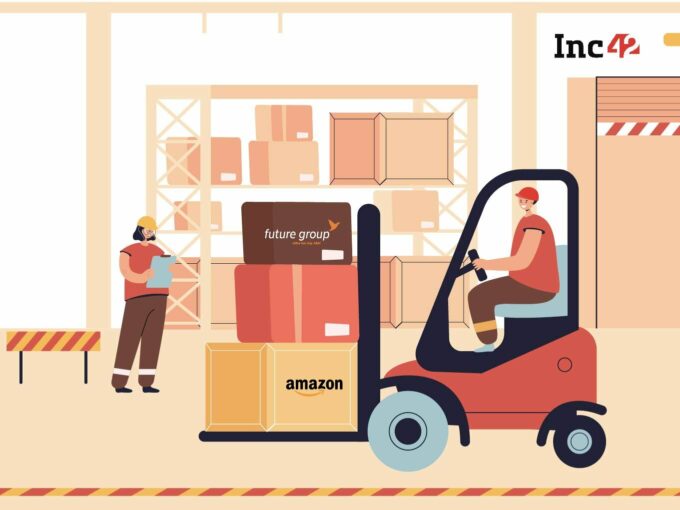 In the illustrious altercation between Future and Amazon, Future has on numerous occasions claimed that Amazon’s investment in its Coupons arm in 2019, was a misleading action. For the matter, both the Enforcement Directorate (ED) and the Competition Commission of India (CCI) have sought Amazon’s response, to which Amazon recently told CCI that it did not hide any fact related to its deal with Future Coupons (FCL).

The US-based ecommerce giant reportedly claimed that its investment in FCL was compliant with foreign investment laws, and scrapping the deal will be anti-competitive.

According to a 60-page confidential document seen by Reuters, Amazon also said that revocation of the 2019 deal between Amazon and FCL is “bound to send a message to foreign investors that the economy and regulatory landscape of India are still not developed enough to provide stability and certainty to foreign investments”.

The ecom major further claimed that Future’s aim ‘to unwind the investment’ to allow Reliance to consolidate its position ‘will further restrict competition in the Indian retail market’.

If the deal between Future and Reliance comes through, Reliance Retail will have the largest footprint in the Indian retail segment. On the other hand, if Amazon manages to sabotage the deal, Reliance’s plans to be the largest in the retail category will face a setback.

In 2019, Amazon bought 49% of Future Coupons for $200 Mn. Through this, it acquired 3.58% in Future Retail — the business that Reliance will be acquiring, if the deal goes through.

The deal obviously did not go well with Amazon, and the matter escalated to the Singapore International Arbitration Centre (SIAC) where the hearing was ruled in favour of Amazon.

In 2021, as the brawl between Amazon and Future Group intensified, the former accused the latter of financial irregularities.

Meanwhile, FRL petitioned to the CCI seeking to revoke the 2019 deal between the US ecommerce major and Future Coupons, stating that Amazon “concealed facts, made misrepresentations to the CCI to seek approval for its investment in Future Coupons, a promoter holding company.”

It accused the ecom giant of flouting India’s FDI and FEMA rules, which the latter is reportedly denying. Amazon also went ahead to argue that CCI has no power to revoke the deal since its approval was a final one, not conditional. “The power to revoke approval is a drastic power and is not available to a statutory authority unless expressly provided in Indian law”, Amazon is reported to have said.