Earlier this month, DPIIT had asked ecommerce companies to display ‘country of origin’ information by August 1

Ecommerce companies had requested more time, saying that a hastened deadline would harm the smaller sellers 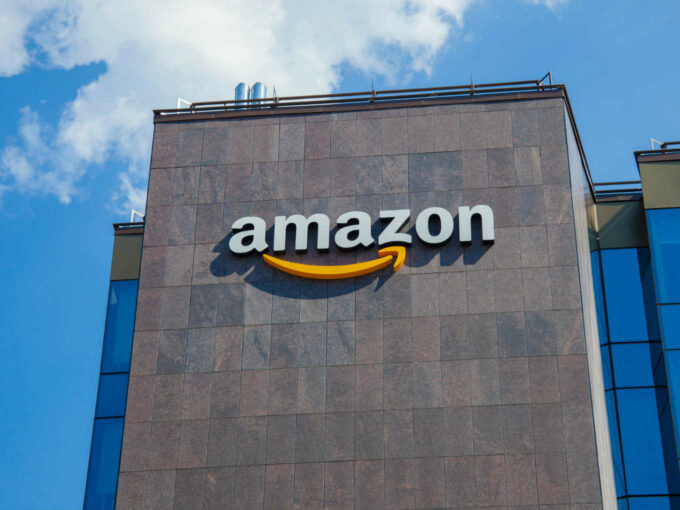 Ecommerce giant Amazon, on Wednesday, asked the sellers on its platform to display the ‘country of origin’ information for new and existing products, by August 10.

In an email sent to sellers, the company wrote that starting July 21, the ‘country of origin’ information would be introduced as a mandatory attribute for product listings on the website. Further, the company added that failure to provide the ‘country of origin’ information by August 10 could “lead to enforcement action, including suppression of your listing.”

Amazon’s move is the latest in a series of developments regarding the display of ‘country of origin’ for products on ecommerce websites. The Department for Promotion of Industry and Internal Trade (DPIIT) has held two meetings with etailers such as Amazon and Flipkart, among others, asking them to ensure that the ‘country of origin’ information is provided for all products being retailed on their websites. 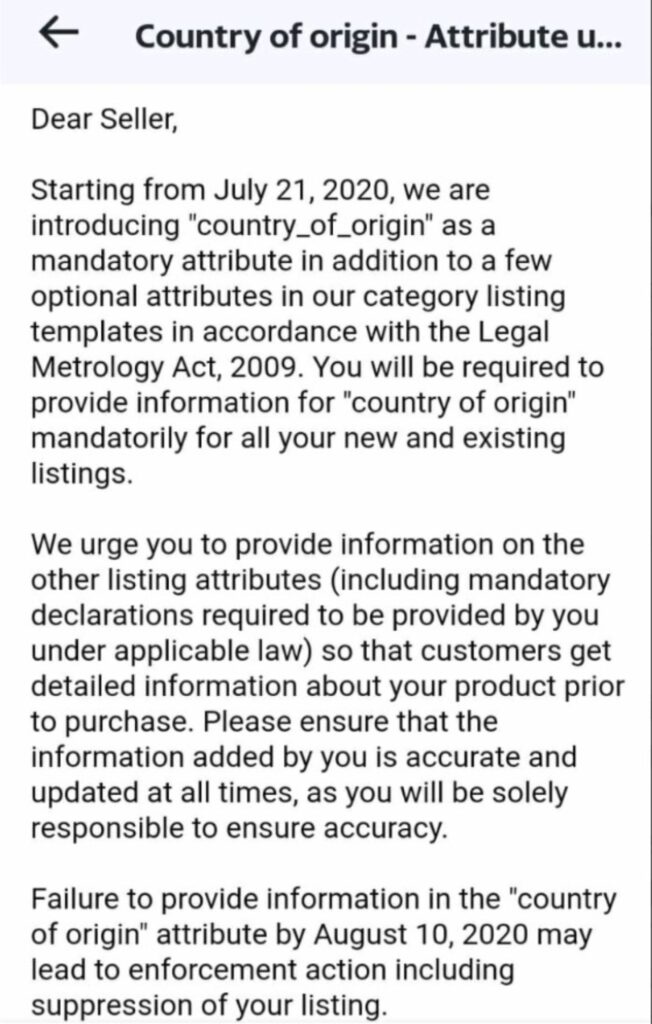 Earlier this month, DPIIT had suggested August 1 as the deadline for etailers to display the requested information for new and existing product listings. However, etailers have sought more time from DPIIT, saying that a hastened deadline for the move would harm the small sellers and MSMEs who may not be aware of the rules, or how to comply with them. Some of the ecommerce players sought three-four months to make the required changes.

The development comes in the wake of growing anti-China sentiment in the country, after border clashes between the two countries in Ladakh’s Galwan Valley last month. The mandatory display of the ‘country of origin’ information for products listed on ecommerce websites is being seen as an attempt by the government to curb the sale of imported products, especially from China.

Reportedly, the government is also considering to make the display of ‘country of origin’ information, one of the mandatory provisions in its ecommerce policy. This would be, keeping in line with the mandate being followed by the Government e-Marketplace (GeM).

In its email sent to sellers, Amazon also urged sellers to “provide information on the other listing attributes (including mandatory declarations required to be provided by you under applicable law) so that customers get detailed information about your product prior to purchase.” According to the All India Online Vendors Association (AIOVA), the notification sent by Amazon to its sellers only asks them to comply with one of the provisions of the ‘Legal Metrology Act’. “Other information such as manufacturer’s name, packer’s name, and more, still remain optional fields on the Amazon back end.”