In January, Facebook had announced an investment of $1Bn in Indian SMBs 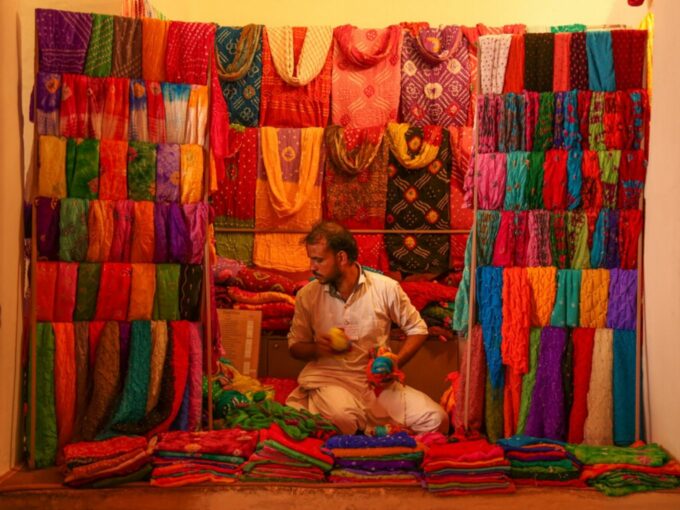 Ecommerce giant Amazon will be investing INR 10 Cr ($1.3 Mn) in its ‘Local Shops on Amazon’ to bring more sellers onboard.

“Recognising the urgent need during these times, we are pledging INR 10 Cr to immediately expand our pilot to onboard and train any motivated retailer or shopkeeper who is ready to lean forward with us in this exciting journey,” the company added, in a blog post.

(1/2) Happy to announce “Local Shops on Amazon”, a program enabling local retailers & shopkeepers of all sizes to leverage Amazon’s technology & grow their footprint digitally. After a successful pilot with 5000+ stores, we are pledging Rs10 Crores to scale the program.

Amazon had conducted the pilot of this programme with more than 5K local stores selling various items — electronics, apparel, toys, furniture, grocery, home furnishing. Under this, Amazon allowed local retailers and shopkeepers to leverage its technology to grow business digitally.

Moreover, these vendors can also list themselves in Amazon’s other programmes like ‘I Have Space’ (IHS) to act as delivery and pickup points and ‘Amazon Easy’ to offer a wider range of products for its walk-in customers.

“We expect this to be a win-win, as customers benefit from access to greater selection, faster deliveries, and additional value-added services, and local shops can transform themselves into digital stores,” Amazon said, in a blog post.

The company elaborated that its partners stores, already a part of the pilot project, have played an important role in helping their customers during the lockdown and supply chain disruption. Amazon also believes that this could be a defining moment for local shops leapfrog the commentary of “offline vs online”, and embrace technology.

This development comes two days after Facebook acquired a 9.99% minority stake in Reliance Jio for $5.7 Bn (INR 43,574). The deal is said to be the largest foreign direct investment (FDI) in the technology sector in India. It has also raised the concerns of several stakeholders, who believe that this would give an undue advantage to the two companies over their competitors, including global giants like Amazon and Google.

In January 2020, Amazon also decided to invest $1 Bn to digitised small and medium-sized businesses (SMBs) in India. Jeff Bezos, during his India visit, highlighted that the investment will help the local SMBs to export goods valuing over $10 Bn worldwide by 2025. This is to be achieved through Amazon’s Global Selling Program, which was launched in May 2015 in India.

The programme streamlines the process for sellers including entrepreneurs, SMEs, and manufacturers to sell their products across international marketplaces. Amazon also helps the  sellers understand the demand patterns in various countries and how to boost their discoverability.

Last May,  Amazon India seller exported goods worth $1 Bn, a 56% rise in the number of local merchant sales to international markets. In a subsequent statement, Amit Agarwal, senior vice-president and country head at Amazon India, said, “we believe that growing ‘Make in India’ exports will be an integral lever for India to grow.”

He noted that the Indian government has made significant efforts in enabling the growth of ecommerce exports with several initiatives like reduced exports documentation, digital custom clearance process, and setting up foreign post offices across the country.