Amazon has halted processing and taking orders for non-essential items 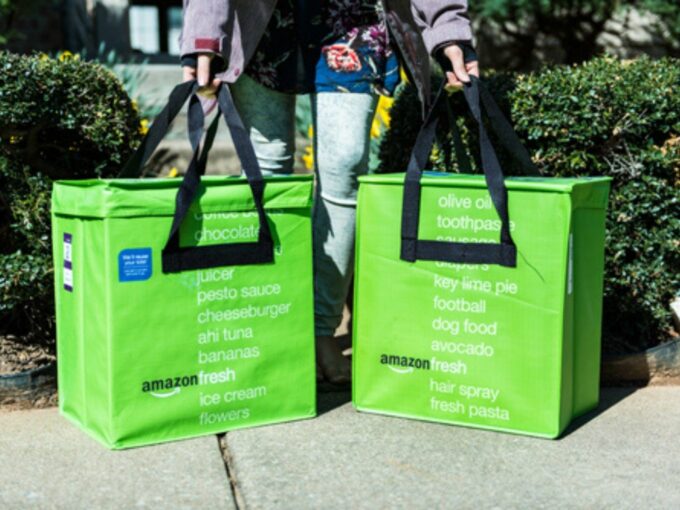 As the competition ramps up in the grocery delivery space, ecommerce major Amazon has pumped INR 284 Cr into Amazon Retail, the company’s unit that sells grocery and food items on the online marketplace.

According to the ministry of corporate affairs filings (MCA) accessed by Inc42, Amazon Retail has raised INR 281.16 Cr from Amazon Corporate Holdings Private Limited and INR 2.84 Cr from Amazon.com Inc.

As part of the deal, Amazon Retail has issued 28 Cr and 28.4 Lakh equity shares to Singapore-based Amazon Corporate Holdings and Mauritius-based subsidiary respectively. The price per share for this arrangement was INR 10. Prior to this investment, the ecommerce giant had pumped INR 172 Cr in Amazon Retail in October 2019.

Currently, all the online grocery delivering platforms are witnessing a spike in the number of orders due to the 21-day nationwide lockdown. Further, in the initial days of the lockdown, most of the companies delivering groceries faced disruptions in their operations which piled up the grocery orders.

However, with the recent funding, Amazon will try to clear the backlog of orders with Amazon Retail playing a key role in fulfilling grocery orders on Amazon’s Pantry and Fresh platform. As of now, Amazon has restarted delivering grocery in around 40 cities.

Going forward, the investment is also expected to help the company consolidate its position in the grocery delivery space which is witnessing the entry of new players every now and then.

Recently, Bengaluru-based food delivery major Swiggy has expanded grocery delivery to most of the cities where it has operations for food delivery. Amazon’s rival Flipkart has also changed the priority to deliver only essential items such as groceries at this time. Also, another ecommerce player Shopclues has joined the burgeoning segment.

While the grocery delivery segment is largely dominated by players like BigBasket and Grofers, the entry of food delivery players like Zomato and Swiggy had made it more competitive.

It is worth noting that both Swiggy and Zomato have also recently raised fundings to strengthen their grocery delivery operations. While Swiggy has raised $43 Mn in a round led by Tencent, Zomato has raised $5 Mn from British investment manager Baillie Gifford’s Pacific Horizon Investment Trust.