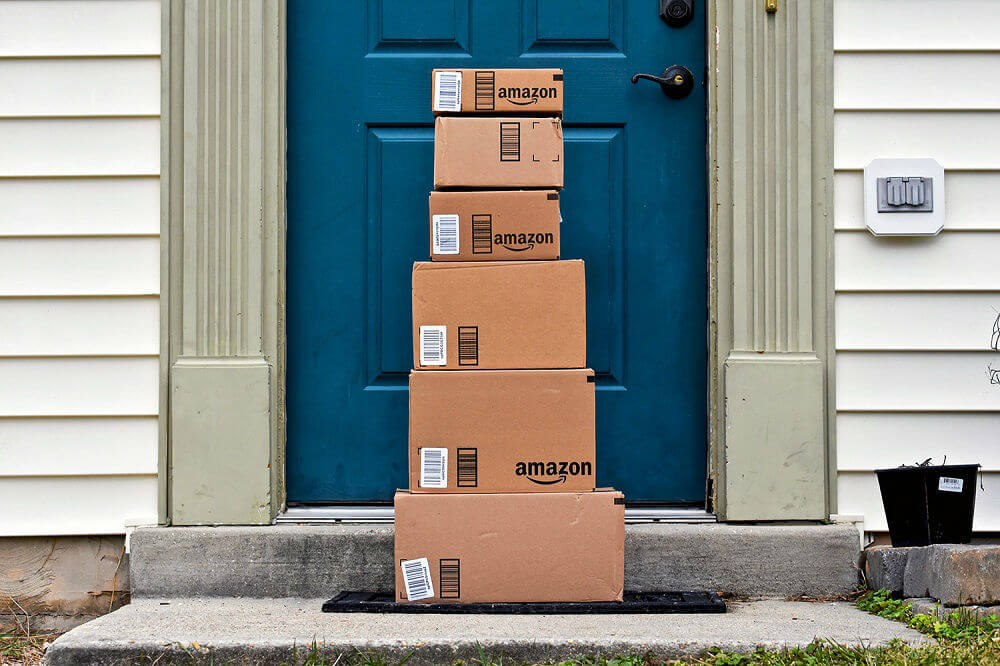 Amazon India seems to be in trouble with its sellers. As per media reports, a 9,000-member strong Amazon India seller’s forum has pulled back sponsored ads from the ecommerce portal over the last two days to protest against the company’s weak return policies. The eCommerce Sellers Association of India (ECSAI) plans to continue the strike for at least another day while awaiting a solution from the ecommerce player.

The sponsored ads help sellers promote their products in Amazon’s search results. ECSAI alleges that sellers are being hurt as Amazon has been approving fake return requests and making them pay for reverse logistics. The sellers also say that they are forced to bear the costs of the products that are often damaged or used. 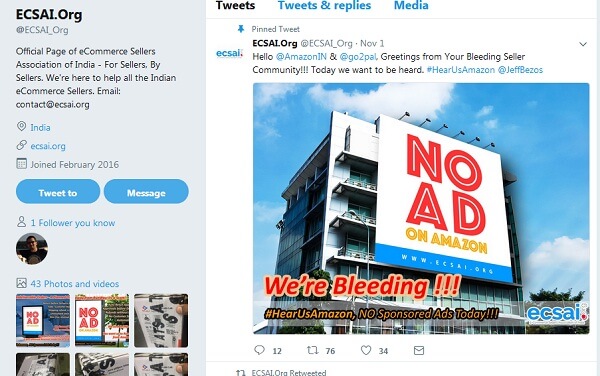 An email query sent to Amazon awaited response at the time of publication of this article.

Amazon, Ecommerce, And The Tussle With Sellers

Amazon India’s total seller base stands at over 225,000. The protest by sellers could thus potentially impact Amazon as ECSAI has said that in the absence of the promotional ads, their members have seen a sales decline of around 10%. This in turn means lesser commissions for the ecommerce player itself. 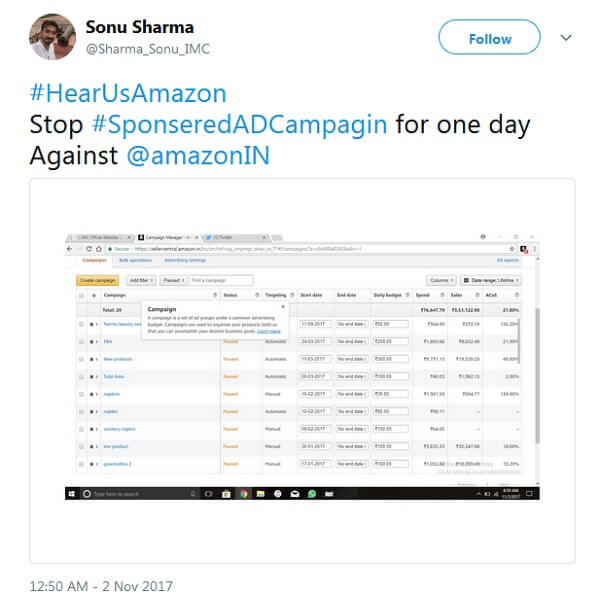 It was in July this year Amazon India updated shipping costs for sellers using the in-house Amazon Transportation Services for delivering orders to out-of-state customers. The new rates will vary according to distance as well as region, sources revealed. As per the new system, India will be divided into four main regions. Vendors shipping products to customers in the same region will see a drop in shipment costs. For deliveries to other regions, sellers will have to pay 15%-16% higher weight handling fees to the ecommerce giant.

Unhappy sellers have been complaining about the high number of returns on Indian ecommerce portals for several months now.  In March, a 1,000-member association called eSeller Suraksha Forum had written to Amazon’s founder Jeff Bezos to draw his attention to their problem. Some ECSAI members also complained that Amazon accepts product returns even outside of the official returns window—sometimes even after six months of purchase. They also allege that Amazon is often lax in accepting returns and doesn’t confirm the contents of a returned package. At times, it even accepts returns without even the right packaging, thereby damaging a product in transit. In addition, sellers claim that they do not get the promised reimbursements from Amazon 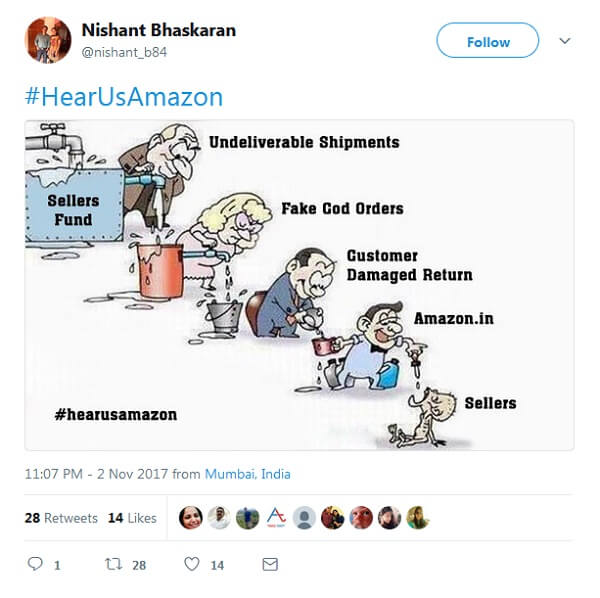 However Amazon is not alone to face troubles from its sellers. Ecommerce firm Flipkart also  ran into trouble with the All India Online Vendors Association (AIOVA) in July this year when a technical malfunction caused the ecommerce marketplace to record wrong weights for shipments. This led AIOVA to issue an advisory notice against Flipkart.

Prior to that, in June this year, AIOVA drafted a petition wherein it has alleged that ecommerce firms including Flipkart, Amazon, and Snapdeal have been violating existing marketplace rules of government. The petition thus demands that steps need to be taken to protect both sellers and buyers in the times to come.

The AIOVA also demanded a grievance cell for sellers, along with a competitive market, prevention of monopoly and cartelisation. Also, the ecommerce sellers have demanded the creation of accounting and auditing standards and disclosure norms to prevent scams.

.In March 2017 also, it reached out to the Competition Commission of India with complaints against WS Retail (Flipkart) and Cloudtail (Amazon). The complaint alleged that both the ecommerce giants are using ‘predatory pricing’ and discounting while selling products via their private label products.

Similar to Amazon, Flipkart too had to face threats from a group of merchants over its revised return policy last year, which led to led to additional operational expenses for sellers. The merchants threatened to either exit or be inactive on the online marketplace, objecting to new conditions imposed on them.

While the protest by Amazon India sellers may or may not be temporary, it only highlights the fact that the ecommerce firms, be it Amazon or Flipkart, need to pay heed to them and incorporate measures to confirm buyers’ authenticity, approve only legitimate return requests, and make life easier for their sellers.

[The development was first reported by Quartz India]

“At Amazon India, we have always believed in working backwards from seller needs, make selling on our marketplace easier & profitable for them and resolve their issues. We always ensure that our sellers of different scale and sizes across all segments are well equipped to do great business. Moreover, we have invested in several programs and initiatives such as Seller University, Service Provider Network, regional seller support to name a few to help sellers with their queries and make selling on Amazon easy and convenient. In addition, we proactively engage with our sellers through various communication channels and social media to get their constant feedback. For the recent issue in question, we are already in touch with the concerned sellers to better understand their queries and resolve them.

“We have not seen any impact on our ads business. There are just handful of sellers who paused some of their campaigns for a day, out of tens of thousands of sellers and brands who leverage our advertising products. Our teams are already engaging with the concerned sellers to understand and address their issues.”