Amazon plans to be carbon neutral throughout operations by 2040 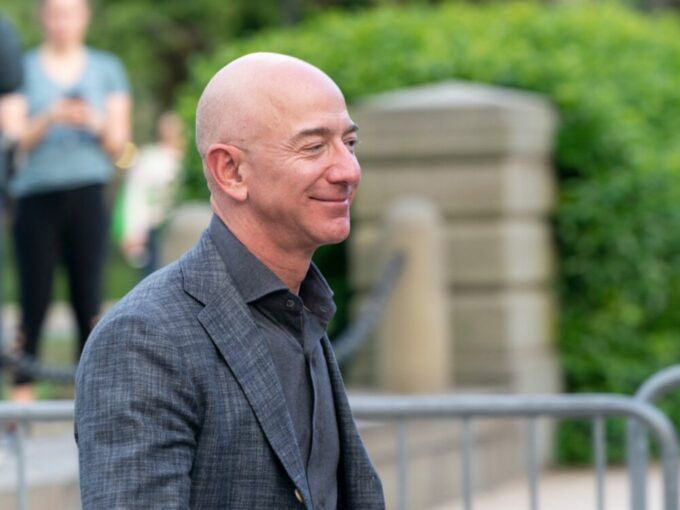 Amazon CEO Jeff Bezos has launched a ‘Bezos Earth Fund’ and committed $10 Bn to tackle Climate Change. However, the company’s employees do not seem to be completely convinced with Bezos’ pitch considering Amazon’s role in worsening the climate crisis.

Advocacy group Amazon Employees For Climate Justice, turned to Twitter, to ask Bezos about the partnership and investments Amazon makes in oil and gas companies once again.

“The people of Earth need to know: When is Amazon going to stop helping oil & gas companies ravage Earth with still more oil and gas wells? When is Amazon going to stop funding climate-denying think tanks like the Competitive Enterprise Institute and climate-delaying policy? When will Amazon take responsibility for the lungs of children near its warehouses by moving from diesel to all-electric trucking?,” the post reads.

The letter from the employees was a response to an Instagram post by Bezos where the Amazon CEO announced his plans to tackle climate change. The $10 Bn will be used to fund scientists, activists, non-governmental organisations (NGOs) and other organisations and individuals to preserve and protect the natural world. Through this initiative, Bezos wants to work with others to “amplify known ways” and explore new ways to tackle climate change. 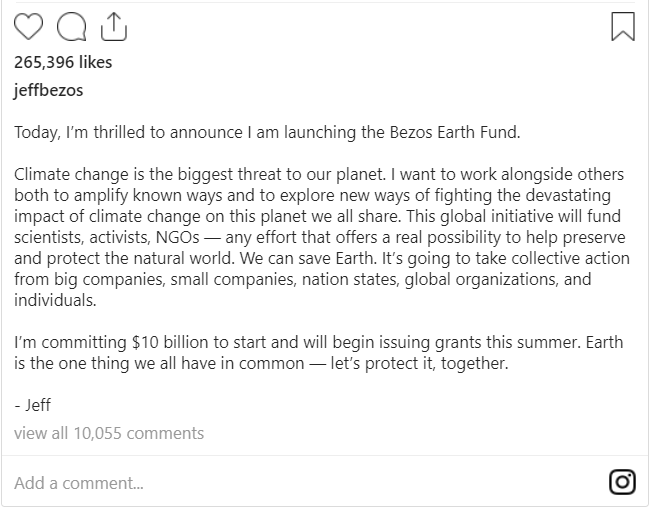 Amazon Employees For Climate Justice had called out Amazon for polluting the environment and helping the oil and gas companies in the past too. Earlier this year, Amazon also threatened to let go of more than 340 employees for signing a Medium post by the advocacy group. 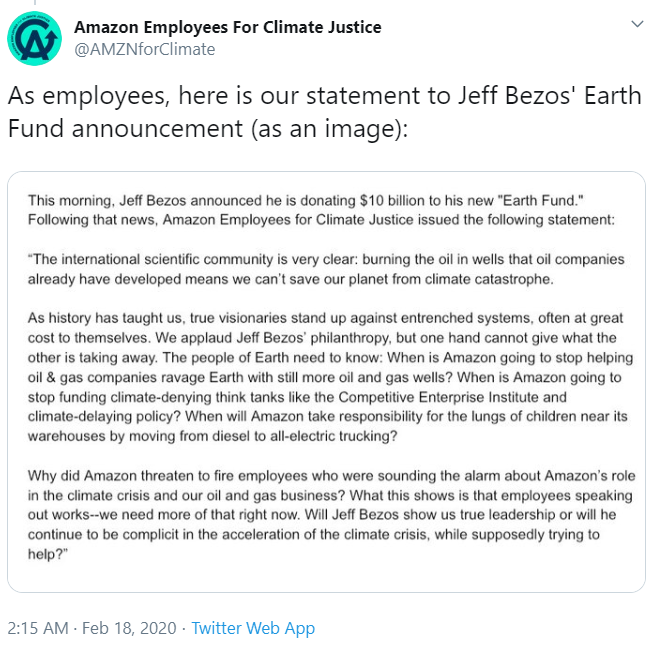 In the recent post, the advocacy group asked, “Why did Amazon threaten to fire employees who were sounding the alarm about Amazon’s role in the climate crisis and our oil and gas business?”

It added that Amazon has proven that employees speaking out works to make a change. “Will Jeff Bezos show us true leadership or will he continue to be complicit in the acceleration of the climate crisis, while supposedly trying to help?”

In September 2019, Bezos had pledged to make Amazon carbon neutral by 2040. Bezos also decided to buy 100K electric delivery vans, after facing a series of protests from both employees and consumers. For India, the company is adopting 10K electric vehicles made by Indian original equipment manufacturer (OEM).

Amazon’s India unit has also come under the scanner of National Green Tribunal (NGT) after a sixteen-year-old filed a petition against the company for using single-use plastic. After which, Amazon India clarified that it is working towards eliminating single-use plastic completely by June 2020.

It also claimed that less than 7% of their packaging material consists of single-use plastic. The company added that it has introduced ‘paper cushions’, which will replace plastic dunnage across their fulfilment centres in India by the end of the year.