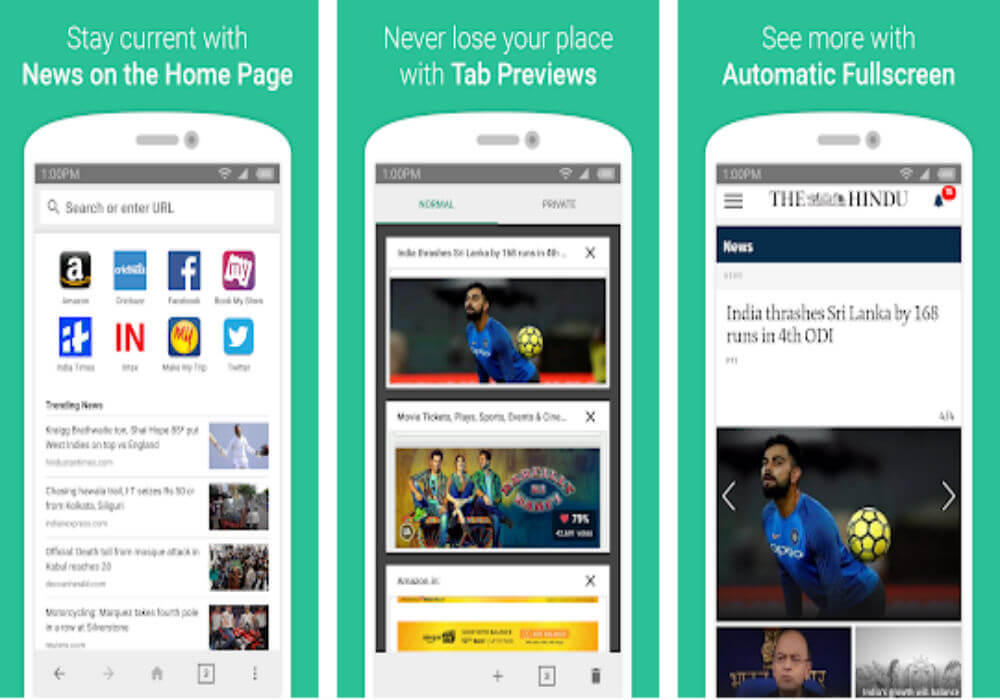 In yet another India-focussed product, Amazon has launched a lite browser for Android devices named Internet. With the size of 2 MB, it is touted to be “lighter than the competition”.

With the claim to offer a private user experience by not asking any additional permissions or collect private data like other browsers, Internet is available for download via Google Play and is compatible with devices running Android 5.0 Marshmallow and above.

The homepage comes with an integrated section for trending “news, cricket and entertainment from the top sites”. It also offers tab previews and enables an automatic fullscreen mode. Furthermore, it also gives an option to switch to private tabs to let users hide browsing history from their devices.

On the play store, Amazon claims that the app is “private, extra small, gives private tabs and updates with the news.”

This isn’t the first time that Amazon has brought the ‘lite’ version of its application to India. Earlier, Amazon introduced Kindle Lite, which it claimed “is less than 2MB and provides Kindle features that customers love, including personalised recommendations, Whispersync (synching your eBooks across devices) as well as free eBook samples and titles across English, Hindi, Tamil, Marathi, Gujarati and Malayalam”.

Other companies have also brought the lite versions of their applications primarily for India and its slow Internet services. Facebook and Google are majorly building their native “lite” version apps by offering Facebook Lite and Messenger Lite while Google has Gmail Go, Google Go, Google Maps Go and YouTube Go that all are available pre-installed on devices running Android Oreo (Go Edition).

With a continued focus on India, Amazon had committed $5 Bn investment in the country and has been continuously expanding its product portfolio. Recently, under the Global selling programme, Amazon India announced that it will now allow Indian merchants to sell goods in Australia through its platform, giving sellers more opportunities to go international.

Furthermore, Amazon also launched its Prime Music services and has been continuously expanding the plethora of music on the platform. It has already introduced Prime Video and has been bringing India-specific content too.

Recognising the strength of the Indian market, Amazon has been continuously increasing its bet on India. With Internet, its lite web browser, how does the global giant make its mark in the web browser segment remains to be seen.