Last year, both Flipkart and Amazon had noted $3 Bn in sales during Diwali 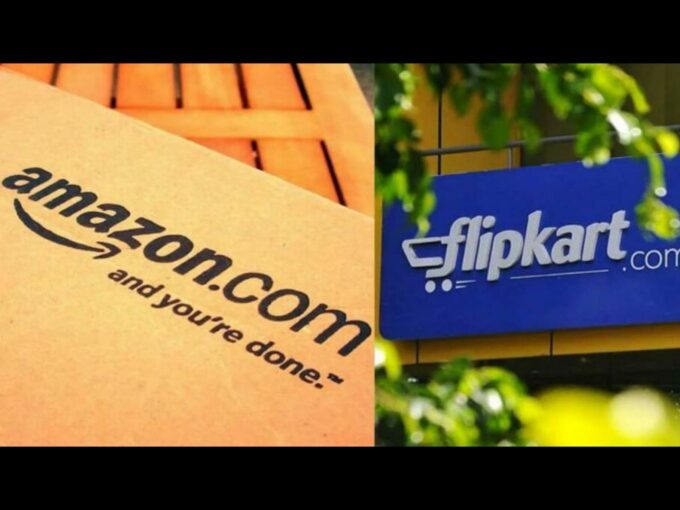 Indian ecommerce giants Flipkart and Amazon are prepping for the upcoming festive season sale. This year, besides looking to establish their dominance the ecommerce giants are also aiming to make up for the lost sales during the pandemic.

For starters, Amazon India has announced augmentation in its delivery network by adding 20K delivery partners and ramping up its delivery infrastructure. The US-based ecommerce giant has added nearly 200 delivery startups, including those operated by Delivery Service Partners across the country to further direct its reach in many remote North Eastern towns such as Champhai, Kolasib, Lumding and Mokokchung.

Besides this, the company has also strengthened it is I Have Space’ programme that allows local kirana stores to act as a delivery and pickup point to more than 28K neighbourhood and kirana stores in close to 350 cities. Meanwhile, it has also expanded the reach of its Amazon Flex programme to 65 cities in India. The programme allows people to work part-time delivery partners for the ecommerce giant.

Commenting on the expansion of its delivery network, Prakash Rochlani, Director of Last Mile Operations at Amazon India said, “Our goal is to ensure customers across the country are able to get what they desire this festive season from the comfort of their home, while prioritizing the safety of both our customers and delivery partners. We have worked hard to prepare our delivery network to enable safe, no-contact deliveries from all parts of the country”.

Meanwhile, rival Flipkart, which outpaced Amazon during the festive season sales last year, has decided to divert its focus majorly on its latest B2B offering Flipkart Wholesale. The company, on Monday (September 28) announced the first festive season sale ‘Big Festival Month’ of the platform from September 29 onwards. The sale will last till October 31, 2020 and will feature products in fashion categories across more than 50 brands, 100 sellers and one lakh members.

The company believes that such a platform can effectively digitally transform kiranas and MSMEs, while helping them grow faster, retain customers and also improve profitability. The customers will also have access to easy credit facilities in partnership with banks and NBFCs to manage cash flow.

Commenting on the latest development, Flipkart Wholesale head and senior vice president at Flipkart Adarsh Menon, said, “The upcoming festive season is a great opportunity for retailers and MSMEs to boost sales and profitability. We endeavour to bring festive cheer for our partners, make business easy for them and support their demand generation efforts through relevant insights and stock selections. We see this as an opportunity for the whole retail ecosystem to come together, lift consumer sentiment and drive business growth for local MSMEs across the country.”

Last year, ecommerce giants Flipkart and Amazon recorded a combined gross merchandise value of $3 Bn or INR 19K Cr in India during their respective festive season sales, despite the economic slowdown. Both these platforms made up for almost 90% of the overall ecommerce sales during the gifting season.

According to the RedSeer Consulting report, Flipkart reportedly stood at INR 1.9K versus INR 1.4K on Amazon. The homegrown ecommerce giant Flipkart led with a 64% share of the combined gross sales, while Amazon continued to show a higher net promoter score (NPS) which gauges customer loyalty.