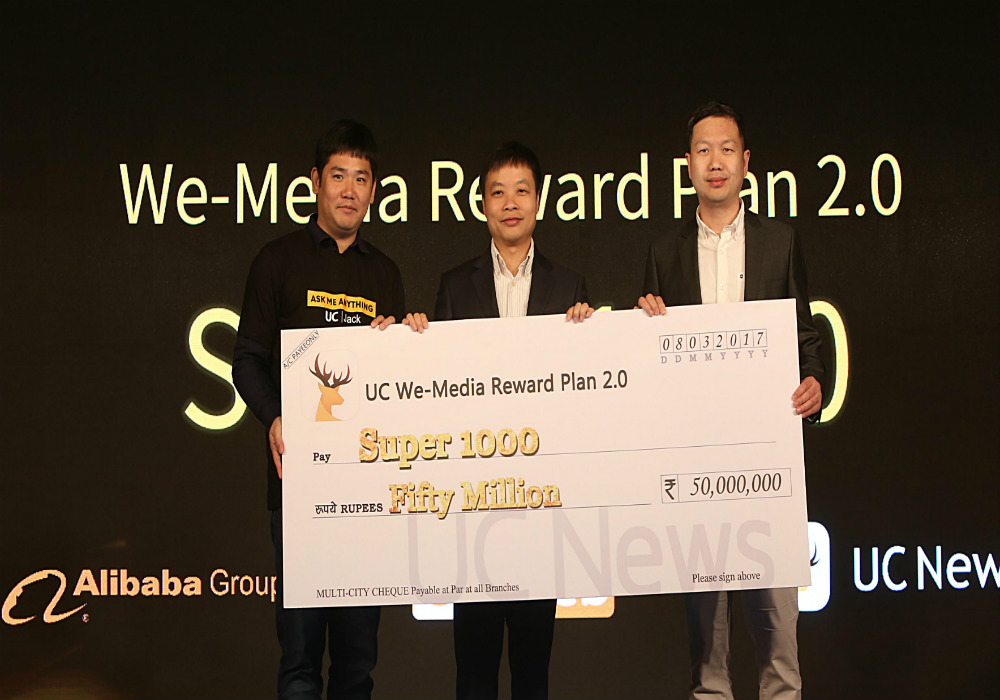 The Chinese ecommerce giant further plans to invest about $30 Mn (INR 200 Cr) in the next two years to drive the content distribution wagon in India.

UC News was launched in June 2016 and is the content distribution arm of UC Web. It claims to currently have 80 Mn active users per month. Depending on what kind of content the user is consuming, it reflects content when the user comes to UC News the next time.

Big data-based content distributor, UC News aims to be a one-stop source of trending and curated news content covering all popular categories that Indian users can consume on the go, with featured channels, including news, cricket, technology, entertainment, movies, lifestyle, health, and humour among others. 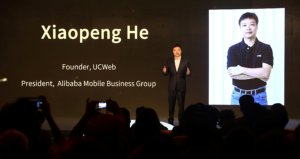 Commenting on the development, He Xiaopeng, co-founder UCWeb and President, Alibaba Mobile Business Group said, “Dominance of mobile and digital proliferation is leading to an increased adoption of mobile internet and is making India ‘Digitally Ready.’ UCWeb is realising its vision of “serve half the population of the planet” and we are moving forward to the era of “GUF” (Google, UCWeb and Facebook). The investment falls under Alibaba Digital Media and Entertainment Group’s targeted investment of $7.2 Bn in content over the next three years.”

The platform further plans to focus on video-generated content and will generate short form videos in India. The company is in the process of setting up a separate team to handle the short videos section and is looking for for relevant partners to support this for UC News India.

According to a report by Medianama, UC Web dominated 50% of market share in India in November 2016 and, as of now, holds a 57% market share in the country which is first among the top 4 browsers, according a report by Stat Counter. As per the official numbers provided by UC Web, the platform generated over 3,100 Mn page views in January 2017, that corresponds to 100 Mn pageviews daily. As of this quarter, an average user reportedly spends over 23 minutes on UC News.

Talking about its video-first strategy, Kenny Ye, GM-Overseas Business, Alibaba Mobile Business Group said, “Our strong user base number indicates the success of our strategy of moving ‘From Tool to Content’. We had said that content is booming and 80 Million MAUs (Monthly Active Users) of UC News is a clear reflection of that. Users are embracing diverse digital content and their appetite for such content is being met by UC News.”

The platform saw an increase of 184% and 348% (M-o-M) in its page views of English and Hindi We-Media content, respectively, in November 2016. UC Web also has plans to add more than 30,000 self publishers, bloggers, and key opinion leaders on its We-Media platform in 2017.

What Is UC We-Media Reward Plan 2.0

The reward plan aims to build a local content ecosystem in India. It looks to do so with two features: ‘Super 1000’ and increased ads revenue share. The platform will invest $30 Mn primarily in India and Indonesia to back the content ecosystem in both the developing countries.

Super 1000: Under this scheme, the platform will select 1000 of its top content creators and contributors from India and Indonesia and provide them with a minimum pay of INR 50K per month.

Users who have been registered on the platform for more than 30 days and have written more than 10 articles a month are eligible to participate in this scheme. The content needs to be original, highly qualitative, and should adhere to local laws and regulations.

In addition, the users, after being enrolled in the Super 1000 plan should publish at least 20 articles a month, that too exclusively on UC News. Applications will be reviewed by the teams and users who aim to provide the audience with unique content will be selected. Participants will be notified about the status of their selection in 20 days and, in case, they aren’t selected they are eligible to apply after 30 days, as per an official statement.

The platform has also updated its ad revenue-sharing model. Under the update, the content creators will be eligible to receive a higher percentage of the revenues generated via advertisements.

Alibaba has been operating in India since 2007. The marketplace had around 6 Mn registered Indian buyers and sellers, as of early 2016. In May 2015, through its marketplace AliExpress, Alibaba entered the Indian ecommerce market. AliExpress entered into a strategic tie-up with mcommerce and payments platform Paytm. In August 2015, Alibaba invested $500 Mn in Indian ecommerce platform Snapdeal.

In June 2016, it was reported that the family offices of Alibaba Group chairman Jack Ma and Executive Vice Chairman Joseph Tsai, are reportedly exploring investments in India. According to an official statement, Alibaba’s Singles’ Day Sale of 2016 grossed $17.8 Bn in sales.

In September 2016, with an aim to provide platform users with tailor-made services for their business, it launched a programme called Trade Facilitation Centre (TFC). Under the programme, Small and Medium Enterprises (SMEs) can avail special benefits, dedicated support and customised value-added services besides providing dedicated facilities. To explore the establishment of an expanded TFC programme in India, Alibaba has entered into agreements with Kotak Mahindra Bank, IDFC Bank, Delhivery, DHL, and Aditya Birla Finance Ltd.

Following that, there have been various reports of Alibaba being in talks with Flipkart, ShopClues and Snapdeal, as it looks to merge the marketplace of Paytm, with another ecommerce entity, to compete with global ecommerce giant Amazon. Currently, it owns 40% stake in Paytm and 3% stake in Snapdeal, among others.

Following that, towards the end of 2016, reports surfaced that Alibaba is setting up its first office in India in Mumbai. The office was reportedly being set up in Mumbai’s commercial BKC (Bandra-Kurla Complex). Earlier this week, Alibaba led a $200 Mn round in Paytm’s recently formed ecommerce unit, Paytm E-Commerce Pvt. Ltd. The funding also marks Alibaba’s formal entry into the Indian ecommerce market.