DingTalk Will Compete With Slack, Facebook For Workplace, Flock Among Others In India 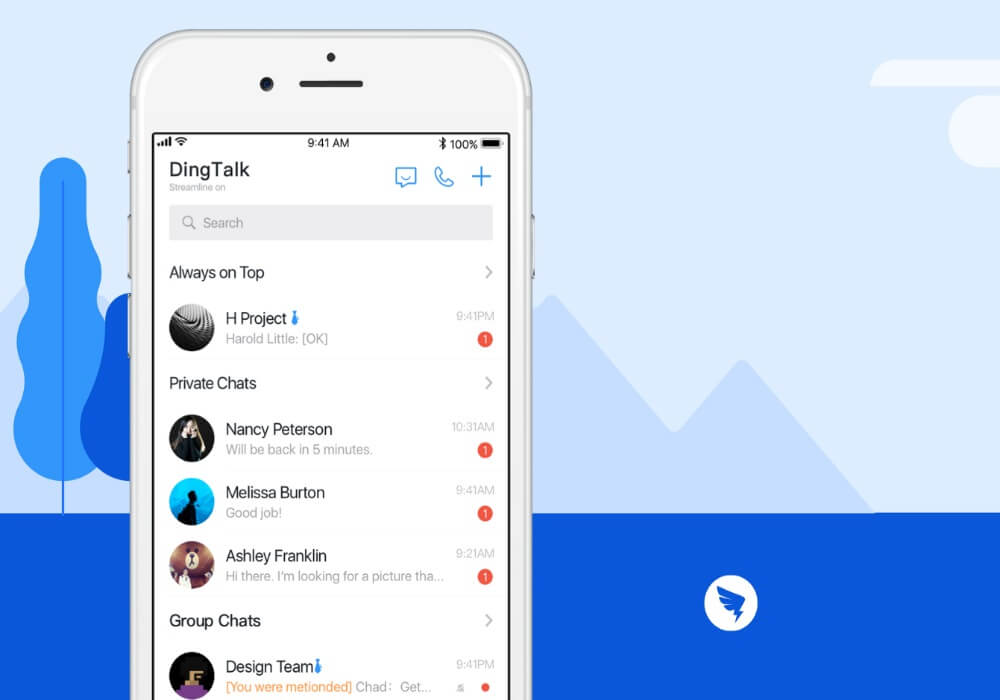 Taking the battle with Tencent funded chat app WeChat further, Alibaba-owned messaging platform DingTalk has now launched an English version of the app for India and Malaysia. Like team collaboration tool Slack, the messaging app caters to the communication needs of small and medium-scale enterprises.

The chat app has been so far limited to the Chinese market only.

Commenting on the launch, Chris Wang, Head of Global Business Development for DingTalk stated, “Our endeavour is to empower SMEs so they can scale and become part of the global marketplace. With DingTalk, we will enable organisations to seamlessly communicate and collaborate across locations, thereby increasing productivity.”

Alibaba had launched DingTalk in April 2015 in order to help improve the communication gap between its vendor companies/merchandises and other independent SMEs. However, the app despite having over 5 Mn SME users in China failed to take on WeChat at large which has now over 800 Mn users including 20 Mn SME users.

Available on iOS, Android, and Windows OS, DingTalk supports audio, video and/or conference calls for up to 3,000 parties in a single call and integrated emails, chats and message reminder features. Voice and video services are currently only available via VoIP for users outside of China.

The chat app can also send files of up to 700 Mb size and is enabled with many other services that Slack and WeChat offer. DingTalk also allows party SaaS applications and services to be integrated with DingTalk and provide an enterprise service ecosystem for SMEs.

The downloads are enough to encourage the Alibaba-owned chat app to foray into the global arena.

As per an official statement released by the company, Dingtalk is also looking forward to launch the app in South-east Asian countries while a Japanese version of the app is under development.

In an already crowded space of mobile apps for messaging, it is worth noting that WeChat that is hugely popular in China could not really stand out in competition with WhatsApp which nowadays is also used by enterprises in India. Similarly, Slack has a limited presence across SMEs in India.

Among other players are omnipresent Skype which has now enabled end-to-end encryption using the same security protocol that facebook messenger and WhatsApp use and communication tool Flock that was launched in 2014 and has successfully raised $45 Mn funding since then.

In September, 2017, Facebook-owned WhatsApp while unveiled its enterprise edition to better communicate with its clients, in October, 2017, Facebook also launched a separate workplace app which was so far available in beta version only.

Will Alibaba-owned DingTalk be able to compete with the Facebook-owned chat app WhatsApp, given that average Indian users’ smartphones have got very limited space?