Airtel IQ enables companies to embed encrypted voice calling, SMS, and IVR into their web or mobile applications as well as an SDK for analytics 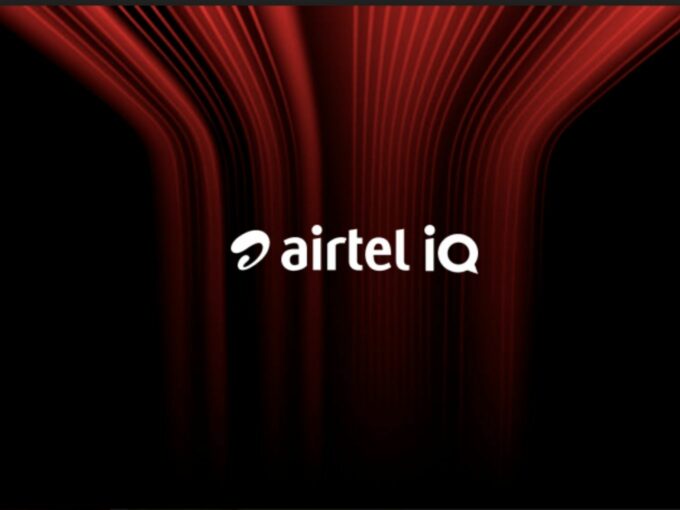 Offered as APIs, Airtel IQ can be integrated within a company’s communications backend within a day’s time, according to a press briefing by the telco. Airtel IQ works on a pay-as-you-go model, which means companies do not have to invest capital upfront in building the infrastructure, instead the billing will be dependent on their service usage, similar to how cloud computing and storage works for enterprises.

Airtel claimed that its pilot test for Airtel IQ, which involved startups and companies such as Swiggy, Justdial, Urban Company, Havells, Dr. Lal Path Labs, and Rapido, resulted in communications costs falling by 30%-40% due to the consumption-based meter rather than bulk purchasing of telephony services.

“Almost 80% to 90% of our customers told us that they are using some or other part of the telecom ecosystem whether it is voice, SMS, or IVR but this whole market is fragmented, there is no one product to solve all these use-cases at scale. So we wanted to attack that problem,” said Ajay Chitkara, director of Airtel Business.

Further, Airtel IQ will enable companies to encrypt all their communications with the customer along with masking mobile numbers. For instance, after ordering through an online platform, the customer usually ends up calling the delivery executive to give delivery instructions or check the status of the order. This communication can now be done through Airtel IQ without the customer or delivery partner sharing their phone numbers. 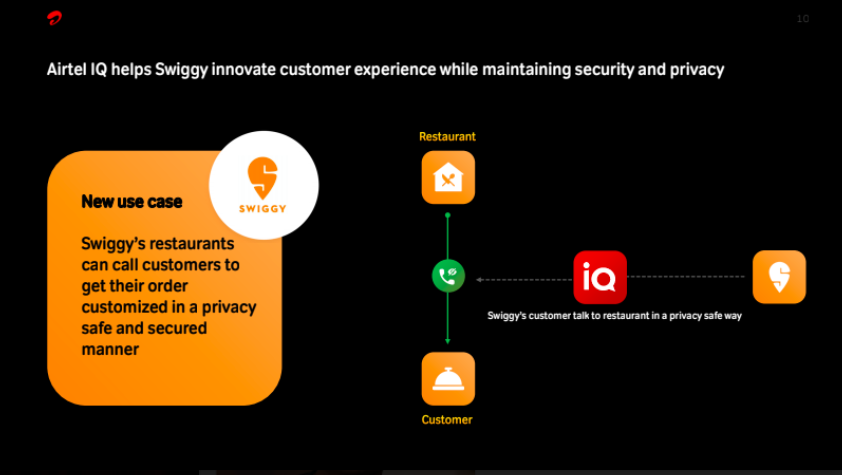 Another interesting API integration use-case is Airtel IQ analytics SDK for customer insights, which will allow companies to track app usage patterns and notification or message delivery status among other things.

Adarsh Nair, chief product officer, Bharti Airtel said, “When AWS(Amazon Web Services) came to the market, the cloud became democratised, today big enterprises and startups easily use the cloud in a plug and play fashion. That’s what Airtel IQ can do for communication.”

Being integrated into telco-grade infrastructure, Airtel IQ claims to offer a robust, secure, cost-efficient, and intuitive solution to enterprises.

Rishikesh S R, cofounder of a bike taxi platform Rapido who was part of Airtel IQ’s beta phase said, “The biggest advantage of on-boarding Airtel IQ for Rapido has been the expansion of its partner network without any privacy or integration incidents.”

While Airtel has claimed privacy and secure connections to be the focus of Airtel IQ, the telecom major has been dealing with various data privacy concerns over the past few months.

However, Airtel, later in a statement, attributed the inclusion of the contentious passage in its privacy policy to a “clerical error.”

Also, in December 2019, Airtel was found to contain a major security flaw, which made sensitive user information of any Airtel subscriber vulnerable. The vulnerability, which was present in Airtel’s mobile application, was first discovered by an independent security researcher Ehraz Ahmed. With this security flaw, 325.5 Mn Airtel subscribers in India were put at risk of a data breach.

The researcher found a security flaw in an application program Interface (API) of Airtel’s mobile app, which is said to be behind the security breach. It revealed personally identifiable information such as the first and last name of the subscriber, their gender, email, date of birth, address, subscription information, device capability information for 4G, 3G, and GPRS, network information, activation date, user type — prepaid or postpaid, and current IMEI number of the device. However, the company claimed that it fixed the flaw after it was brought to its notice.

While privacy concerns abound, it will be interesting to see whether Airtel’s focus on enterprise applications will offset the revenue loss it saw at the hands of Reliance Jio as the latter dominated the market. Airtel lost ground at the expense of Jio and is currently the second largest consumer telco by market share.

Rapido’s quote was added to the story