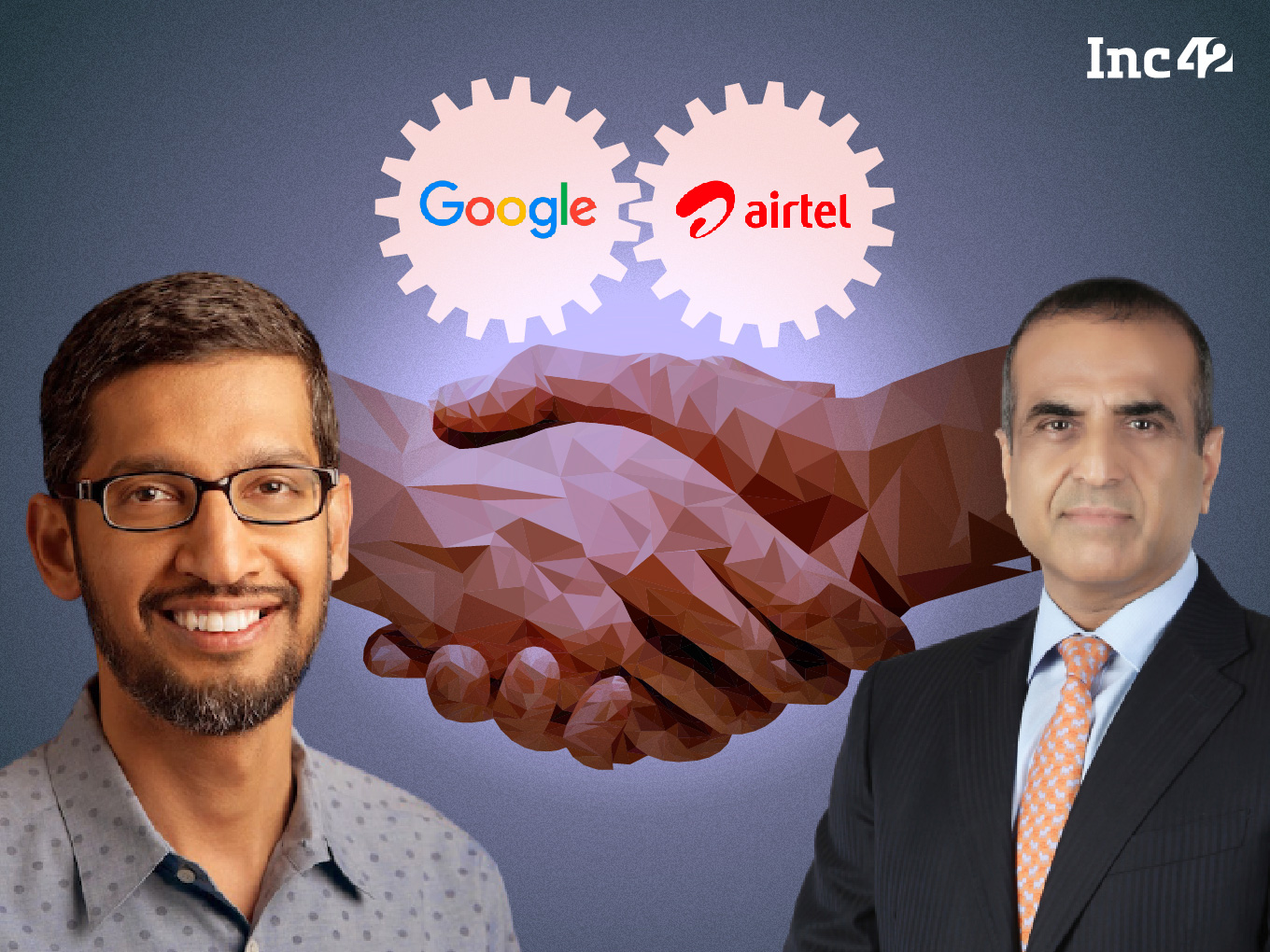 Airtel becomes the second Indian telecom company in which Google has invested after the tech giant picked up a 7.73% stake in Jio in 2020 for $4.5 Bn

Google’s investment comes from Google For India Digitisation Fund, a war chest worth $10 Bn announced in 2020

At the Extraordinary General Meeting organised by Bharti Airtel on 26th February, the stakeholders of the telco have approved Google’s purchase of a 1.28% stake in the company, worth $700 Mn.

The stakeholders approved the proposal almost unanimously, paving the way for Google to pick up a stake in the second Indian telco within 24 months.

At the EGM, the stakeholders passed a special resolution that will see Google pick up a stake in the telecommunications company, alongside multiple business deals, also funded by Google.

Notably, Airtel will receive the investment over the next five years, a ‘long-term’ investment, as the companies put it, will allow the telco to tackle the upcoming 5G challenges.

This investment comes under the Google For India Digitisation Fund, which was announced by Sundar Pichai back in July 2020. Back then, Pichai had said that the Silicon Valley giant will invest $10 Bn in India, to deliver affordable connectivity across the country.

In that regard, it had bought a 7.73% stake in Jio, and that partnership delivered the Jio Phone Next, one of the cheapest 4G smartphones in the world. While that phone was more of a miss than a hit, it seems like Google’s objectives with the Airtel deal are a bit different.

The deal is divided into two parts: Google will pick up 71,176,839 in Airtel, at INR 734 per share, for around $700 Mn. The remaining $300 Mn of the total investment will go towards three major commercial agreements, as follows:

Right now, Airtel is working on 5G use cases, with the 5G spectrum auction imminent. Coupled with the amount of passive infrastructure required for the next generation of mobile networks, it will cost the telco a pretty penny.

Needless to say, this investment will help Airtel’s cause quite a lot, as it keeps mounting the pressure on Reliance Jio at the top of the Indian telecom industry.

The Q3 reports saw both the telcos make significant headways, with Airtel only behind Jio in terms of total subscribers.

Other Proposals at the EGM

At the same EGM, the telco’s investors also approved a proposal to spend  INR 1.17 Tn in business transactions with three of its subsidiaries, namely: Indus Towers, Nxtra by Airtel, and Bharti Hexacom.

For Indus Towers, Bharti Airtel has big plans. It will spend INR 88,000 Cr on the tower company. Airtel has already picked up a 4.7% stake in Indus Towers and will look to invest more to develop 5G infrastructure locally.

Under the investment plan, Bharti Airtel will invest up to INR 17,000 Cr on transactions with Indus Towers in the next four financial years and INR 20,000 Cr in 2025-26.

Next, Airtel will spend INR 15,000 Cr to avail of data center services from Nxtra, and spend another INR 14,000 Cr in business deals with Bharti Hexacom.