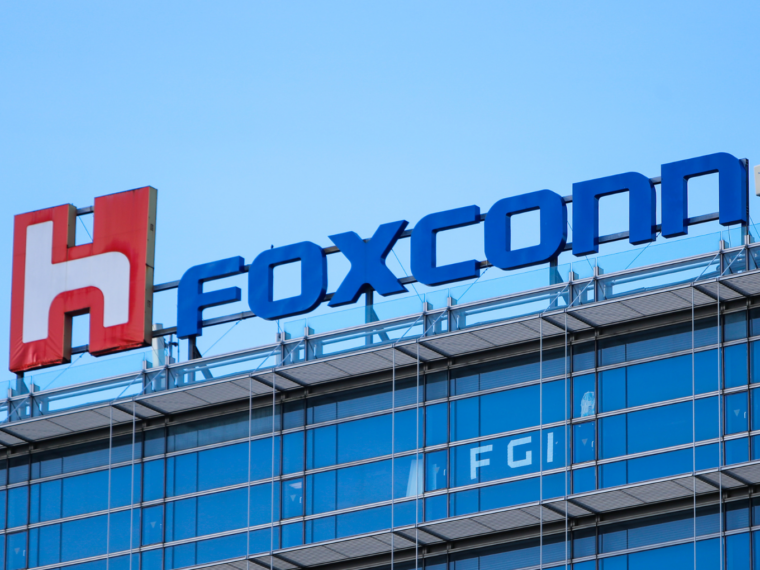 Sources said that Foxconn’s EV arm, Foxtron is considering to manufacture EVs in India and other Southeast Asian countries including Vietnam and Indonesia

After knowing this, the Tamil Nadu government is pursuing the electronics giant Foxconn to set up its EV manufacturing plant in the state

According to a FADA report, 17,804 commercial EV units have been sold in India in FY22, up by 2.5x as compared to sales figures of FY21

Taiwan-based electronics contract manufacturer, Foxconn is planning to produce electric vehicles (EVs) in India. Through this, the electronics giant will be able to expand its Asian manufacturing supply chain.

The ET report quoted sources saying that Foxconn’s EV arm, Foxtron, is considering manufacturing EVs in India and other Southeast Asian countries including Vietnam and Indonesia.

After knowing this, the Tamil Nadu government is making use of this golden opportunity and thus, pursuing the electronics giant Foxconn to set up its EV manufacturing plant in the state.

Foxconn already has a presence in India with its two manufacturing units that are based in Chennai and other locations. It presently manufactures Apple’s phones and smartphones of some other Chinese brands including Xiaomi in India.

Foxconn’s interest sparked in the Indian EV market after noticing the growing demand for EVs among Indian natives. According to a FADA report, 17,804 commercial EV units were sold in India in FY22, up by 2.5x as compared to sales figures of FY21.

Apart from Foxconn, Elon Musk’s Tesla is also looking to venture into the Indian EV market. However, Musk is not agreeing to make EVs in the country unless the Indian government allows Tesla to sell and service cars first. He is also urging the government to reduce import duties on EVs that will be imported from China.

Responding to Musk’s demands, Road Transport Minister Nitin Gadkari had earlier said that there would not be any problem if Tesla starts manufacturing EVs in India. However, the company should not consider bringing fully imported cars from China.

Recently, the Union Minister for heavy industries and public enterprises, Mahendra Nath Pandey also said, “the Indian government will not compromise with Tesla’s demands in any way…Tesla, Elon Musk is welcome to India, but only after complying with the country’s policies.”

Government And Investors Push Up The EV Market

Extension of FAME India scheme, creation of PLI scheme for EV sector, Delhi government’s draft guidelines for EV adoption and Maharashtra government’s setting up an EV-focussed fund are some of the initiatives taken so far.

Besides the Centre and state government’s support, the EV sector has also been seeing a tremendous increase in investors’ participation in the sector. Earlier in May, EV startup MoEVing secured $5 Mn from BeyondTeq, GCC family offices, Strides One, TradeCred, N+1 Capital, and Nitish Mittersain.

Around the same time frame, EV startup BluSmart bagged $25 Mn in its Series A funding round led by BP Ventures and Green Frontier Capital. Other investors who participated in the round included Stride Ventures, Alteria Capital, BlackSoil and UCIC.