The move is in line with what other social media platforms Google and Facebook have announced recently. However, it is also to be noted that Twitter co-founder Jack Dorsey, who took over the reins after Dick Costolo in 2015 amid allegations over Costolo failing to stop the hate and fake tweets, is also the CEO of Square, a cash payment app which has recently added Bitcoin trading to its platform.

Jack had then tweeted, “Instant buying (and selling, if you don’t want to hold) of Bitcoin is now available to most Cash App customers. We support Bitcoin because we see it as a long-term path towards greater financial access for all. This is a small step.” 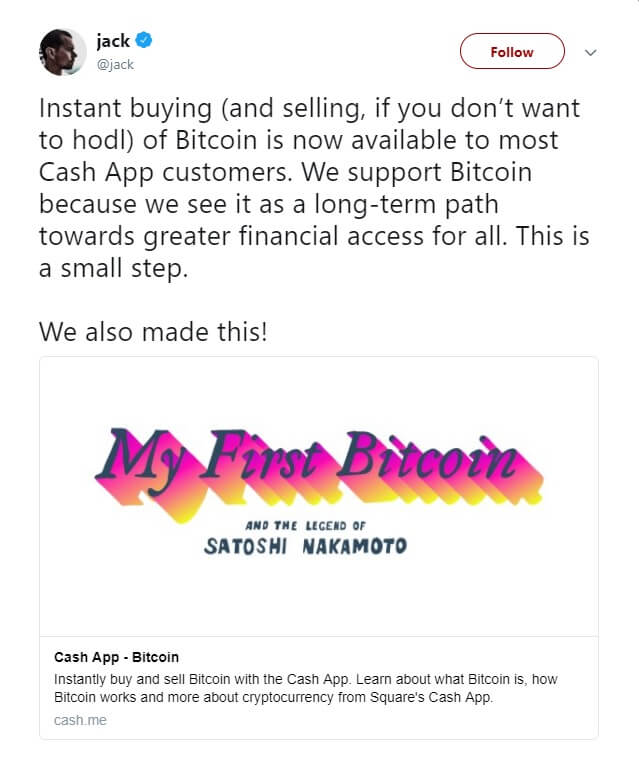 However, Evan Williams, one of the most impactful and successful startuppers, founder of leading internet platforms such as blogger, Twitter and Medium, appeared agnostic about Bitcoin, shared Nik Custodia’s Medium blog, “Worked for me: Explain Bitcoin, Like I’m Five by @nik5ter”

Twitter hasn’t officially confirmed the development yet. Inc42 has contacted Twitter Ads team in this regard and any development further shall be updated, as it comes.

Earlier this month, search engine giant Google, a $809 Bn company (Alphabet), had announced to introduce a new restricted financial products policy prohibiting cryptocurrency-related ads including ICOs from all of its platforms. The policy is supposed to go into effect from June 2018 onwards.

The policy stated, ads for the following will no longer be allowed to serve:

Speaking to CNBC, Google’s Director of Sustainable Ads, Scott Spencer had stated, “We don’t have a crystal ball to know where the future is going to go with cryptocurrencies, but we’ve seen enough consumer harm or potential for consumer harm that it’s an area that we want to approach with extreme caution.”

Earlier in January, stating that misleading ads have no place on Facebook, the social media giant had announced a policy to ban all ads that promote cryptocurrencies, including Bitcoin and initial coin offerings (ICOs).

Facebook called this an effort by the company to prevent people from advertising “financial products and services frequently associated with misleading or deceptive promotional practices”.

In the name of Bitcoin and cryptocurrencies, many Ponzi schemes have been running their ads on Google, Facebook and other platforms. Google, in its trust and safety ads report, has said that it took down more than 3.2 Bn ads in 2017 that violated its policies, which is nearly double the 1.7 Bn number it removed the year before. Since 84% of its parent company Alphabet’s total income depends on ad revenues, Google appears to be ultra careful about the ads medium.

With over 300 Mn users, the microblogging platform Twitter is also appeared to have following the same design thinking for advertisement policies.