The company said that because of unforeseeable circumstances, it will be suspending payments to sellers 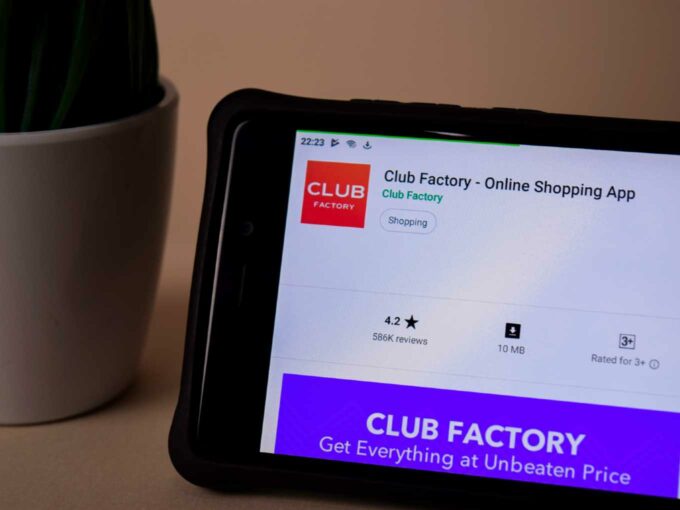 India’s ban on 59 Chinese apps may have incited a nationalist cheer since it came in the wake of border clashes between the two countries in Ladakh’s Galwan Valley. However, the economic repercussions of the ban, being faced by people, are hard to ignore.

On Tuesday, ecommerce store Club Factory — one among the Chinese apps banned on June 29 —  in a letter to the sellers who used the platform, said that the government’s ban on the application and website constitutes a ‘Force Majeure Event’ — a common clause in contracts which states that in the event of unforeseeable circumstances, both parties to the contract would be temporarily freed from their liabilities and obligations as defined in the contract. Club Factory has cited the clause to explain that it won’t be able to complete outstanding payments to sellers who used the platform.

In the email, a copy of which has been accessed by Inc42, Club Factory wrote, “We wish to intimate you of the force majeure event (the banning of the Club Factory app by the government of India) and accordingly, the suspension of settlement with sellers during the continuation of the force majeure event, as well as to inform you that we are taking all possible steps to get the ban revoked, however, given that this is a government action, the period for which such ban may be extended is presently unknown.” 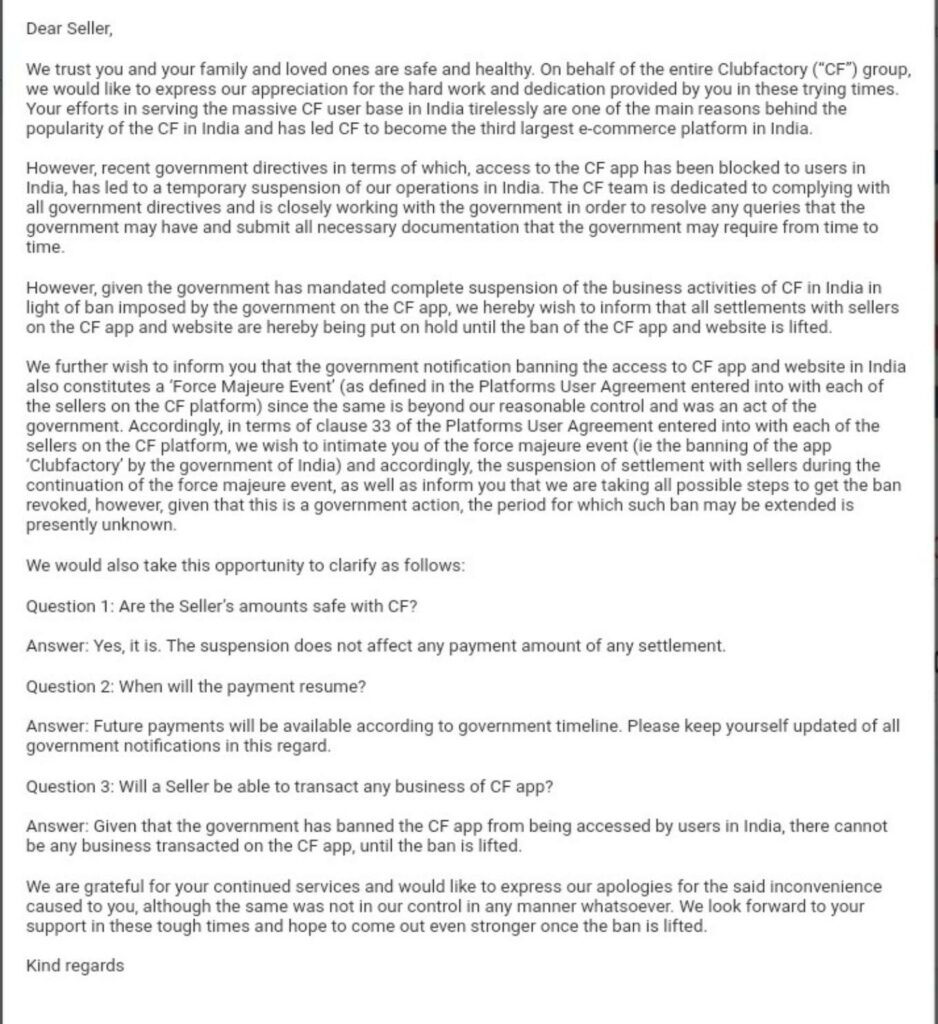 Amit Singh Sengar, who used to sell personal care items on Club Factory, said that the company owes him INR 2.2 lakh in payments. He added that the sellers haven’t been informed of a tentative date for processing payments. “I still have more than 150 orders which are either in transit or have been recently delivered. I am unable to check the details as the application’s panel for sellers is not working,” says Amit. “There are bound to be significant unpaid dues for Club Factory as it had been withholding payments to sellers since the lockdown opened.”

Amit maintained that despite recent events, selling his products on Club Factory has been fruitful in the past.

The All India Online Vendors Association, in a statement, said, “Yet another marketplace has defaulted with sellers’ money. We request the government to check why RBI is not ensuring marketplaces keep sellers money in escrow.”

Earlier this month, Inc42 reported that almost a million Indian TikTok users, known as ‘influencers’, have lost a steady flow of income since the app was banned by the centre, as part of a sweeping action against Chinese apps which were perceived to be jeopardising data privacy of users.

Meanwhile, compliance with the ban on Chinese apps also remains an issue. Club Factory, though removed from the Google Play Store and iOS App Store, is available for download through alternative download links. The company has also posted a download link in the bio of its official Instagram account. The link can be used for downloading the APK file for the application, through which the application can be installed in Android smartphones. While users were able to place orders on July 14, they were not accepted by the sellers on the platform. The next day (July 15), users weren’t able to place orders on the application.

This is not the first time that Club Factory has come under the scanner. In December last year, the ecommerce store — founded in 2014 by Chinese company Jiayun Data Technology and headquartered in Hangzhou, Zhejiang, China — was accused by a customer of selling counterfeit products. The customer alleged that the company had advertised heavy discounts on popular brands but shipped fake products to the customers.

Club Factory has also been accused of misusing the provision that allowed duty-free imports of gifts and samples as long as they were below INR 5,000. Club Factory, along with other Chinese ecommerce platforms such as Shein, would label their orders as gifts, avoiding any custom duties on it. To avoid any more exploitation of the provision, the central board of indirect taxes and customs (CBIC), in November 2019, decided to remove it.