After A Year Full Of Spats, Snapdeal Finally Offloads Unicommerce To Infibeam

After A Year Full Of Spats, Snapdeal Finally Offloads Unicommerce To Infibeam 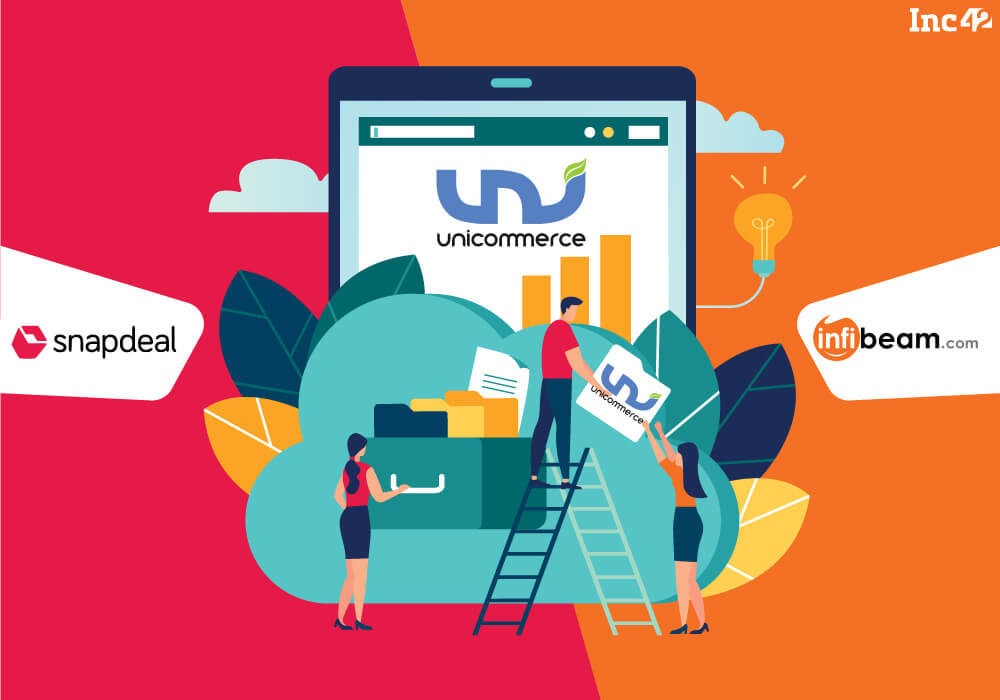 Snapdeal camp is getting back on the crease, buzzing media corridors with its recent announcements. Post reporting a 75% jump in the loss for the financial year ended March 2017, the company has now offloaded its cloud-based inventory management subsidiary, Unicommerce to Infibeam for $17.8 Mn (INR 120 Cr). The acquistion amount is almost 55% low as compared to $40 Mn, at which Snapdeal acquired the Unicommerce in 2015.

“It’s a non-cash deal and the deal size is up to INR 120 Cr, where Infibeam will issue optional convertibles preferential shares to Snapdeal,” as stated by an ET report.

Unicommerce is one of the crucial entity for Snapdeal, just like FreeCharge, Vulcan Express and GoJavas. However,  the survival struggles have forced the company to let go all of its subsidiaries at quite a low amount. For instance, Freecharge, which Snapdeal acquired for whooping $400 Mn in x, got sold to Axis Bank last year just for $60 Mn.

To be noted, the sale of these subsidiaries followed after the Snapdeal founder Kunal Bahl and Rohit Bansal escaped the $850 Mn merger offer by Flipkart last year. The founders were looking to sale Unicommerce last year only. However, due to a legal spat between Paytm and Unicommerce, the sale got delayed (Read more here.)

So, Why Unicommerce Is Of Any Interest To Infibeam?

It was in July 2017, when Infibeam along with Intellect Arena won the  bid for government emarketplace (GeM). Here Infibeam is managing the ecommerce services of the GeM. The government emarketplace was launched in August 2016 to facilitate the online purchase of goods and services for the employees of government ministries and departments. The portal has been developed by the Directorate General of Supplies and Disposals (DGS&D) with technical support of NeGD (MeitY).

In such a scenario, Unicommerce is certainly a profitable bet for Infibeam. The company’s flagship product, i.e. Uniware manages the complete order fulfillment lifecycle by providing updates and by automating everything from order placement by the customer till the time they receive their order.

Earlier this year, Unicommerce reported to process over 100 Mn orders every year and claims to have over 10,000 sellers on its platform. It also announced its intentions to extend its operations to markets in the Middle East.

Infibeam success graph is going so far in the upward direction with 108% Y-o-Y growth leading to a revenue of $33.4 Mn in Q3 FY18. Further, the $6.2 Mn funding from Network 18 and the approval from RBI to launch B2B payment services through the CCAvenue platform, indicates that there is no hurdle in way of Infibeam as of now. On Snapdeal front, the company might have lost the chance to get another few million in cash to keep its daily chores on a run for some more time. However, as they say, something is better than nothing, and certainly, the Unicommerce sale can sort a few of Snapdeal’s woes in the recent times.