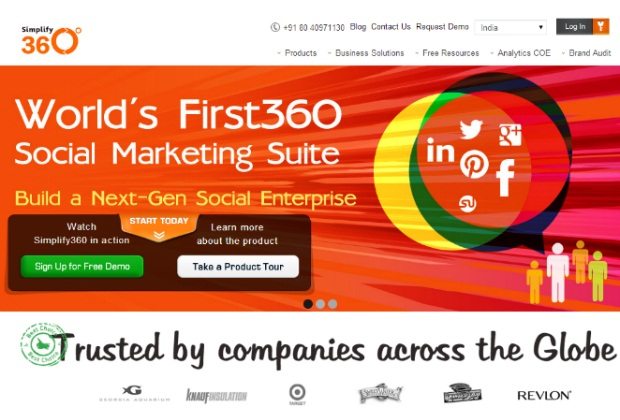 Founded in the year 2009, Simplify360 is a SaaS based social media analytics tool which has 100 paying customers including companies such as Yamaha, Revlon, Target and Wipro.

Simplify360 is among a growing breed of startups focused on gathering and parsing data from Twitter, Facebook and other social media platforms. A recent, notable acquisition in this space was that of Topsy, which was acquired by Apple for over $200 million last year.

Simplify360 is similar to Topsy, except that it goes beyond Twitter and crawls through terabytes of data that include Tweets, Facebook posts, etc., to offer customized analytics.

Another key differentiator for Simplify360 is that it offers analytics in over 27 languages and has customers in markets like Korea, where around one-third of 200 million Internet users are increasingly posting social media conversations in over 30 languages.

Converting millions of tweets and social media posts into real insights is the Holy Grail for marketers. Tools such as Simplify 360 might help marketers at WPP to gain insights into user data and create targeted campaigns for the clients.

Simplify360 has been bootstrapped so far with an undisclosed angel investment from Amvensys Capital in October 2012. The startup has 25 people on its payroll, and it currently sifts through around 5 million posts and tweets every day that generates around 5 terabytes of data every week. The startup makes money by offering its SaaS analytics tool for a monthly subscription starting at $500.