Both Shah and Agarwal are former employees of Acko, who left to start their own venture Onsurity in the insurance tech space 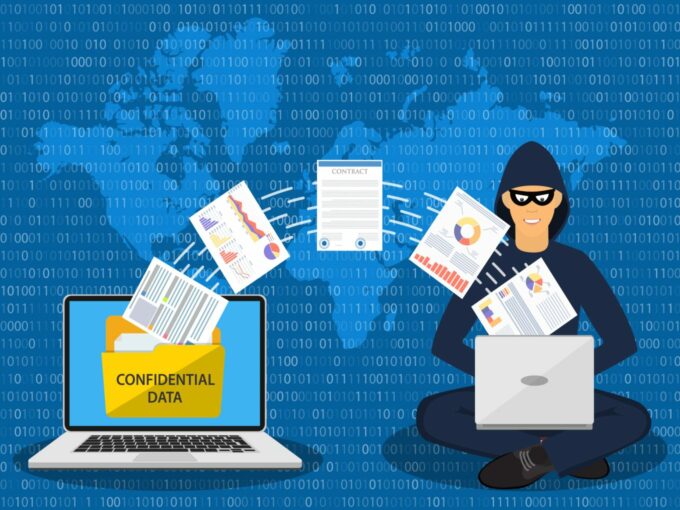 The ongoing legal battle between insurance tech companies Acko General Insurance and Onsurity Technologies over the former’s allegations of data theft and misuse has taken a new turn.

The Karnataka High Court, on September 24, dismissed a petition that had been filed by Onsurity founders Yogesh Agarwal and Kulin Shah seeking the dismissal of the criminal case against them, and the quashing of the FIR. The duo’s legal counsel argued that the charges in the FIR were vague and that a civil case “was given a cloak of criminal conspiracy”.

But in its order, the court noted that prima-facie, there was a case to be made against Onsurity and its founders for stealing intellectual property and as such, there were no grounds for dismissing the criminal case.

“When it is specifically alleged that intellectual property has been stolen by petitioners and the same has been made use of for the purpose of their company ‘Onsurity Technologies Private Limited’, a fair investigation requires to be done in this behalf,” read the court’s order, adding that with both criminal and civil remedies available for allegations that constitute an offence, there was no reason to quash the criminal proceedings.

Subsequently, criminal proceedings were initiated against Shah and Agarwal in the Karnataka High Court, based on an FIR filed by Acko. The insurance tech company also filed a civil suit against the Onsurity duo in the Bombay High Court, where it has demanded damages worth INR 20 Cr from Shah and Agarwal.

On the recent order by the Karnataka High Court, Onsurity founder Yogesh Agarwal said, “We were trying to reduce our burden as two cases in two different courts and cities split our attention and energy from the business. However, we saw the wisdom in the honourable Judge’s suggestion so we agreed because we have nothing to hide. We have full confidence in our justice system and will wait for the court to rule before commenting.”

Agarwal further alleged that Acko had been misrepresenting several facts while under oath to the Bombay and Karnataka high courts. He added that these misrepresentations were being leaked to the media in an attempt to defame Onsurity.

Queries to Acko about the latest high court order were unanswered till the time of publishing.

The Laptop That Strengthens Acko’s Case

Inc42 has learnt from sources close to the developments that during the inspection of Onsurity’s office in Bengaluru on June 27, the commissioner found a laptop with files/folders named ‘Acko’. Some of these files/documents bore the names of one of the defendants. Upon learning about the discovery of the laptop by investigators, the defendant is understood to have urged the commissioner to overlook the laptop and not submit it to the court. The defendant’s suggestions weren’t taken well by the commissioner, who issued a stern warning to him before resuming operations. The commissioner seized laptops and other media devices from the raid.

To offer some context, in an FIR dated May 8, 2020, Varun Dua-founded Acko had accused Kulin Shah and Yogesh Agarwal, along with the latter’s family members, Bhagwati Prasad, Uma Agarwal and Sunita Poddar, of allegedly stealing Acko’s confidential data resulting in damages to Acko Group to the tune of INR 20 Cr.

Earlier articles published by Inc42 in June this year captured the competing claims of both parties to the case. Acko alleged that both Shah and Agarwal, once key personnel for the company, had access to critical sensitive data on strategy, pricing, technology and business roadmap, among others. The duo was bound by a non-compete, non-solicit agreement, as well as the privacy policy of Acko, a source close to the development told Inc42 at the time. Acko further alleged that its sensitive information was used by Shah and Agarwal to set up their new venture Onsurity, also in the insurance tech space like Acko.

Onsurity Services was registered with the Ministry of Corporate Affairs (MCA) in May 2019. However, both Shah and Agarwal’s names were missing from the company’s incorporation documents. Instead, the documents had the names of Yogesh Agarwal’s family members Bhagwati Prasad Agarwal and Uma Agarwal who were listed as the directors of the company.

While Shah and Agarwal were still employed with Acko, Onsurity had stepped up hiring for UI/UX designers. Months later, when Agarwal quit his consultancy role with Acko and switched full-time to Onsurity, his company launched an Android application on the Google Play Store in October 2019.

While speaking to Inc42 in June, Agarwal opened up on Acko’s allegations and offered his side of the story.

He claimed that he had resigned from his full-time position with Acko in 2017 and had started paid engagements as a consultant. Under his role, Agarwal was a part-time consultant at Acko and was supposed to work fixed hours every week under the consulting agreement, and hence, he did not have a non-compete clause. His agreement was in effect from February 2018 to September 2019.

Agarwal emphasised that he had also been working with other general insurance companies, as the engagement with Acko wasn’t exclusive and the company was aware of the same.

Regarding the launch of Onsurity’s Android app, Agarwal told Inc42 that the product was a mobile screen protection plan, whose idea had been disclosed to Acko as well. Agarwal further claimed that Acko had wanted to collaborate with him on the same, but the plan didn’t work out due to one of the interested parties backing out.

Agarwal further disclosed to Inc42 that he had started work on a new business idea from November 2019, a healthcare wellness program for employees of small and medium enterprises (SMEs). For the proposed product, Agarwal was helped by Kulin Shah in getting meetings with potential investors. In many such meetings, he was advised to get a cofounder for his new venture. Agarwal approached Shah with the proposal and in March 2020, Shah joined Onsurity as a cofounder.

In February 2020, Agarwal set up a new business entity named ‘Onsurity Technologies’ in which he is listed as the director. Later in April, as per an extraordinary general meeting notice filed by the company, Kulin Shah was classified as a promoter. Marketing collateral posted by Onsurity confirms that Kulin Shah and Yogesh Agarwal are founders in the company.

Today, Onsurity, through its product TeamSure, claims to offer affordable employee healthcare through group medical insurance for SMEs and startups.

The company closed an INR 17 Cr funding round from Nexus Venture Partners, as indicated in MCA filings from March 20, 2020.

Nevertheless, sources have told Inc42 that the allegations of data theft made by Acko against Onsurity, appear to have been substantiated in the inspection of the latter’s Bengaluru office by the Bombay High Court-appointed advocate commissioner.

The Aftermath Of Acko Vs Onsurity

The Karnataka High Court’s order means that Onsurity’s founders will continue to simultaneously fight a criminal and civil suit against them in Bengaluru and Mumbai respectively. The hearings for both cases have understandably been delayed due to the onset of the Covid-19 pandemic. The Bombay High Court last heard the matter in July and the date for the next hearing hasn’t been announced yet.

With Onsurity’s petition being dismissed by the Karnataka High Court, it is to be expected that the police would step up its investigation into the criminal case against the company.

“Yes, we made an appeal to the honourable court to quash the criminal proceedings as there was a civil suit already going on. The court though encouraged us to let it continue and let the investigation be completed so that once for all the issue is properly resolved to everyone’s satisfaction,” he said, adding that the ruling set a course of action that his company is happily complying with.