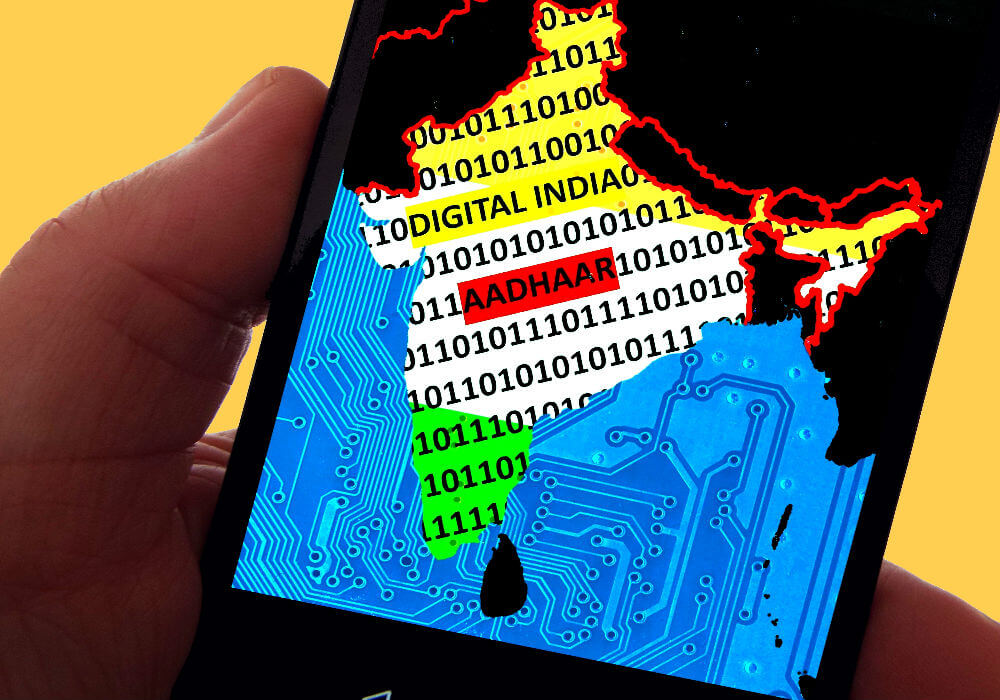 With almost three months gone, the Aadhaar hearings in the Indian Supreme Court does not seem to be reaching any consensus soon. It all started majorly with the Right to Privacy issue on whether it should become mandatory to make Aadhaar linked with all bank accounts, mobile services, Pan card, and other services.

However, the latest Facebook-Cambridge Analytica fiasco and major Aadhaar data breach revelations on social media by hackers such as French Security Researcher Batiste Robert alias Elliot Alderson, has turned the discussions more towards the data security and viability of Aadhaar in the Indian landscape.

In a recent hearing, SC has asked Rakesh Dwivedi, counsel for the Unique Identification Authority of India (UIDAI), which administers Aadhaar, whether Aadhar can also lead to similar data leaks like Cambridge Analytica, manipulating the upcoming elections by targeting voters.

“Purloining of data… for the purpose of influencing elections in some of the most powerful nations… is an issue,” said Justice DY Chandrachud, who is a part of the five judge bench led by Chief Justice of India Dipak Misra that is hearing a challenge to the Aadhaar (Targeted Delivery of Financial and Other Subsidies, Benefits and Services) Act.

UIDAI counsel has however denied any such possibility on grounds that they neither have tools nor power to do such level of data analysis. “We do not have the tools to analyse these data. The Act precludes us from getting any. If we have that power, please strike it down. To undertake any surveillance, we will have to conspire and collude with the Central government,” he said.

So, What Concerns The SC Judges The Most?

First Concern: What is the purpose of storing metadata?

“Storage opens up a whole new universe. Technology is a great enabler to surveillance. State did not need Aadhaar to act as a “big brother” and put everybody under surveillance.”

UIDAI: “We cannot even tamper with the servers.”

Second Concern: UIDAI Does not have tighter control over data sharing with third parties

“The 1.2 Bn Indians may be poor, but their data is a goldmine of commercially sensitive information.”

UIDAI: “Identity information without biometric data can only be shared with third parties after getting the consent of the person.”

However, the facts shared by UIDAI were unable to convince the SC and the debate continued over linkage of aadhaar to pre-verified bank accounts a well as data security and data control.

Other Developments Amidst The Ongoing Aadhaar Hearings

To enable and boost offline Aadhaar verification process, the UIDAI has replaced the existing QR code on eAadhaar having resident’s demographic details now with a secured digitally-signed QR Code which contains demographics along with the photograph of the Aadhaar holder.

As per UIDAI Chief Ajay Bhushan Pandey, this is a simple offline mechanism to quickly verify the genuineness of the Aadhaar card. However, to ensure that a person is a bona fide owner of the Aadhaar card, there has to be a manual check of the photo with the individual’s face or through use of agency-specific authentication scheme.

Also, IDAI (Unique Identification Authority of India) has introduced the beta version of the VID (virtual ID) feature. In a tweet, the UIDAI said, “The UIDAI launches Virtual ID. Generate your VID from Resident.uidai.gov.in/web/resident/vidgeneration. Soon, service providers will start accepting VID in place of the Aadhaar number. For now, you can use this for online address update in your Aadhaar form.”

Also, while clearing its stand over the so-called mandated requirement of Aadhaar for availing essential public services, the Unique Identification Authority of India (UIDAI) has asked the central and state governments and associated authorities to not to deny any citizen from state-sponsored essential public services or social security benefits for the lack of Aadhaar.

The SC versus UIDAI courtroom battle over Aadhaar authenticity and viability is going through an interesting phase right now. While it seems that the court is not convinced with the facts and measures brought on stage by the Aadhaar team, UIDAI does not seem to take a step back here. Now that Cambridge Analytica issue has been linked with Aadhaar, what new turn the SC hearings will take in the near term, will be worth watching.