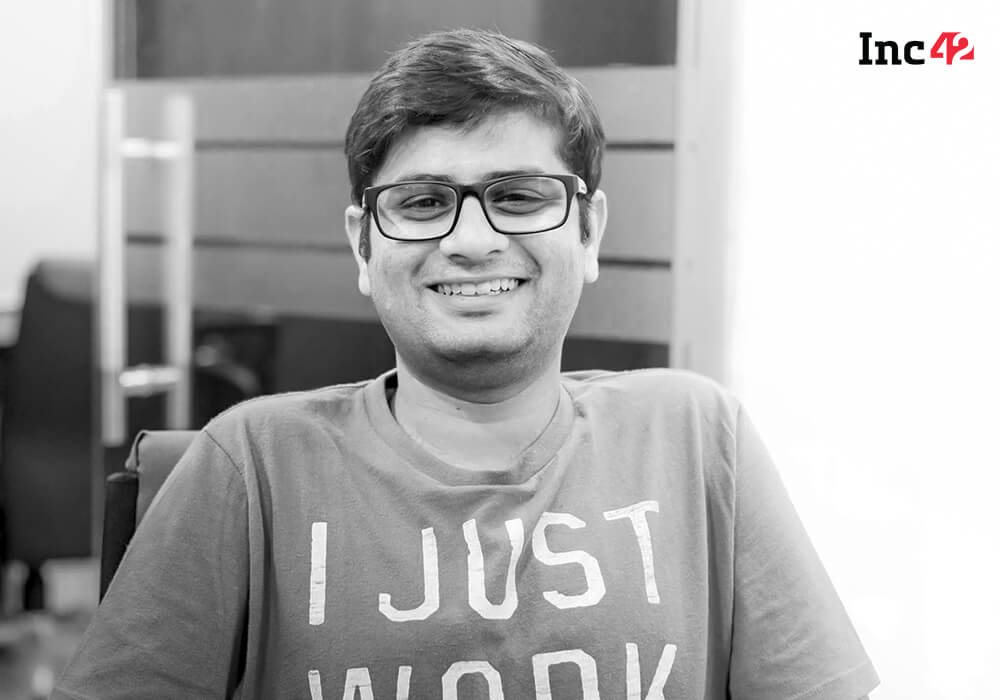 As India continues to bolster its startup ecosystem, software-as-a-service (SaaS) continues to remain a strong focus area. The SaaS market in India is expected to cross $50 Bn in the next 1o years, according to a report by Google and Accel Partners in 2016.

Several startups are booming the space and founders like Sridhar Vembu (Chennai-based SaaS unicorn Zoho) and Paras Chopra (New Delhi-based SaaS startup Wingify) continue to climb up the ladder of success and strengthen their presence in the space.

Paras Chopra’s journey in the space has been full of interesting twists and insights. He started with a humble dream of earning $1,000 and ended up building a company with a roughly $18 Mn ARR. Then he stepped down as CEO to make way for co-founder Sparsh Gupta and started his blog ‘Inverted Passion’.

Since its launch in 2010, Wingify has grown to amass 6,000 paid clients for its two products — Visual Website Optimiser (VWO) and PushCrew — in about 90 countries and has hit an envious ARR of $18 Mn.

Given his success and seven years of experience in the SaaS market, when we caught up with Paras Chopra for an Inc42 Facebook Live AMA, we asked him for a masterclass in SaaS for all those who’re passionate about the industry and want to know all about it.

We started with the basics: What are the prerequisites to enter the SaaS industry? Paras Chopra said he doesn’t think there is any test paper to enter the industry and an entrepreneur doesn’t need anyone’s permission to enter any industry.

“If it’s about skill sets, then you need all skills, right from being able to code to be able to sell to market to hire really good people,” he explained.

However, founders of SaaS startups have observed that India is a very good place to make SaaS products, but not to sell them. Also, the majority of Wingify’s customers are from outside India.

So we asked him why is it that we are creating amazing SaaS products in India but unable to sell them here?

Chopra admitted that he hasn’t thought about it as Wingify doesn’t have many Indian customers.

However, taking a guess he said it’s mostly to do with our culture and upbringing, where we don’t value time and speed as much as we value money. In the West, especially in the US, the UK, and Europe, time is literally equivalent to money.

“We don’t value convenience as much. We are in Asia with the highest savings rate with the number of people putting money in FDs etc, so that is a direct indicator of this,” he elaborated.

So, Chopra believes that people don’t want to pay the price for convenience in India. He added that you can either get a developer who builds you something or you can get a really nice SaaS product for the sake of convenience.

It’s a matter of priorities.

How do you sell to international clients?

Paras Chopra believes that it depends on the market you decide to focus on.

If the market is small and medium businesses (SMBs) or mid-market, then it’s not at all that difficult and it’s preferable that a SaaS startup selects such a market. But with enterprises,  you are looking in the range of $100K deals and you have to be physically present in that market. But if the deals are below that, you can be anywhere in the world and sell your product.

He gave an example of how the sales team at Wingify, which is in India and they have done 80K-100K deals on the phone without visiting the clients.

“SaaS sale is the Indian version of SaaS marketing and the sooner entrepreneurs admit and accept it, the better it is,” Paras Chopra explained.

Chopra added that you can’t do sales from India until and unless you have a marketing channel in place giving you good leads.

Further, scoring leads doesn’t work as the customer has to show interest beforehand, only then can you close on him. Therefore, you can’t convince someone about a product sitting in India without proper leads.

We asked Chopra what are his expectations from the SaaS industry.

He thinks that a lot of niches will open up.

“I think SaaS has still not fully matured. For example, in beauty parlours, gyms etc, they have their own problems and for them, SaaS can open up avenues for these seemingly small problems,” he explained.

Further, he also believes that a lot of specialisation is happening around, which means a tonne of big opportunities for many SaaS companies in India.

So, here is Paras Chopra’s advice to Indian SaaS startups: focus on niches that US companies would ignore. And there are tonnes of them.