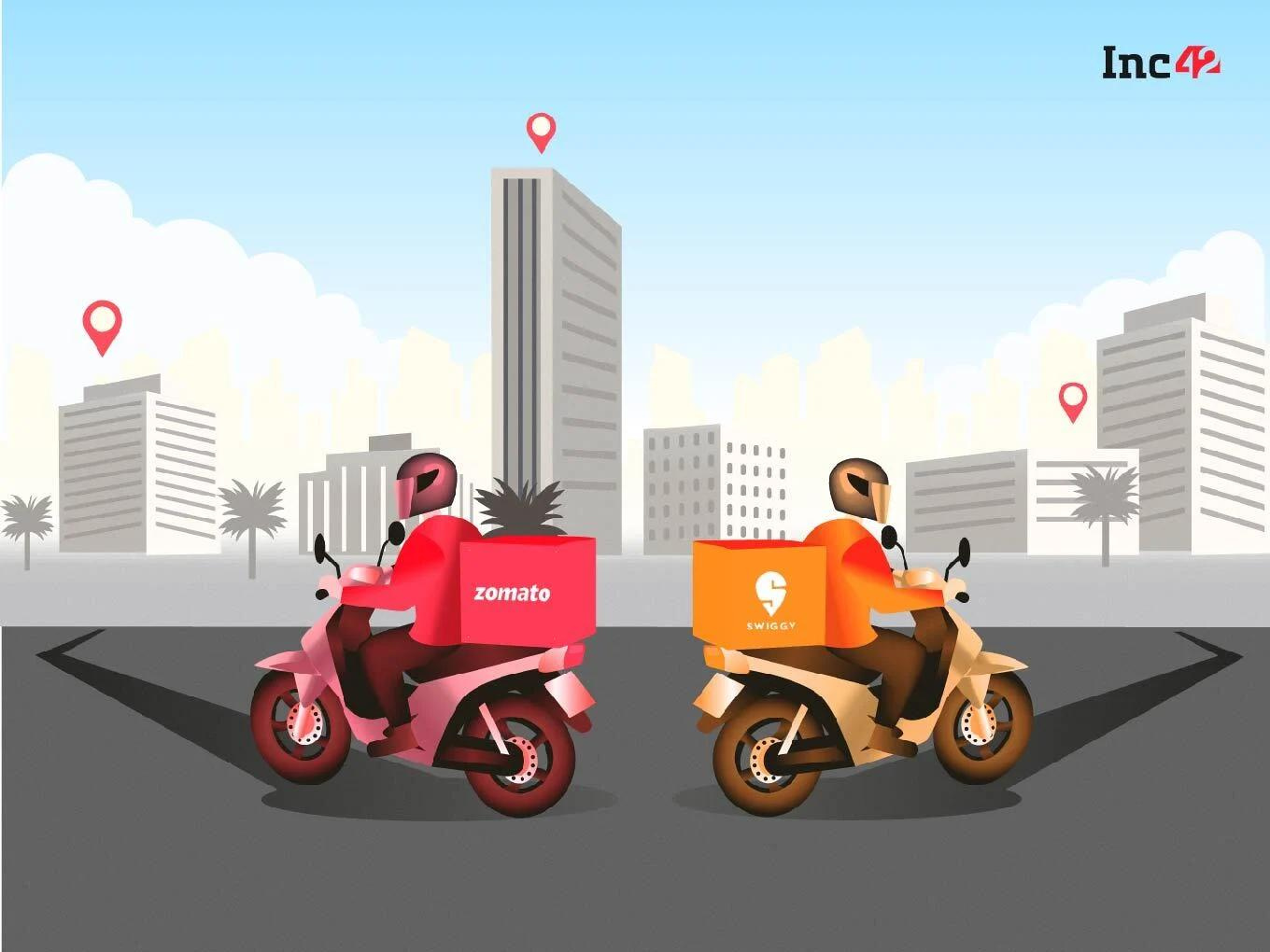 Swiggy led the count with 450 violations, followed by Zomato with 278 instances of traffic violations

Fine worth INR 1.35 Lakh was levied on these erring drivers

Critics have panned the 10-minute delivery model, slamming companies for putting the lives of delivery executives at risk

As quick commerce gains steam across the country, it appears that traffic violations by delivery executives of these startups also seems to be rising.

Chennai Police on March 30, 2022 conducted a special drive to nab drivers caught speeding. In total,  978 cases of traffic violations were recorded in a single day. In addition, the police levied a fine of INR 1.35 Lakh on these erring drivers.

Swiggy led the count with 450 violations, followed by Zomato with 278 instances of traffic violations

These other companies whose delivery partners were fined include Rapido, Amazon, BigBasket, Flipkart, Zepto, among others. 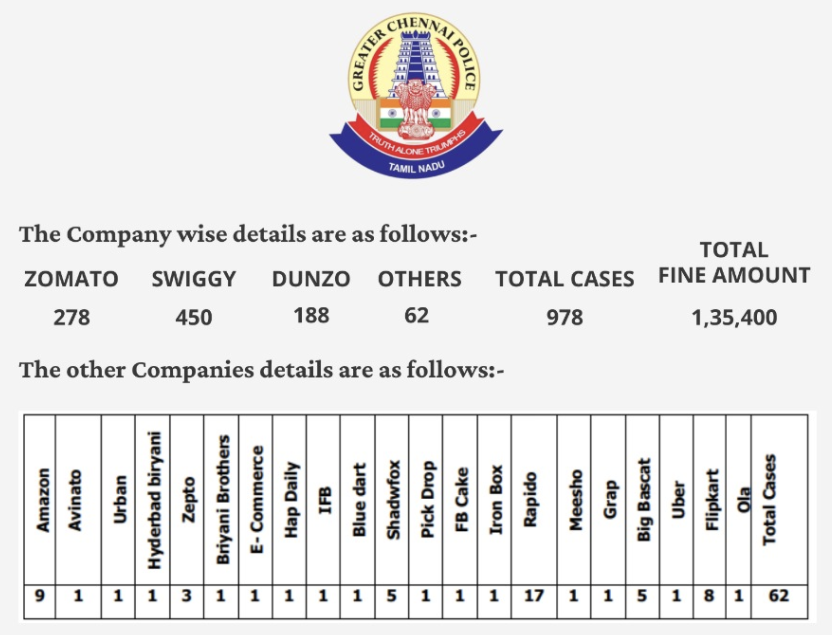 The local police also gave a breakdown of the violations. Most of these pertained to signal violations and driving without a helmet. Other infractions ranged from using mobile phones while driving to overspeeding.

This has brought to the fore the ongoing conversation about the 10-minute delivery model. Names including Zomato and Dunzo have unveiled the format with an eye on cornering the quick commerce market.

Many critics have pointed out that the rush to deliver quickly could lead to accidents. To top that, missed targets and a burgeoning demand could affect the wages of these gig workers.

Add to that, many metro cities face acute traffic problems and haphazardly driving in these conditions could cause mishaps, and even death in some cases. Questions have also been raised about how these companies expect to fulfil customer expectations and deliver on time.

Notably, Zomato’s instant delivery announcement even echoed in the Parliament. MP Karti Chidambaram had called it absurd while Madhya Pradesh Home Minister Narottam Mishra had said that the plan is akin to playing with the lives of gig workers.

Notably, Chennai Police, in a statement, had also stated that drivers were openly flouting traffic norms due to ‘nature of payment terms.’

The drive was conducted with an eye on raising awareness about traffic rules and to deter drivers from driving rashly for earning more.

The q-commerce has grown considerably amid the pandemic. Wary of health issues and scared of contracting Covid amid pandemic, had made many users opt for the home-delivery of food items.

This led to a big shift as more and more customers grew habitual of home-deliveries. Add to that, with this new experiment, companies are now trying to get a bigger slice of the delivery of perishable items market.

This was reflected in a RedSeer report that estimates the quick commerce market in India to grow to $5 Bn by 2025.

The space is populated by a slew of other players including Blinkit, Dunzo, Swiggy Instamart, among others.