The next wave of unicorns will be lead by women entrepreneurs, said the Google India VP

By joining the 'Google for entrepreneurs' lounge, 91springboard has increased its number of facilities to 19 across India 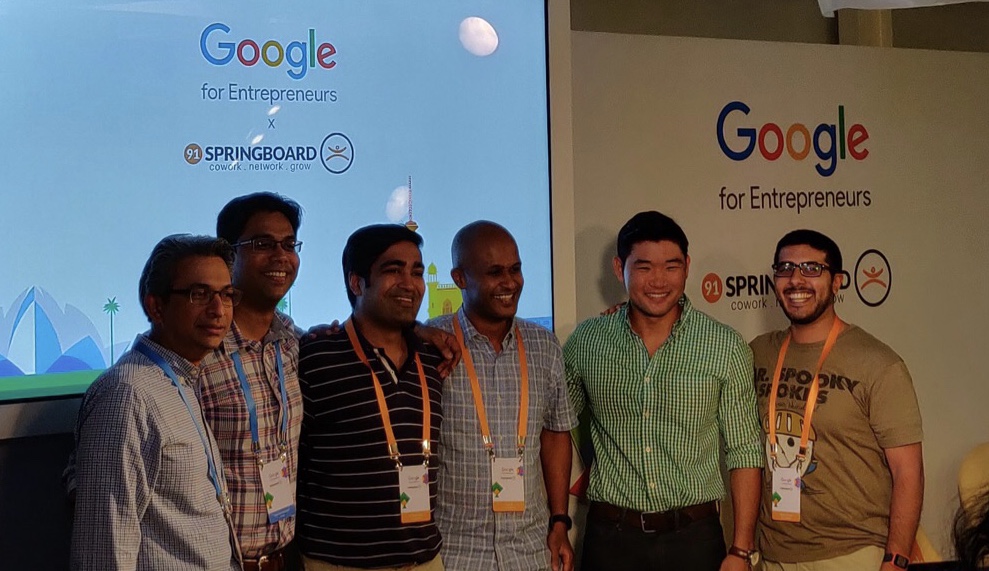 Taking innovation in the coworking domain a step forward, 91springboard on August 9 (Tuesday) joined the Google for Entrepreneurs network to set up a Google for entrepreneurs lounge in its Delhi coworking space.

Google has launched similar lounges for entrepreneurs in countries such as Israel, London, Seoul, Madrid, Warsaw, Sao Paolo, and now in India. At these hubs, Google organises events, meetups, classes, sessions by experienced entrepreneurs, experts and Googlers, apart from providing support and resources to entrepreneurs of early-stage startups.

The Google-91springboard collaboration aims to give more power to women entrepreneurs of India to join the programme to enable them to learn from global standards and best practices of developing products, services, and solutions, and running a startup with technology at the centre. The programme will last for two years.

Google for Entrepreneurs’ APAC partnerships manager Michael Kim said the programme is dedicated to providing the best of resources to “ensure that female entrepreneurs in India have the ability to conceive their dreams.”

According to Kim, some of the main agendas of the initiative are: How to make it easier for female entrepreneurs in India to build a company; how to increase the numbers of female-lead entrepreneurs in the country, etc.

“Google has been very clear from day one that the entrepreneur and everything that they do is the first priority. We are already doing some things and Google is doing a lot of things. We are excited to bring this together,” 91Springboard CEO and co-founder Anand Vemuri said.

With the Google for Entrepreneurs Lounge, 91springboard has increased its numbers of facilities to 19 across India. Vemuri said the startup currently has more than 8,000 members using its co-working spaces.

91springboard was launched in 2012 with the aim of becoming a community platform for startups. Along with co-working spaces, the startup provides infrastructure, a place for networking, knowledge sharing, access to capital, and startup-related events.

While addressing the gathering of founders, incubators, accelerators, corporate and media representatives present at the inauguration of the initiative, Google Southeast Asia and India vice-president Rajan Anandan said that the partnership with 91springboard aims to combine the idea of solving problems of Indian women entrepreneurs.

Anandan, who is also an active angel investor, likened his experience of being a part of India’s startup ecosystem to playing test series cricket. He said the second match of the test series has started. In the first series, India already emerged as the third or fourth largest startup ecosystem of the world.

“You’ve got five matches, each match is of five days. Two to three years ago, it felt like we were in the second day of the first match of the series. Given the Flipkart deal — India’s first mega exit — you can probably say that the first match has ended. In many ways, we are just starting the second match. I think it’s going to be very very different than the first match in many ways.”

Here’s looking forward to more such initiatives to help women climb the entrepreneurship ladder in India.