50 Bn Connected Devices And India At The Centre: Microsoft CEO Satya Nadella’s Vision For The Future

50 Bn Connected Devices And India At The Centre: Microsoft CEO Satya Nadella’s Vision For The Future

There will be 50 Bn connected devices by 2030, said Microsoft CEO Nadella 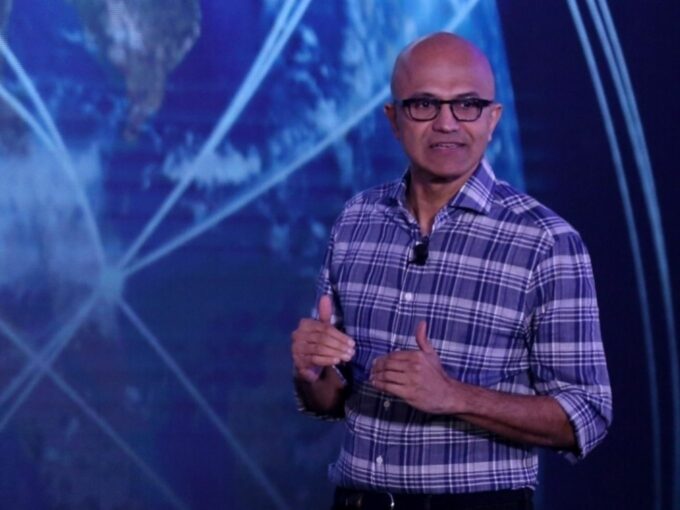 In 2030, the world will have over 50 Bn connected devices and India will be at the epicentre of innovation and product development capabilities, said Microsoft CEO Satya Nadella. At the Microsoft Future Decoded Summit in Bengaluru today, Nadella spoke of the current state of the market and set up an exciting future for Microsoft and India in terms of the connected ecosystem.

Talking about how AI is democratising innovations at various levels either independently or in conjugation with various networks, Nadella said, “There are a billion Windows devices and each year, over a million Windows devices are added. There are a billion-plus iOS devices, two billion-plus Android devices. But, the number that I think all of us have to really pay attention to is the 50 Bn connected devices that are going to be there by 2030. It’s the 50 Bn endpoints that we get to really harness.”

Nadella said that Microsoft is gearing up to meet this demand with Azure cloud infrastructure and its tech stack built over the years. “We have 57 data centre regions, including three regions in India. And we have really built out the infrastructure for openness.”

Providing a slew of examples of how AI is changing business practices around the world, Nadella said, “We as a platform, developer, and a platform provider, we need to take all these big breakthroughs and turn it into infrastructure in your hands. The idea is not about a few companies in the West Coast of the United States or a place close to China having AI, it’s about every company in the world and every company in India be able to create their own AI. That’s the goal.”

Once known for its IT services market, India has become a tech powerhouse over the past decade thanks to government-backed initiatives such as India Stack and Unified Payments Interface as well as Aadhaar KYC. These have unleashed India’s potential in the software products markets. Thanks to this, India is the top market of every major software company today.

While Microsoft’s authority in the personal computer market is proven, the company under the reign of Nadella is back to its core i.e. software products. And like Amazon’s AWS, Microsoft has successfully diversified its product portfolio and maintained a balance in terms of revenue as well.

A product of Mangalore University and the University of Wisconsin, Milwaukee, Nadella has focussed on Microsoft’s products vertical while also growing its services business. In six years, Nadella has erased the 14-year tenure of Steve Ballmer, once infamously called the world’s ‘worst CEO’.

Bringing the company’s focus back to software products and innovation, in Nadella’s tenure from 2014 to 2020 so far, Microsoft’s market value has grown exponentially from $300 Bn to $1.3 Tn today.

Nadella, who was recently criticised by BJP leaders due to his anti-CAA stance, is one of the shining examples of Indian-Americans who have set the world with their leadership skills.

Being an early mover in the Indian market, and having a huge network across the business entities, Microsoft Azure is counting big on the India market. It aligns with the company’s series of initiatives such as Microsoft ScaleUp programme, EmergeX to M12. Microsoft keeps Azure on the front and centre in all these programmes. The company had recently selected 54 startups from five states for its mentorship, acceleration and engagement programme.

“Data is going to have gravity, and computing is going to migrate to where the data is getting generated. That means you need to take what is in the cloud, all the way to the edge,” Nadella said about how Azure is constantly changing to fit the market requirements.

Nadella’s focus on the India market is crystal clear. The company has not only built its largest software development centre, outside of their headquarters in Redmond, Washington in Hyderabad but also employs second-highest number of engineers from India. India is an engineering and innovations hub for the Redmond giant, and startups play a crucial role in this.

To promote the enterprise tech startup ecosystem of India, Microsoft launched the 100X100X100 accelerator for software-as-a-service (SaaS) startups in India. Under this initiative, Microsoft will shortlist 100 startups offering enterprise tech solutions which are in their Series A to C funding rounds. As part of this programme, Microsoft has invited 100 SaaS companies which will help these startups to scale their operations and offerings.

The company has also announced the launch of a third India Development Center in India in Noida, serving as a premier facility for driving R&D and innovation. The centre will build on Microsoft’s commitment to tapping into the potential of India’s world-class engineering talent to create solutions for global impact.