The startups that raised max funds include FitPhilia, Sabse Sasta Dukaan and GoFloat

Other startups that raised seed funds of INR 9 Lakh include Medicus, Monech, Teach Us

In total, the six startups have raised about INR 4 Cr from various investors at the event 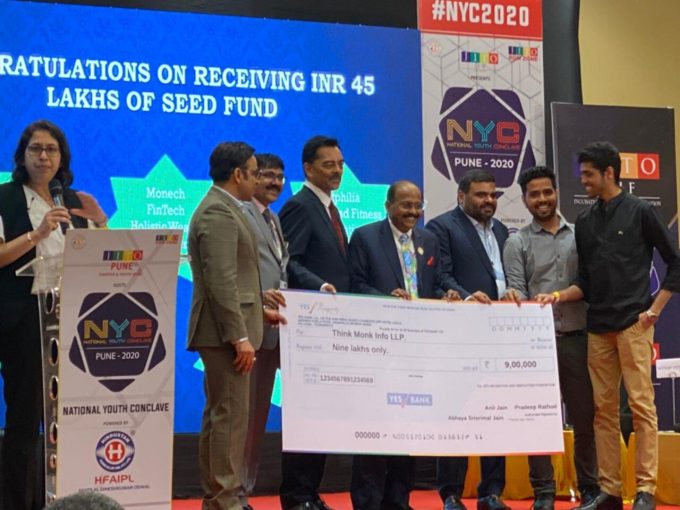 In a press statement, JITO said that a total of INR 45 Lakh was raised as seed funding by five startups, including GoFloat, FitPhilia, Medicus, Monech and Teach Us, where they each received INR 9 Lakh in funding. In addition, startups also received funding from sharks or angels.

Overall, six startups raised a total amount of INR 4 Cr in the form of seed and shark fund from JITO Incubation and Innovation Foundation (JIIF) investors.  JIIF has over 33 startups under its portfolio. It has invested in startups like ONN Bikes, happyEMI, and CHALO among others.

This was the first-ever ‘Shark Tank’ event organised by JIIF in collaboration with JITO Youth Wing. The event witnessed a participation of six startups, which pitched their ideas and business models in front of JIIF angel investors, including Abhaya Srisrimal Jain, Manoj Mehta, Hitesh Doshi, Vijay Bhandari, Sunil Singhvi, Shilpin Tater, Vinod Duggar, Pradeep Rathod and Amit Jain among others.

Abhaya Srisrimal Jain, chairman of Lifecell, said that for long, startups and entrepreneurs in India have struggled due to lack of mentoring, networking and platforms to pitch their ideas to potential investors. It is gradually changing with the emergence of proactive angel networks and incubation centres that act as a bridge between entrepreneurs and the industry, he added.

Founded in 2017, JIIF is a subsidiary of JITO. The organisation aims to build an ecosystem of 50 startups with strong products and services. It plans to achieve a minimum of INR 100 Cr in the next five years. Interestingly, the majority of the startups that pitched at the ‘JITO Shark Tank’ event were all incubated at JIIF.

3 Startup That Stole The Show At ‘JITO Shark Tank’

Based in Mumbai, FitPhilia was founded by Nirav Patil in 2015. The company aims to make fitness a habit. It makes people fit by breaking the barriers to fitness by gamifying the experience and providing artificial intelligence AI-based voice coach. It’s state of the art platform ‘FitWay OS’ and phone app provides users with personal training, real-time workout recommendations and multitude of entertainment options.

Kolkata-based Sabse Sasta Dukaan was started by Anant Jain and Anish Agarwal in 2018. It’s an online pharmacy startup that operates via relationship centres (RC) run by microentrepreneurs in semi-urban areas. The platform claims to deliver trusted medicines, over the counter (OTC) drugs and other healthcare products.

Mumbai-based GoFloat was founded by Sarang Bora in 2019. The company specialises in developing, producing and selling reliable floatation and other water safety devices. It manufacturers maritime life-saving products such as GoFloat belt and Pouches.