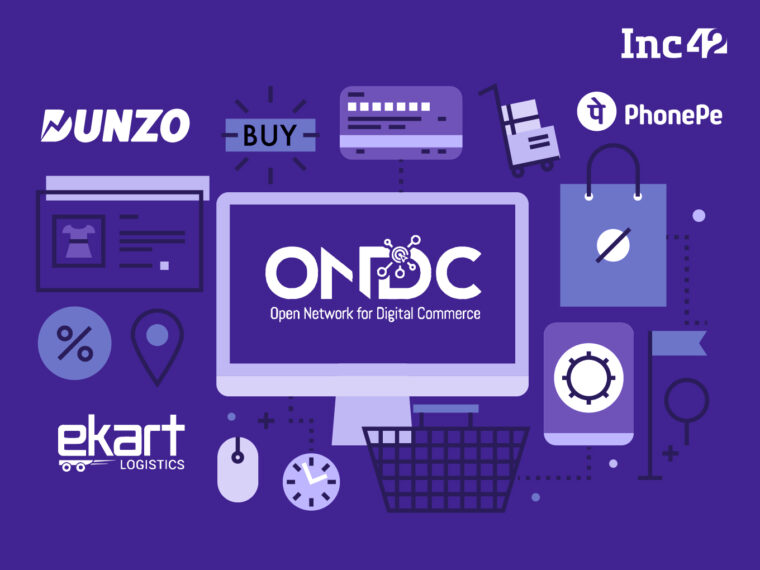 Under ONDC, real-time transactions in the retail and food delivery space have started in some cities

ONDC is focusing more on retailers and restaurants currently

Trader catalogues are being made in Bhopal and Coimbatore

Soon after the rollout of the pilot phase of Open Network for Digital Commerce (ONDC), 24 ecommerce startups are working on integrating with the Indian government’s ambitious project. The platform went live in five cities, including Delhi NCR, Bengaluru, Bhopal, Shillong and Coimbatore on April 29.

Flipkart’s logistics arm eKart Logistics, hyperlocal delivery startup Dunzo, payment service provider PhonePe are some of the startups, which were in process of integrating with the network, according to a report.

Under ONDC, real-time transactions in the retail and food delivery space have started in some cities such as Shillong, Delhi. Currently, ONDC is focusing more on retailers and restaurants, the report added.

Before the official rollout of the project, the government is trying to make processes more robust. It is likely to take six months for the entire exercise to stabilise.

While trader catalogues are being made in Bhopal and Coimbatore, the two dozen startups are also at various stages of integration which may take at least two to three months.

“With this pilot phase, we want to learn as to how this rolls out in the real life environment where you actually make payments, do the deliveries, cancel orders and how refund works. Once these lessons are known, we would create a playbook, which will be a set of standards,” Anil Agrawal, additional secretary in the Department For Promotion of Industry and Internal Trade (DPIIT), said at the time of the soft launch.

Agrawal also added that the plan is to onboard 3 Cr sellers and 1 Cr retail merchants online for ONDC. The plan is to expand to 100 cities in six months.

ONDC is a brain-child of Piyush Goyal-led Department for Promotion of Industry and Internal Trade (DPIIT). Formed on December 31, 2021, ONDC has been incorporated as a private sector-led non-profit company.

With this project, the government aims to democratise digital commerce, moving it from a platform-centric model to an open network. In the growing ecommerce market of India, the dominance of deep-pocketed players such as Amazon and Flipkart has been questioned innumerable times over multiple platforms.

The move comes at a time when India has emerged as the world’s fourth-largest retail market in the world, pegged at around $810 Bn, as per a report by Bain & Company. On the other hand, the addressable ecommerce market in the country is expected to reach the $200 Bn mark by 2026, an Inc42 report estimates.

It is to be noted that major banks have also come forward to invest in ONDC. State Bank of India (SBI) picked up a 7.84% stake in the newly announced initiative for INR 10 Cr. Earlier, Kotak Mahindra, HDFC and Axis Bank also picked up a stake in the ONDC for an amount of INR 10 Cr each.