2016 In Review: Top 15 Movers And Shakers Of The Indian Startup Ecosystem

2016 In Review: Top 15 Movers And Shakers Of The Indian Startup Ecosystem 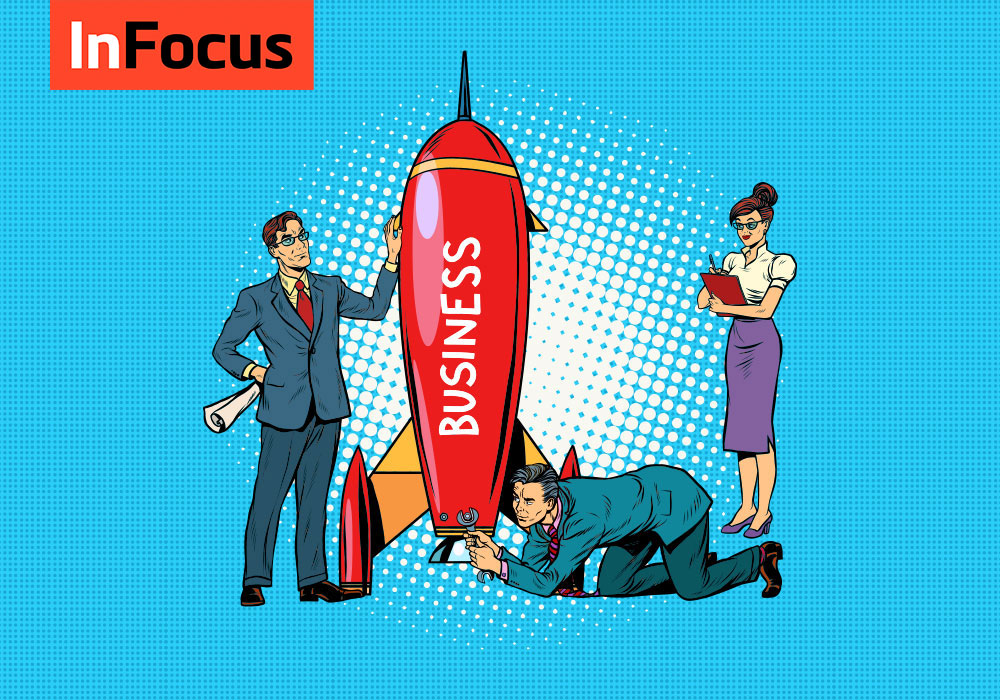 Change is the only constant in the world.

This adage is especially true in the constantly evolving world of Indian startups where loyalties are tested and dictated by the pressures of delivering the undeliverable. It’s called ‘Startup Life’ for a reason. And apparently, you can get in but you can never get out.

In a business ecosystem that is as nascent as India’s (we have produced exactly 14 billion-dollar valuation companies in the last two decades), passion and enthusiasm remain the primary drivers for sticking around and getting the job done. Positions are fancy and titles are getting fancier by the day (pets have become co-founders and Chief Enthusiasm Officers in many of these organisations), but it is the vision and commitment to be a part of creating something fresh and new, be a part of the change we wish to see in the world that sees entrepreneurs and startup employees through some tough times.

In keeping with our year in review themes, we have explored stories on startup acquisitions, trends for the future, what our favourite unicorns have been up to and more. This year-ender story deals with change.

2016 has been a year of tremendous change – markets have started to stabilise, businesses have gotten serious about building viable products and models, and employees have realised that ‘startup life’ is a different culture altogether.

Change has become an indelible part of the startup entrepreneur’s journey. And keeping this thought in mind, we present a roundup of some of the top appointments and shake-ups of the year.

Flipkart – The CEO Who Got Bumped Up Instead Of Kicked Down Sachin and Binny Bansal built Singapore-headquartered Flipkart in 2007 out of a sincere desire to enable buying books online. The idea was fine and executed with a minimum of fuss and fanfare. But as the company grew, so did its goals, platform, users and valuation. Flipkart defined Indian ecommerce as we know it, even though platforms such as Infibeam and Home Shopping 18 have existed for years before it came into the picture.

The single driving force behind the success achieved in less than a decade can be attributed back to the Bansal brothers.

So it came as a bit of a shock when, in a surprising town hall in  2016, Sachin Bansal candidly admitted his inability to lead the company in its chosen direction amidst increasing competition from archrivals – Snapdeal and Amazon. To this end, he promoted (demoted?) himself from the active position of CEO and became the Chairman of the Board. His co-founder Binny Bansal has been appointed the new CEO of Flipkart.

Myntra – The Management Exodus Of 2016 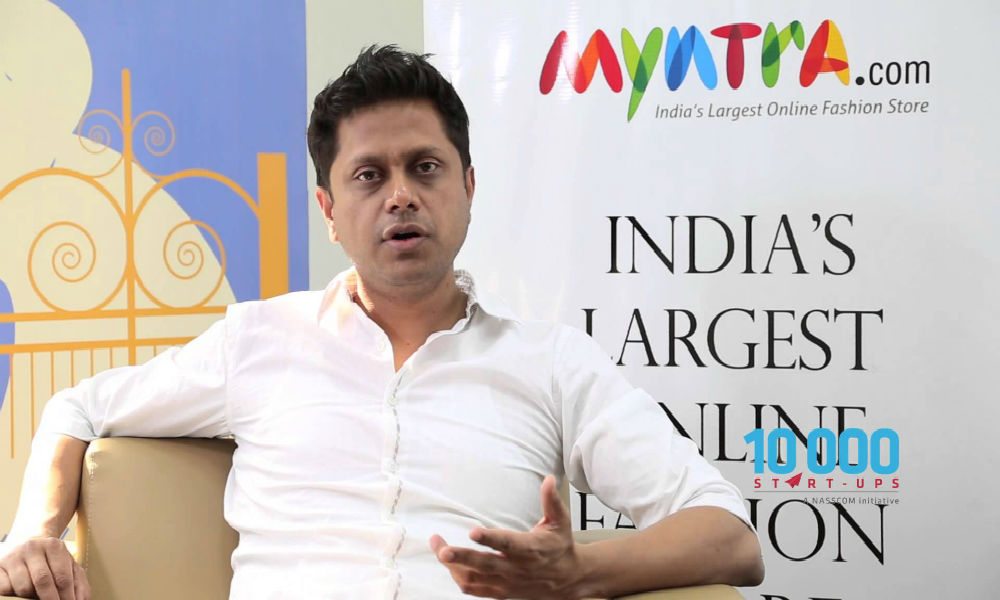 Myntra, Flipkart’s fashion arm has had an interesting two years, to say the least. With the merger taking effect in 2015, the shopping portal received a shot in the arm and a wider subscription base and increased funding to develop tech. First, there was the app-only strategy, then there was the app and website strategy, and finally, 2016 saw the company abandoning its approach and sticking to the basics. In between, it snuck in and stole Rocket-backed Jabong from stronger contenders and consolidated its position in Indian fashion ecommerce in July 2016.

Ankit Nagori and Mukesh Bansal were the frontrunners of Myntra’s vision as it became a force to reckon with. But the beginning of the year saw the departures of both Nagori and Bansal as they decided to focus their attention on founding and growing a couple of ventures – Curefit and Cult. Other faces from top management such as Punit Soni also departed from Myntra as much as the company kept seesawing between its product development strategy.

Mu Sigma: A Divorce And An Uncoupling Of Assets

Dhiraj Rajaram founded B2B unicorn Mu Sigma in the late 90s and turned it into a global contender in a few short years. His then wife Ambiga Subramanian, became the CEO of the company, giving her the distinction of being the first female CEO to head a billion-dollar company. 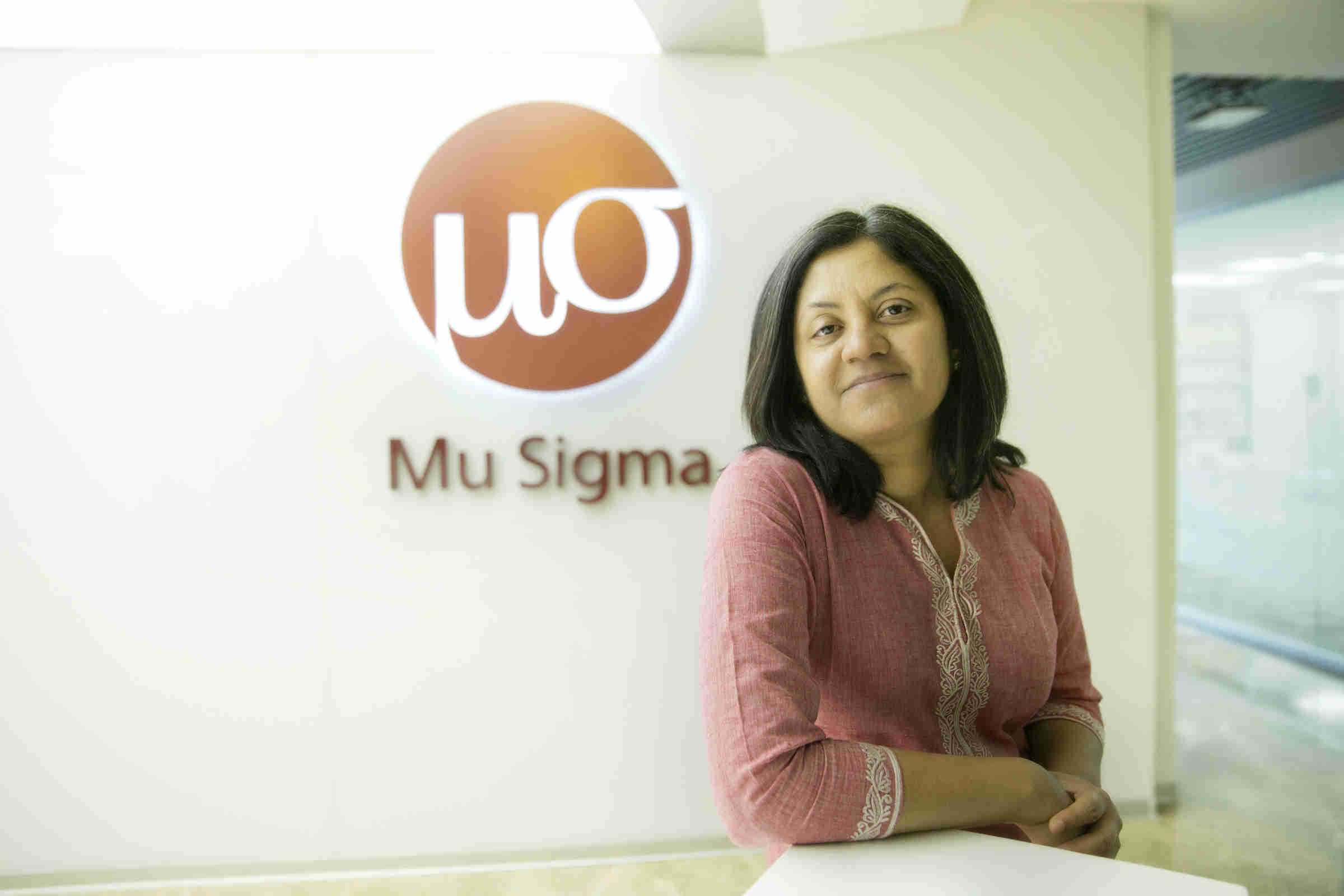 Their subsequent divorce led to a bit of a shake-up in the upper echelons with the management of the company steering in an uncertain direction. But, things became clearer when Dhiraj bought back the stake given to Ambiga, becoming the largest stakeholder in his business.

He also re-established himself as the CEO, while Ambiga became a non-executive Board member, who might have a non-compete clause attached to her departure from the company. 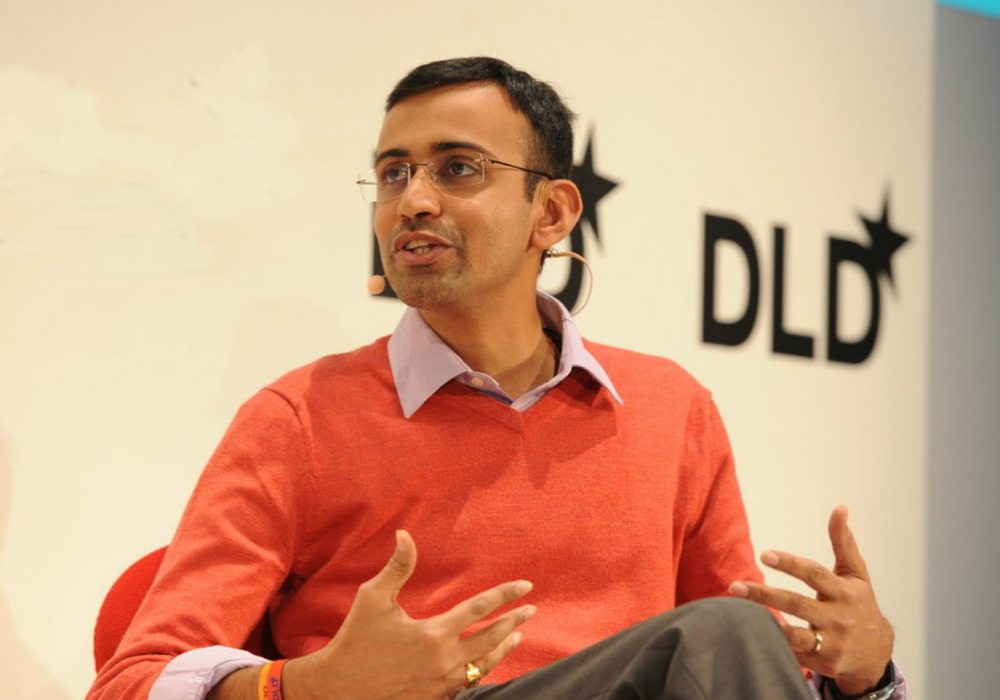 Facebook Messenger has been actively involved in spinning itself off as a separate entity, apart from the social messenger ubiquitous to every smartphone user. In recent times, it has been involved in updates such as the rollout of ‘M’ the first AI system to be integrated in an IM that will act as a sort of office assistant (think Siri or Cortana) and will help users make reservations, pay bills and more.

As a product division is only as strong as its leadership, Facebook Messenger stepped up its game and appointed Anand Chandrasekaran as the head – where he works out of Silicon Valley and he divulged the announcement through his social media account on Facebook.

Anand is the former CPO at Snapdeal who played an instrumental role in integrating more services into Snapdeal’s app and mobile wallet. His departure in May 2016 was tweeted by co-founder Rohit Bansal and the reasons for the same were not named.

Intelligence Analytics – The Damp Squib Of 2016 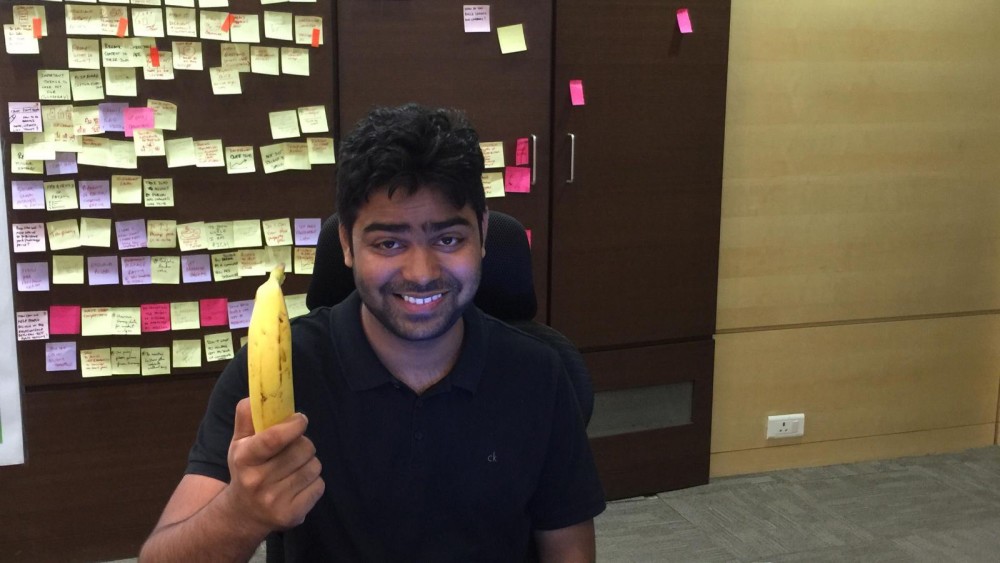 Everything that ever needed to be written about Housing.com co-founder Rahul Yadav, has already been written about. And so, suffice it to say, that after exiting Housing, Rahul started Intelligence Analytics – supposed to provide intelligent data aggregation and visualisation solutions to the Government of India, to make governance 100 times more efficient.

It was backed by big names such as the Bansal brothers, Yuvraj Singh and more to the tune of INR 3 Cr and went nowhere, following the apparent disinterest of its fiery co-founder, leaving former Housing mate Amit Das who joined as co-founder to take up a position at UrbanClap as Head of Design and Product Development. 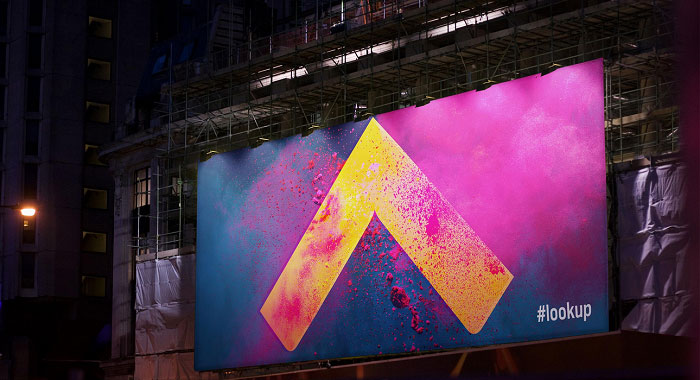 Housing.com began life as a real estate portal built by young IIT graduates who were looking to solve a basic pain point – information about lack of affordable housing. But the brand name of the startup soon got overshadowed by the antics of its then CEO Rahul Yadav.

But it wasn’t just Rahul Yadav who left the once-promising real estate portal in search of other ventures. Advitiya Sharma, the former CEO left in April 2016 to found Genius Teacher – which has reportedly received investor interested to the tune of $2 Mn-$3 Mn.

Co-founders Abhishek Anand, Sanat Ghosh, and Ravish Naresh departed in April 2016, ostensibly to found a startup in HR management. Jaspreet Singh Saluja who left in August 2016 has since become a co-founder in a VR production house called Elyssian Studio and is also building an electric bicycle wheel for the Indian and European markets. 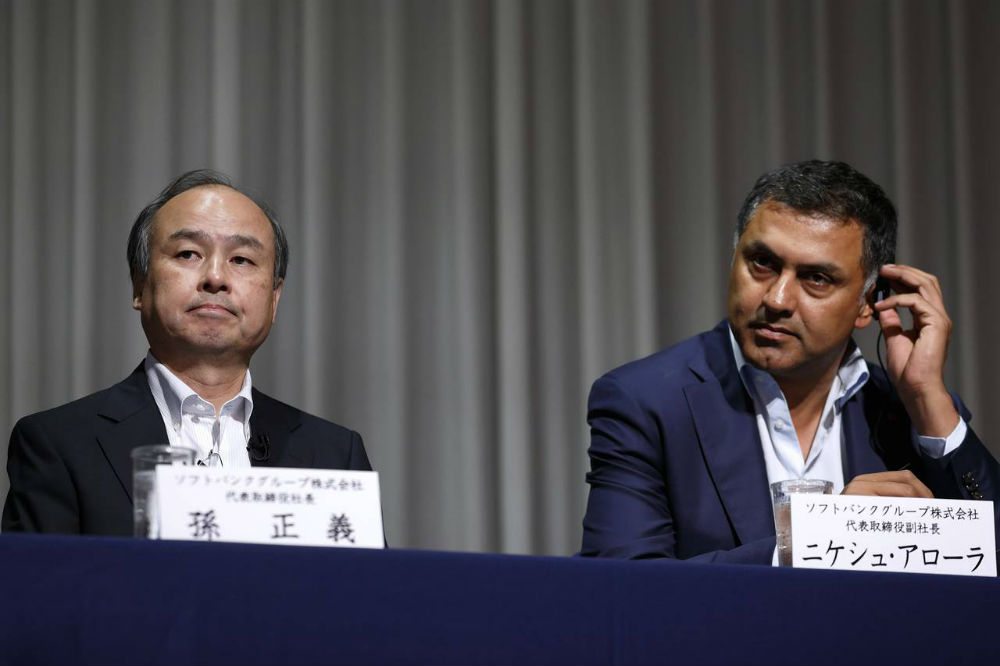 It was only in 2015 that former Google executive Nikesh Arora, favoured son of Masayoshi Son took up the mantle of President at Softbank, even reported to being the eventual successor to the Japanese magnate. But things started to look shaky for the golden boy as an 11-page complaint was filed by a group of investors in Japanese telecoms and SoftBank Group alleging conflict of interest and overcompensation for services rendered, among other charges.

While eventually Nikesh was cleared of all complaints, he did decide to distance himself from SoftBank in a tweet on June 21, 2016 that claimed Masayoshi was going to continue leading the company for 5-10 years, more. Interestingly, his LinkedIn profile lists his current whereabouts as CEO at Sabbatical – Rejuvenating.

Times Group  – A CEO Comes In, A Senior Executive Departs 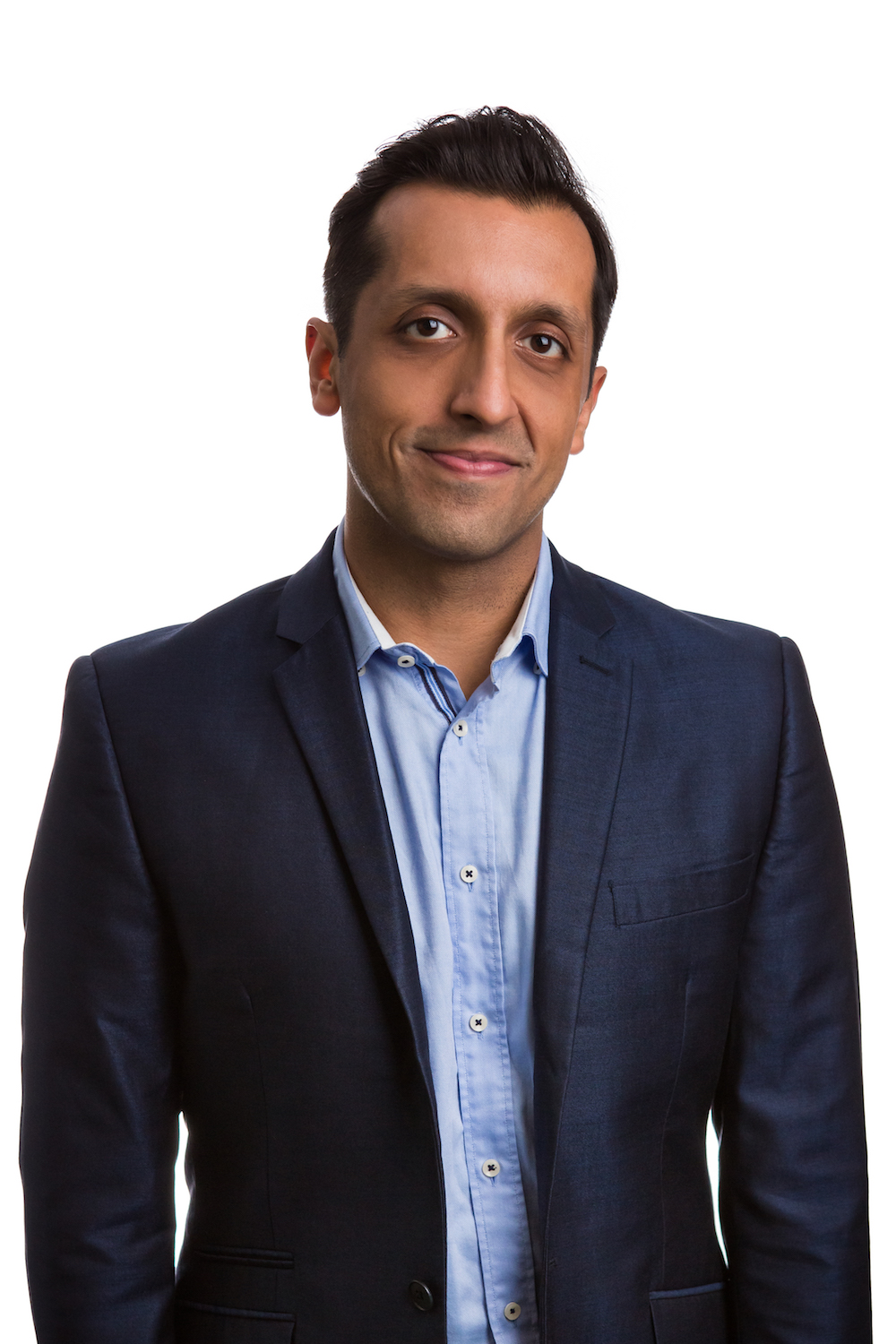 As a legacy conglomerate that is looking to run individual digital startup businesses, Times Internet has always been at the forefront of media and publishing in India.

To this end, Times’ global arm, Global Partners got a new CEO in the form of Rishi Jaitly at the fag end of the year. Rishi was a VP at Twitter for APAC and MENA and is expected to leverage the knowledge and expertise he gained while working with Google’s Eric Schmidt as his Aide.

Deepak Abbot, Head of Mobile Growth for Times Internet too departed in October 2016 to join Paytm as Senior VP – Growth And Marketing. The interesting thing to note about Abbot is that he left Paytm’s Chief Product Officer position to work at Times Internet before being re-appointed in his former company, Paytm.

Paytm, too, has been looking to develop and strengthen its leadership team by appointing the likes of Amit Singhal, Mark Schwartz and K. Guru Gowrappan to its Board of Directors, in a bid to have a strong driving force as it looks to foray into the payments bank vertical.

Change is inevitable as is growth. These appointments are but the tip of the iceberg in a year that has seen tremendous ups and ignominious shutdowns. We wish these movers and shakers and all others all the very best as they continue intrepidly on their startup journey – onwards and forwards again in the coming year.