2 Days, 3 Leaks: Who Needs To Break ‘The 5 Ft Thick Wall’ Of UIDAI If Aadhaar Data Is Available Online?

2 Days, 3 Leaks: Who Needs To Break ‘The 5 Ft Thick Wall’ Of UIDAI If Aadhaar Data Is Available Online? 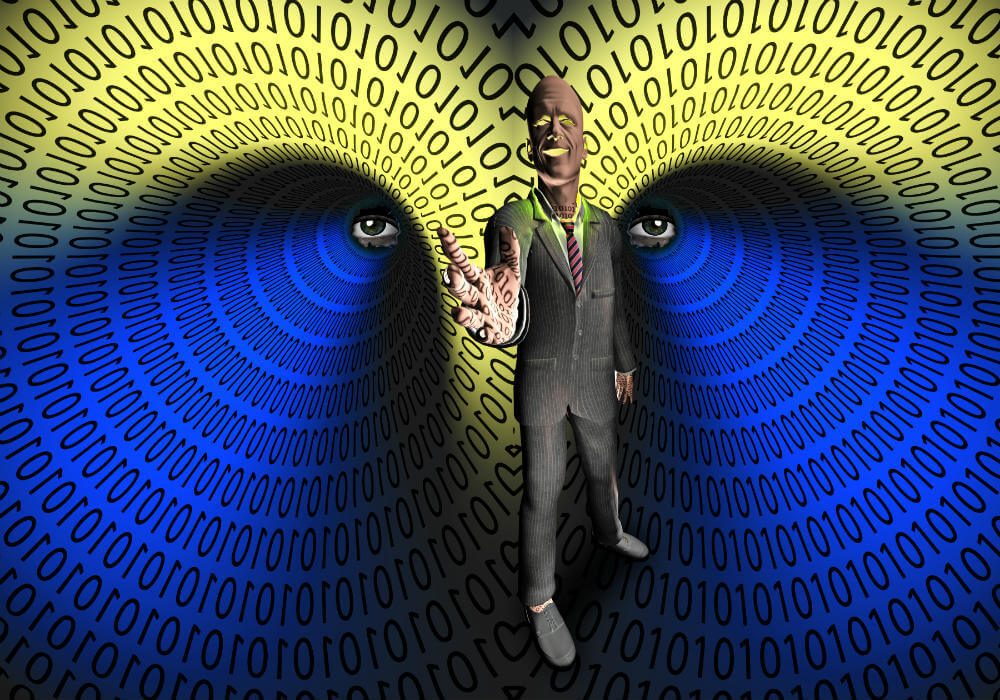 In the times of Facebook’s apology over trust breach, Cambridge Analytica’s dirty data games and the EU and the UK bolstering data privacy and protecting by replacing the 1995 directive with a new strong law – GDPR, UIDAI chose to turn a blind eye over the never-ending Aadhaar data leaks.

Unlike Facebook which immediately offered its sincere apology and other private companies like Cambridge Analytica which even suspended its own chief amid data leaks, UIDAI while initially firmly fought against Indians’ right to privacy in the Supreme Court, later issued a bizarre clarification in the court that the Aadhaar data is protected by 13 Ft high and 5 Ft thick walls.

However, the bizarre clarification and the UIDAI decision to add another layer of Virtual ID security to Aadhaar, yet again, succumbed to the latest massive data leak revelation exposed recently on Twitter.

After the expose, the website has started masking the data. 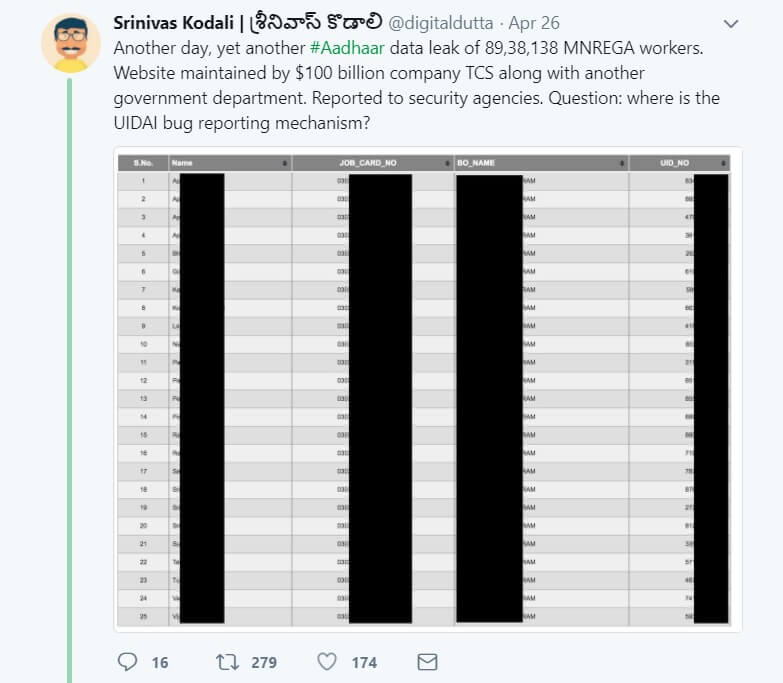 In another latest revelation, Srinivas has further claimed that around 69,83,048 children’s Aadhaar data is available online. Publishing the screenshots of the same, Srinivas yet again has questioned, “Who is responsible to protect their privacy – Govt, parents, teachers or SC?” 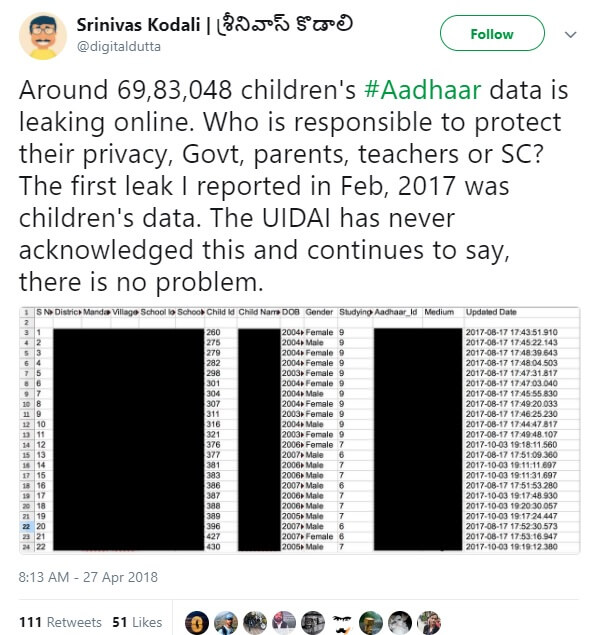 “The first leak I reported was the children’s Aadhaar detail available online, way back in February, 2017. The UIDAI has never acknowledged the leak and sees no problem with the leak.”

Earlier, the Tribune had published how a Rajasthan government’s portal login and password were on sale to access Aadhaar details. The UIDAI, in contrast of issuing an apology, had in fact went on to register an FIR against the journalist.

Interestingly, while the Indian government has expressed dissatisfaction over the “cryptic responses” shared by Facebook and Cambridge Analytica pertaining to the data breach, it has not even questioned or issued any such notice to its own organisation UIDAI, responsible for the Aadhaar data protection across the country.

It’s worth noting that Ravi Shankar Prasad, Union Minister of Law, on September 10, 2017, had tweeted, “Yes, you need to link your mobile number with Aadhaar as directed by the SC.”