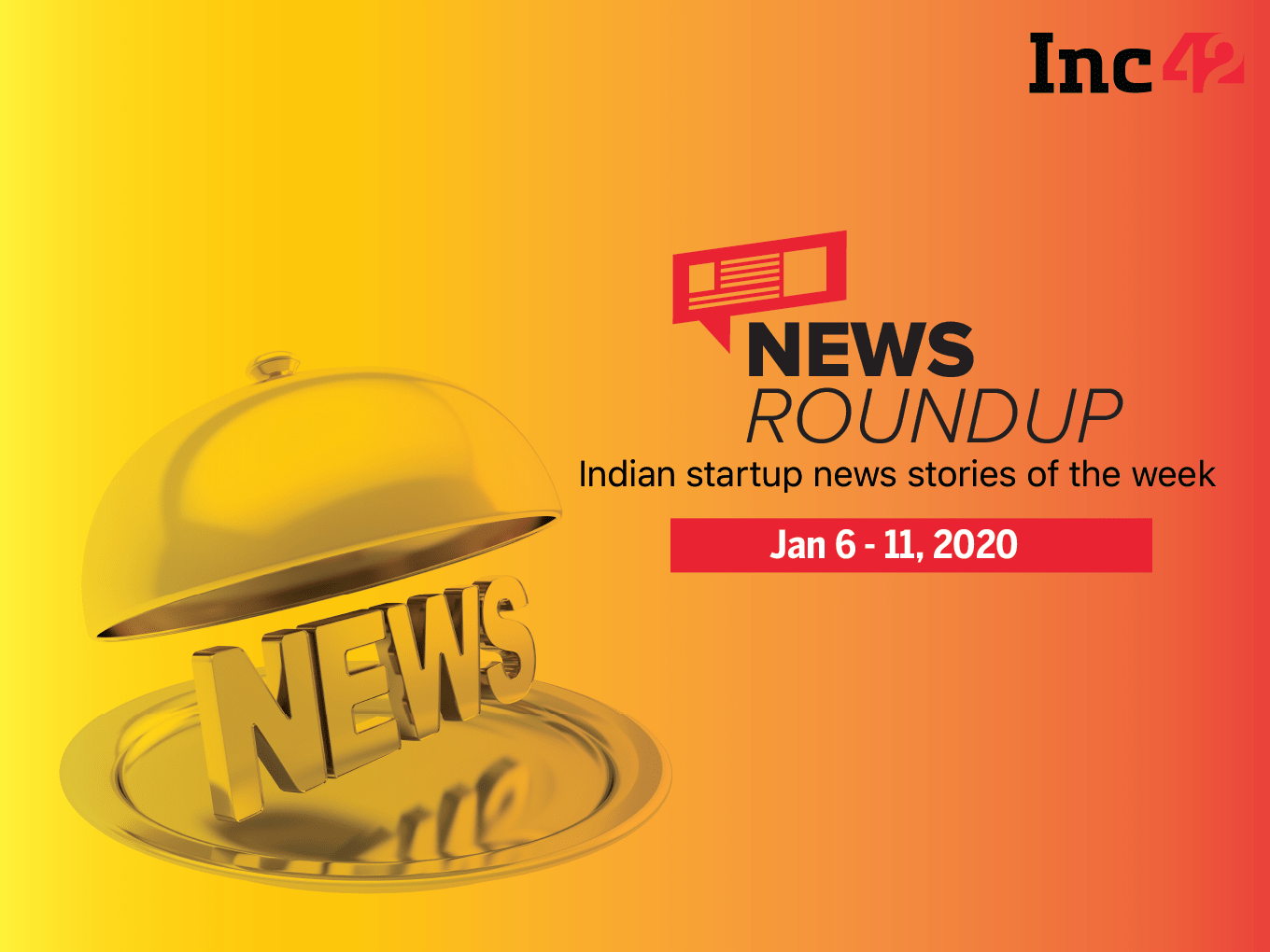 This week, Prime Minister Narendra Modi lauded the spirit and zeal of Indian entrepreneurs. He believes that the startups in India will be playing a prominent role in shaping the country’s future.

The Indian government is also looking to make the startup ecosystem the centrepiece of its goal of becoming a $5 Tn economy by 2024. In line with this, it has decided to set up a startup advisory council to help formulate policies. It is said that the advisory board will be headed by the Union minister of commerce Piyush Goyal, a source close to the development told Inc42.

Union minister of commerce Piyush Goyal, recently, at the inauguration function of National Stock Exchange (NSE) Knowledge Hub, said that the Indian government is betting high on technology to push economic growth in the country. “Use of AI in different forms can help achieve India’s dream of becoming a $5 Tn economy by the end of 2024,” he added.

As the nation prepares for the 71st Republic Day, the Indian government announced that it will be introducing a tableau of Startup India at the parade. The country will be celebrating the spirit of entrepreneurship and startup ecosystem. The government will be unveiling Startup India’s achievements since its launch in 2016.

Accordingly, the company will be charging a standardised commission at 20% nationally to offer a predictability of income to its driver-partners. This move is also said to help Ola conserve cash and streamline payments to partners and reserve up to 5% of earnings to give back to drivers as incentives.

SoftBank Tightens The Noose On Oyo

The Japanese conglomerate SoftBank has given Oyo a deadline of March 31, 2020, to rule out contracts or businesses, which are not EBITDA-profitable. This comes as attribution to the plans of Oyo going public in the US by 2023. This, on the other hand, contradicts Ritesh Agarwal’s public statement of not having plans to go public. But now the company is working on meeting the deadline by SoftBank to turn its business profitable.

The Department of Promotion of Industry and Internal Trade (DPIIT) had called for a meeting on January 7 to solve the growing discontent between restaurant owners and food aggregator startups. The meeting was attended by representatives of the National Restaurant Association of India (NRAI) and food delivery platforms such as Swiggy, Zomato and UberEats.

After the day’s proceeding, NRAI told Inc42 that the discussion was held on three main agendas — cloud kitchens, exclusivity on aggregators platforms and issues with the algorithms used by food delivery platforms and aggregators.

Paytm Brings Its Own Version Of Khatabook

The digital payments giant Paytm recently launched a new feature called Paytm Business Khata. The company said that this will enable merchant partners to maintain digital ledgers of all their customer transactions including cash and credit payments. The credit management feature will set merchants the payment due date for credit transactions and send automated reminders.

This new feature goes in line with already existing merchant credit management app Khatabook, where the platform helps small shopkeepers and kirana store owners in India manage their accounts by helping them track the money owed by them through the means of a digital ledger.

Further, the company has now started charging a transaction fee for users’ adding money to the digital wallet via credit cards. According to Paytm, for the credit card transactions exceeding INR 10K per month, 1.75% + GST will be charged to the user. For transactions less than INR 10K, there will not be any overhead charges.

The Reserve Bank of India (RBI) has now approved video-based Know Your Customer (KYC) to establish customer’s identity. This is said to eliminate the physical KYC procedure and reduce cost significantly. This also comes as a booster move, as fintech startups and NBFCs can now verify and collect customer’s information over a video call authorised by an officer of the Reporting Entity (RE), and only the officials from regulated entitle would be able to do the remote onboarding.

This also comes at a time when the Indian government had announced to revoke merchant discount rates (MDR) charges, which has split the industry into two halves. There has been a mixed emotion in the finance ecosystem — few of them are opposing the move, and some notable players have forward to support the decision. Paytm in support of the move said that the zero MDR can work out very well for the growth of the industry.

The Competition Commission of India (CCI) has come forward to push the self-regulation to mitigate some of the issues that are prevailing in the ecommerce sector. In its report, CCI has asked ecommerce companies to keep a check on themselves on various issues, including discounting, revision in contract, review mechanism, data collection and search ranking and others. It called for a clear and transparent policy on deep discounts.

It also estimated that the revenue from this segment will reach $120 Bn in 2020, growing at a compound annual growth rate of 51%, which stood at 39 Bn in 2017. According to the report, the growth will be fuelled by increased penetration of smartphones as well as the internet in Tier 2 and Tier 3 cities.

CCI has finally given approval to Amazon in November 2019 to buy equity shares for approximately 49% stake in Future Coupon Limited (FCL). Through this partnership, Future Retail Limited (FRL), which is part of FCL and Amazon will be expanding its reach of FCL stores and consumer brands through Amazon India marketplace. This will enable both the players to explore the realm of both offline and online capabilities in creating significant value for its customers.

Reliance-backed fashion ecommerce startup Fynd recently launched an artificial intelligence-powered fashion searching tool called Fynd Now. The tool helps users to search for any fashion products through an image (anywhere on the internet) of the product which they want to buy from Fynd’s online platform.

For instance, a user can simply click the ‘Fynd Now’ tab or crop an item the user wants to buy from anything visual on the internet. The new feature is said to ease the process of searching for a similar product, which a user has seen in a photograph or a video. Thus, eliminating the hassles to search on multiple websites with numerous keywords.

At the CES 2020 event held in Las Vegas, the microblogging app Twitter announced that it will be launching a new feature that will allow users to limit replies on their tweets. This new feature is said to curb cyberbullying and trolling. It gives users the option to tailor the replies under their tweets  — includes four features like Global, Group, Panel and Statement. Kayvon Beykpour, the VP of product at Twitter said that the primary motive behind this feature is ‘control.’ Currently, the feature is in the experimentation stage and will be launched to the users soon.

TikTok Fixes Vulnerability In Its App

ByteDance-owned short video app TikTok fixed a vulnerability in its app that allowed hackers to manipulate content, upload unauthorized videos, delete videos and tamper with user’s video by making private ‘hidden’ videos public and extract confidential information of users through SMS containing a malicious link. The situation came to light after US-based cybersecurity firm Check Point Research exposed the vulnerability. The team discovered multiple loopholes which a hacker can use to conduct the attack which gives total control over TikTok accounts.

The global social media giant Facebook has decided to act on the problem of deepfake videos by marking them so that users can be aware of such videos. It said that the removal of such videos is not possible as they might be available on other platforms. To tackle this problem, Facebook has come up with a set of guidelines, which is said to investigate, identify and collaborate with academia, governments and industries to expose people sharing such fake content on social media.