Mobile World Congress gets cancelled due to fear of COVID-19 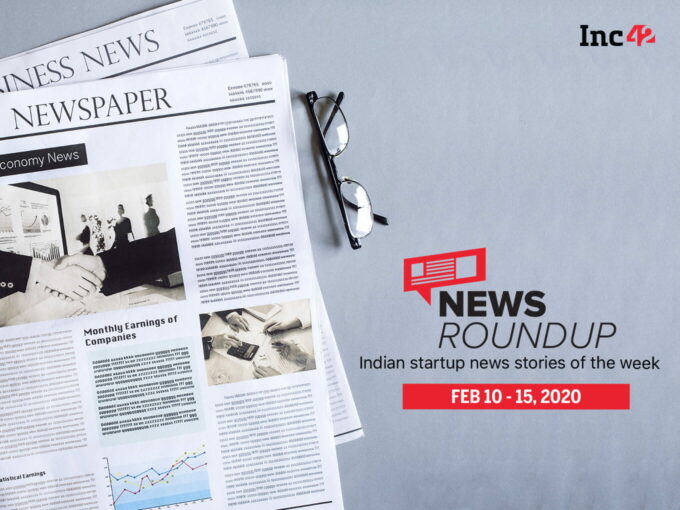 In one of the most important developments this week, the world’s largest technology event, Mobile World Congress (MWC), which was supposed to be held in Barcelona between February 24 and 27 has been cancelled. The decision to cancel MWC comes after the Global System for Mobile Communications Association (GSMA), which organises the show, received several exhibitors and companies withdrawing their participation due to the fear of Coronavirus (COVID-19) outbreak.

GSMA said in a statement that the global concern regarding the coronavirus outbreak makes it impossible to host the event. It further said that the global tech event has been called off as a measure to maintain a safe and healthy environment in the host country.

According to Coronavirus COVID-19 Global Cases by Johns Hopkins CSSE, the website showed 64,460 confirmed cases, out of which 1,384 deaths have been recorded till date, across the world.

The fear of COVID-19 does not end here. It has impacted the Indian smartphone manufacturers, where they will be witnessing a drop in the production, sales and delay in the launch of new phones in the upcoming quarter (April to June). The temporary setbacks are due to the shutting down of mobile component factories in China. While Xiaomi is expected to experience a 10 to 15% drop in its production, Apple iPhone is currently witnessing a crunch in the availability of the iPhone 11 Series in India.

In another update, San Francisco-based software development company GitHub, which has a third-largest number of active developers in India, will be setting up a centre in the country. The CEO of GitHub said that the company witnessed a growth of public repositories by 75% and the community in India saw a 22% growth. It has appointed Maneesh Sharma as the general manager of GitHub India, who has previously held senior leadership roles at Adobe and SAP. As the country head, Sharma will be looking after the growth strategy of GitHub’s Indian operations.

After the Supreme Court of India urged to direct Reserve Bank of India (RBI) for WhatsApp Payments to officially run its trails in India earlier this month, the WhatsApp Payments path ahead seems cloudy. The Centre for Accountability and Systemic Change (CASC), a government think-tank, which works towards governance and judicial reforms, has sought an immediate rollback of its pilot project. “One million Indians cannot be reduced to guinea pigs. Their sensitive personal information, including financial data, cannot be stored outside India in contravention to the RBI circular,” the think-tank added.

The online food aggregator unicorn Swiggy has launched exclusive delivery-only food brands on the mobile platform called Swiggy BrandWorks. As part of the brand exercise, it has selected Berco’s Restaurant, The Story of a Chinese Chef, Baba Yega Burgers and Burger it Up among hundred such food brands co-created with 95 restaurant partners across 13 cities. The food aggregator will be sharing its data with these restaurants which will enable them to understand market needs and also help them set up cloud-kitchens as well.

Swiggy said that this is an asset-light and low investment model which will help restaurants increase their capabilities and expand locally under the co-created brand.

After the launch of the Motor Vehicles (Amendment) Act last year, the transport ministry is revisiting the act around cab aggregator companies like Ola and Uber. It is now finalising guidelines and looking for final consultations. The new regulations will be a slight modification to the existing motor act. The upgraded regulation defines cab aggregators as the marketplaces for transportation, and not to be treated as a separate entity from other transport solutions.

Accordingly, the government is looking to ensure the safety of passengers, quality of drivers, the high penalty for violating licensing conditions, a cap on surge price, uniform guidelines for cab aggregators and others.

The fintech unicorn Paytm has launched MyStore on its merchant focussed mobile application — Paytm for Business to tap the social ecommerce segment in India. With this, merchants can now not only upload and sell their own products but also can become resellers on the platform by listing it on MyStore through social media platforms such as WhatsApp. The reseller can earn an extra commission if an individual buys products from the links shared by Paytm for Business users and place orders on behalf of their customers. Buyers, on the other hand, can negotiate with resellers on social media platforms to buy the product at suitable prices.

It has to be noted that the logistics and return policies of MyShop are currently supported by Paytm Mall. There are very a few categories of products such as fashion, cookware, jewellery and others, on the platform.

The RBI has invited startup, tech companies and other businesses to compete directly with the National Payments Corporation of India (NPCI), which has been instrumental in developing national digital payments infrastructure. In other words, the fintech companies can now explore multiple modes such as ATMs, point-of-sale (PoS) devices, Aadhaar-based payments and others.

To take this forward, RBI has prepared a draft framework for authorisation of a pan-India New Umbrella Entity (NUE) for retail payment systems, where it has set minimum capital requirement of INR 500 Cr and has imposed conditions in shareholding patterns for any potential company seeking for approval. One such condition includes owners or promoters who need to have at least three years of experience in the payments ecosystem.

Bengaluru-based B2B ecommerce startup Shopx in collaboration with LoanTap Financial Technologies has launched ShopX Suvidha. The new platform is said the offer quick loans to retailers ranging from INR 25K to 5 Lakh. Through this partnership, the duo will be providing merchants easy access to credit, along with flexible and one-tap repayment options. At present, the credit service is available to one lakh small retailer across 16 cities India.

Uber Money, a payment gateway platform by Uber recently announced that it will be setting up its talent base in Hyderabad, India, where more than 100 tech professionals will be working for Uber’s fintech wing. The team will be responsible for developing global financial products and technology innovations in the areas of real-time earnings, debit cards for Uber drivers, along with Uber Wallet and refreshed Uber credit card for Uber riders and more.

In an ongoing case against Amazon related to an antitrust probe by the Competition Commission of India (CCI), the Karnataka High Court (HC) has granted Amazon interim relief. The ecommerce giant argued before the HC stating that the allegations against Amazon are without application of mind, vague and unreasonable. To this, CCI had said that it will not stop the investigation as the claims by the ecommerce company are baseless.

Harish Narsappa, the CCI’s lawyer for the case, senior counsel said that Amazon’s claims were ‘mischievous.’ The ecommerce company is trying to misguide the court by telling it that CCI was overstepping its jurisdiction by ordering the investigation, he added.

Shein, ClubFactory, Other Foreign Ecommerce To Get Expensive

The Indian government is planning to introduce a prepaid tax and custom duty for cross-border transactions. If this happens, Indian consumers who purchase products from foreign ecommerce platforms like Shein, ClubFactory and others, may have to pay higher prices for some items. The move comes as a measure to stop illegal imports. Additionally, the government could ask foreign ecommerce platforms to pay a tax and customs duty through an official portal, before being able to receive the goods at Indian ports. However, the authority said that the prepaid customs and integrated and service tax (IGST) rates and policy will be passed after consulting stakeholders.

USA Eavesdrops On The World

In one of the most shocking revelations, Switzerland-based communication and information security company Crypto AG has been providing a secure communication channel for spies, security and intelligence agencies to the governments around the world for decades now. According to several media reports, the company has been caught for sharing confidential information with the Central Intelligence Agency (CIA), an intelligence agency of the US.

Ahead of Trump’s visit to India (February 24 and 25), the US government has reportedly thrown allegations against Chinese electronics and networking giant Huawei, saying that the company has installed backdoors and is spying on foreigners on behalf of the Chinese government and request all the countries, including India to not support them. This also comes at a time where China is going through a tough time railing between the US-China trade and Coronavirus outbreak.

Also, Microsoft CEO Satya Nadella is planning to visit India between February 24 and 26, 2020. The purpose of the visit is yet to be disclosed. However, few media reports suggest that Nadella will be meeting senior leaders in India, along with Prime Minister Narendra Modi.

The entertainment giant Warner Bros looks to expand its presence in India. According to media reports, the company is scouting for 20,000 to 30,000 sq ft space in malls in top cities across the country. This could be an attempt by Warner Bros to setup entertainment centres with kids playing areas decorated with DC characters, including Batman, Superman, Joker and others.