Indian epharma market may reach a combined market size of $2.7 Bn by 2023 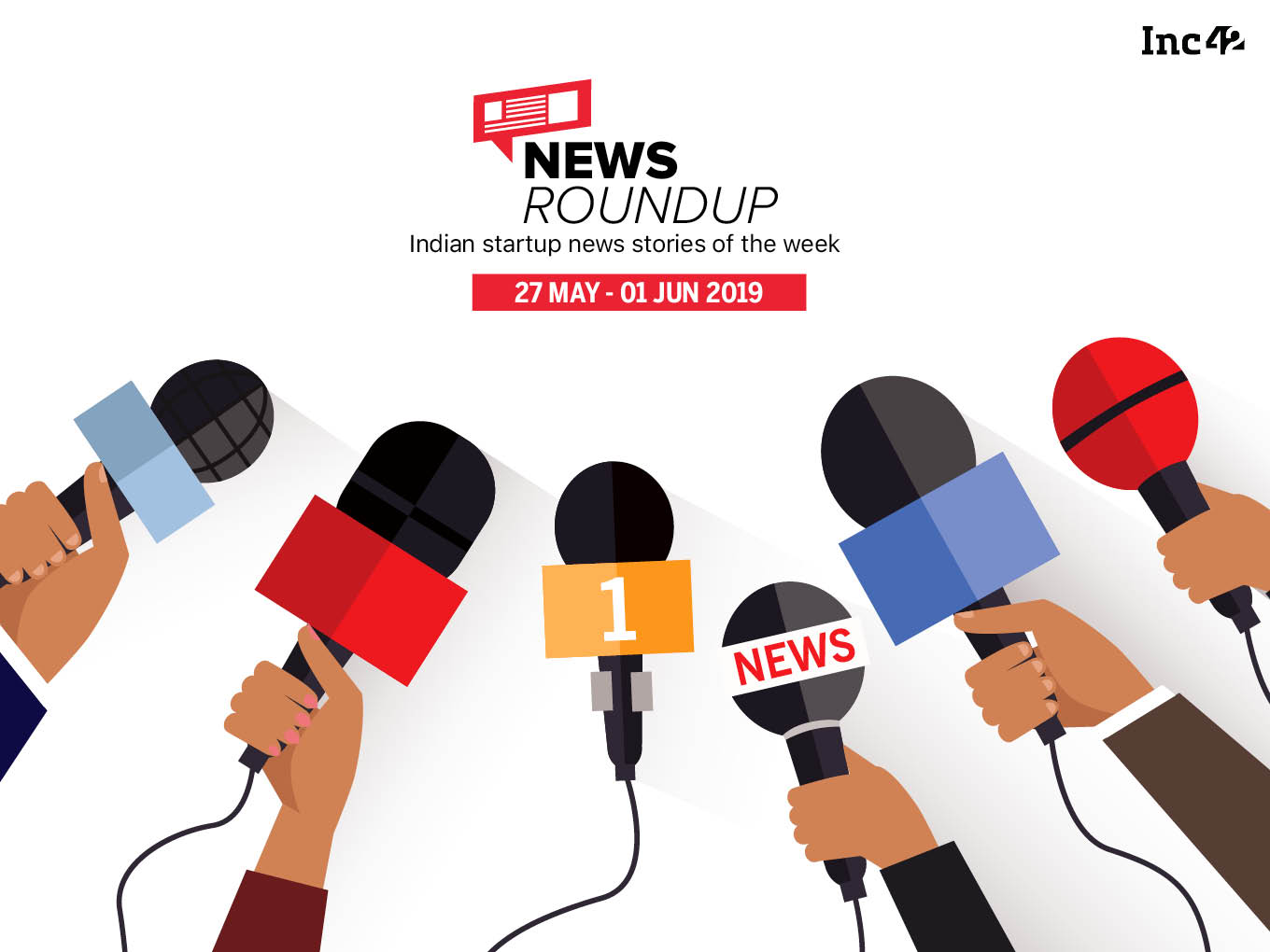 This week, India conducted elections, re-electing the Modi-led government for the second term. Considered as a pro-technology, pro-innovation, pro-startup and pro-youth government, soon after the election, it is  planning to ease the tax norms, thereby helping more startups to avail the current offering of 100% deduction under the income tax law.

At the same time, Ramesh Abhishek, secretary, DPIIT revealed that 541 startups have been granted angel tax exemption by CBDT so far.  A national policy for skilling and reskilling of the nation’s youth in advanced technologies such as machine learning, artificial intelligence, and internet of things (IoT) is further in process.

In another major development, India moved up one place to rank 43rd in the list of most competitive economies in the world, banking on its steady economic growth, huge untapped market size and massive labour force, while Singapore has taken over from the United States to reach the top position.

There’s a lot more that happened this week, from new startups getting listen on the emarketplace to RBI lifting ban on banks for using Aadhar for KYC. Here are more Indian startup news from the Indian startup ecosystem.

The Department for Promotion of Industry and Internal Trade (DPIIT) has now issued its order to promote women entrepreneurship in the country. In the list of guidelines, it is stated that at least one-third of the beneficiaries of all programs organised by DPIIT should be women. It is also mentioned that DPIIT shall work with other government departments to reserve one-third of the benefits for women for all startups and entrepreneurs specific scheme. Startup India will also design women-focused entrepreneurship development programs both online and offline.

NITI Aayog To Rank States On Their AI Adoption

The government think tank Niti Aayog is looking to give AI development a shot in the arm with an AI readiness index to rank states on their adoption of AI, as well as their use of AI innovations for public service and governance. The AI index would join the commission’s health, education and water composite indices, as well as the agriculture index, in ranking states based on certain key indicators. While the parameters for the index are yet to be finalised, it could take into account the state’s initiatives on AI, the digital skills among residents in the state, degree of innovation among existing startups, and data capacity among other factors.

New Startups Looking To Get Listed On Government Emarketplace

Central and state governments and public undertakings are the new customers for consumer goods and services startups in the country as this previously untapped market is getting more and more organised and streamlined.Furniture renting startup RentoMojo and Gurgaon-based hyperlocal services provider UrbanClap have held multiple rounds of talks with GeM which could potentially help them sign contracts with government entities.

RBI Lifts Ban On Banks From Using Aadhaar For e-KYC

The Reserve Bank of India has said that banks can now use Aadhaar for KYC verification if the customer gives consent. The central bank also updated Aadhaar to its list of documents eligible for identification of individuals on Wednesday. After last year’s Supreme Court order prohibiting the use of Aadhaar for KYC due to privacy concerns, the Union Cabinet had approved promulgation of an ordinance to allow voluntary use of the Aadhaar number as identity proof for opening a bank account and procuring mobile phone connection in February.

Bengaluru-based women and parenting focused social networking app, Healofy, has been dropped from Google Play Store for allegedly violating Google’s developer policy. The app has been unavailable for over 72 hours. However, what is the exact violation of Play Store policy by Healofy is yet to be known. According to the sources, Google provides a month’s time before taking down an application. These violations could be anything related to restricted content, spam, and store listing or promotion to attract users.

Paytm To Support Govt In Next Wave Of Digital Transactions

A notice asked Paytm Payments Bank to clarify their stand on a public interest litigation filed against the fintech company for overstepping its banking licence. The PIL filed stated that Paytm Payments Bank Limited was granted a payments bank license under Section 22 of the Banking Regulation Act, 1949 by the RBI in January 2017. The PIL says that these guidelines do not allow credit or loan disbursement activities or products as authorised activities for a payments bank. With this, the petition said that its postpaid wallet is illegal and contrary to the banking laws and regulations.

Reliance, BYJU’S And Flipkart Up Their Game

According to a new EY report, epharma players are expected to reach a combined market size of $2.7 Bn by 2023 from about$360 Mn currently in the next four years. The key growth drivers for epharma market are increase in internet penetration and smartphone ownership along with the ease of ordering medications through an ecommerce platform, increase in chronic diseases, rising per capita income and resultant healthcare spend.

In a bid to support small and medium enterprises with a turnover less than INR 1.5 Cr, the Goods and Services Network (GSTN) has announced free accounting and billing software. The free GST accounting and billing software is available to the active taxpayers, SEZ Developers/SEZ Units and taxpayers who have opted for composition scheme under the Goods and Services Tax (GST) regime.

Walmart To Expand In Tier II And Tier III Cities

The US retail company, entered India in 2009 and now operates 24 stores in 9 states and 20 cities, aiming to double its store count in the next 3-4 years. The company, however, thinks that “going pan-India may still not be needed”, as it believes that its current presence and India’s smaller cities offer a lot of growth potential. The company’s next phase of expansion would see it operating in Andhra Pradesh, Telangana, Maharashtra UP, Uttarakhand, Punjab and Haryana.

ByteDance is getting into hardware with its own phone with pre-installed ByteDance’s apps such as TikTok, Toutiao, BuzzVideo, Vigo Video and more. This would be supported by company-acquired certain patents and a few employees from phone maker Smartisan. In January, at the time of acquisition, ByteDance had said that the deal was done to “explore the education business.”

Andhra Pradesh government has once again exposed Aadhaar data of thousands of its state farmers. The state government’s Agricultural Ministry website has publicly uploaded the list of its scheme beneficiaries containing private details such as mobile number, caste, village division, in addition to the benefactor’s aadhaar number.

A Way Around For Delivery Executives

MyGate, India’s leading community management platform, today announced the launch of a silent and secure delivery experience for its users. This will enable its users to approve the entry of delivery executives without any interaction with the main gate and further strengthens the security protocol at MyGate communities. MyGate’s users must enable the feature for auto-approval of deliveries from their preferred brands. For each delivery to the user, the brands will then share the assigned delivery executive’s details with MyGate.

Paytm Money To Offer Mutual Funds Investments From All AMCs

Paytm Money becomes the first platform in India to offer Mutual Funds Investments from all AMCs. It offers investing in direct plans of all 40 Mutual Fund companies in India. Franklin Templeton India & ITI Mutual Fund are the latest additions to the list of AMCs now available on its app.

Through this facility, OYO provides better renovation assistance to asset owners in the form of easy to avail, hassle-free and collateral-free trade advances within 48 hours. OYO will provide a CIB Calculator which will allow asset owners to enter the building code and the business advance amount required along with the tenure of the advance. The calculator will then tell them whether the building is eligible for the advance along with the charges applicable.

Alibaba Cloud, the data intelligence vertical of Alibaba Group, has announced a China Gateway Programme to ease the entry of international companies into China. The company also stressed on the importance of Indian market for its cloud-enabled services. Under the China Gateway Programme, the regional partners will support international companies by connecting them with Chinese companies and consumers through the Alibaba ecosystem.